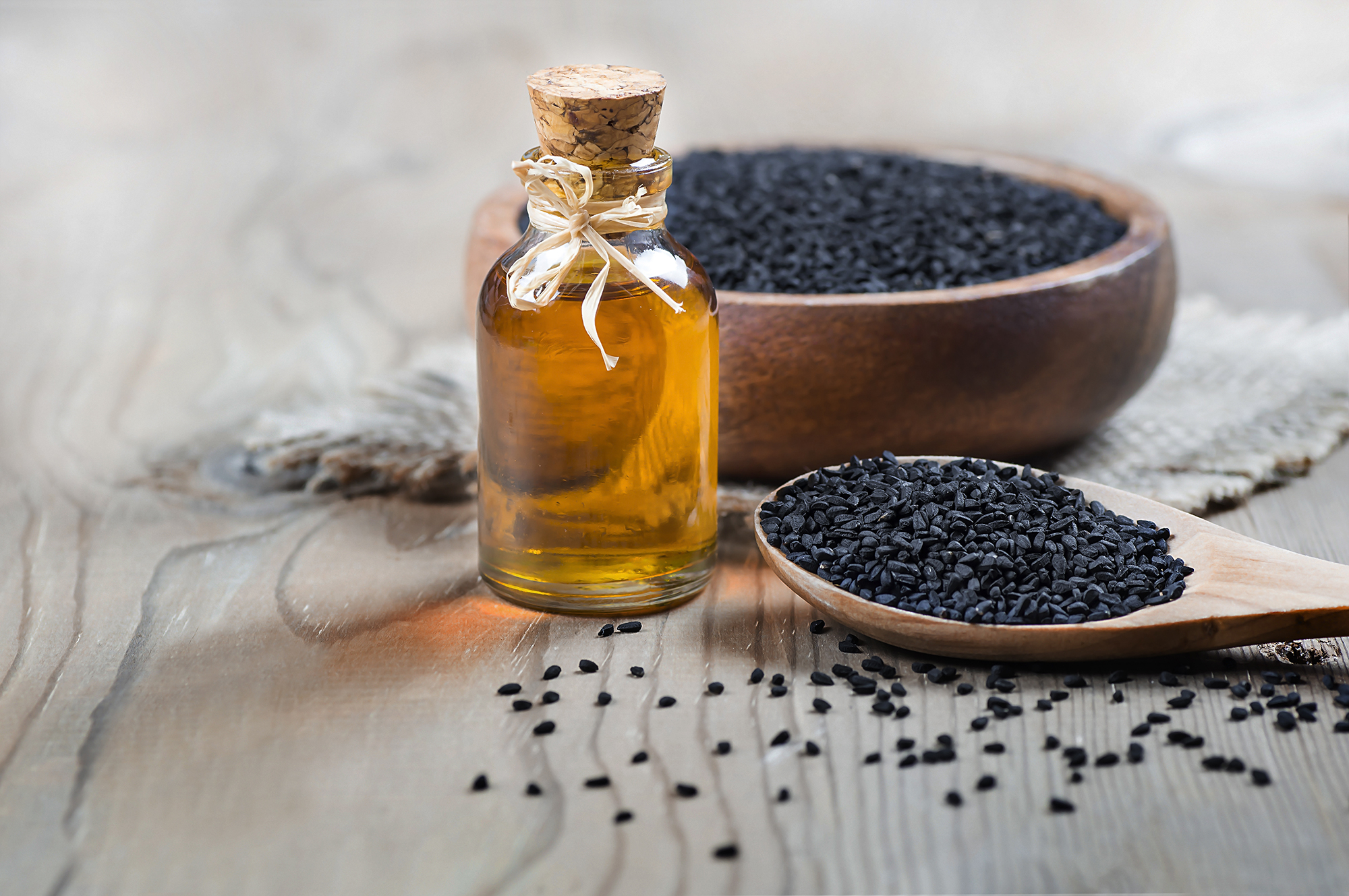 Black seeds and their oil have a long history of folklore usage in the Indian and the Arabian civilizations as food and medicine and have been commonly used as treatment for a variety of health conditions pertaining to the respiratory system, cardiovascular system, and immune system support, as well as for general well-being [1].

Black cumin is best known as an anti-inflammatory supplement. Could it be helpful in coronavirus infection?

A boiled extract of the seeds improved asthmatic symptoms in one study (15 mL/kg of 0.1 g boiled extract daily) of 29 asthmatic patients. It reduced the frequency of asthma symptoms, wheezing, and improved lung function over 3 months. The patients who took black cumin seed extract also had a reduced need for additional medications and inhalers [2].

A meta-analysis of 4 clinical trials concluded that black seed oil may help as an add-on to conventional treatments for asthma [4].

Black cumin seed’s anti-inflammatory effects have been useful in clinical trials of asthma.

One review (of 4 studies, a total of 152 patients with allergic diseases) concluded that black cumin seed oil may help with allergies. When used as an add-on to conventional therapy, it reduced subjective allergy symptoms, including asthma, eczema, and stuffy nose [8].

Some scientists believe that black seed may also help with breathing problems that are not caused directly by allergies. The boiled extract of the seeds improved breathing and lung function, reducing the need for inhalers, in a study of 40 chemical war victims who had breathing difficulties [11].

Black cumin has shown the potential to improve breathing in people with lung inflammation and damage.

In a clinical trial on 186 people with inflammation in their tonsils or throat, capsules containing black seed and chanca piedra extracts relieved pain and swallowing difficulties, and reduced painkiller use [16].

Black cumin seed improved the symptoms and reduced viral load in patients with hepatitis C in a study of 30 people [17].

In another study of 75 patients with this condition, black seed alone (500 mg) or combined with ginger (500 mg) had similar beneficial effects [18].

Anecdotally, black seed oil has been reported to decrease the viral load until making it undetectable in 2 people infected with HIV [19, 20].

Black seed extract, echinacea, and their combination stimulated the immune responses to the vaccine against the flu in chicken and mice [22, 23].

Black seed extract and its compounds inhibited the following viruses in test tubes:

Black cumin has shown promising antiviral activity in people and animals. However, its effect on SARS-CoV-2 is unknown.
Get Your Personalized COVID-19 DNA Report