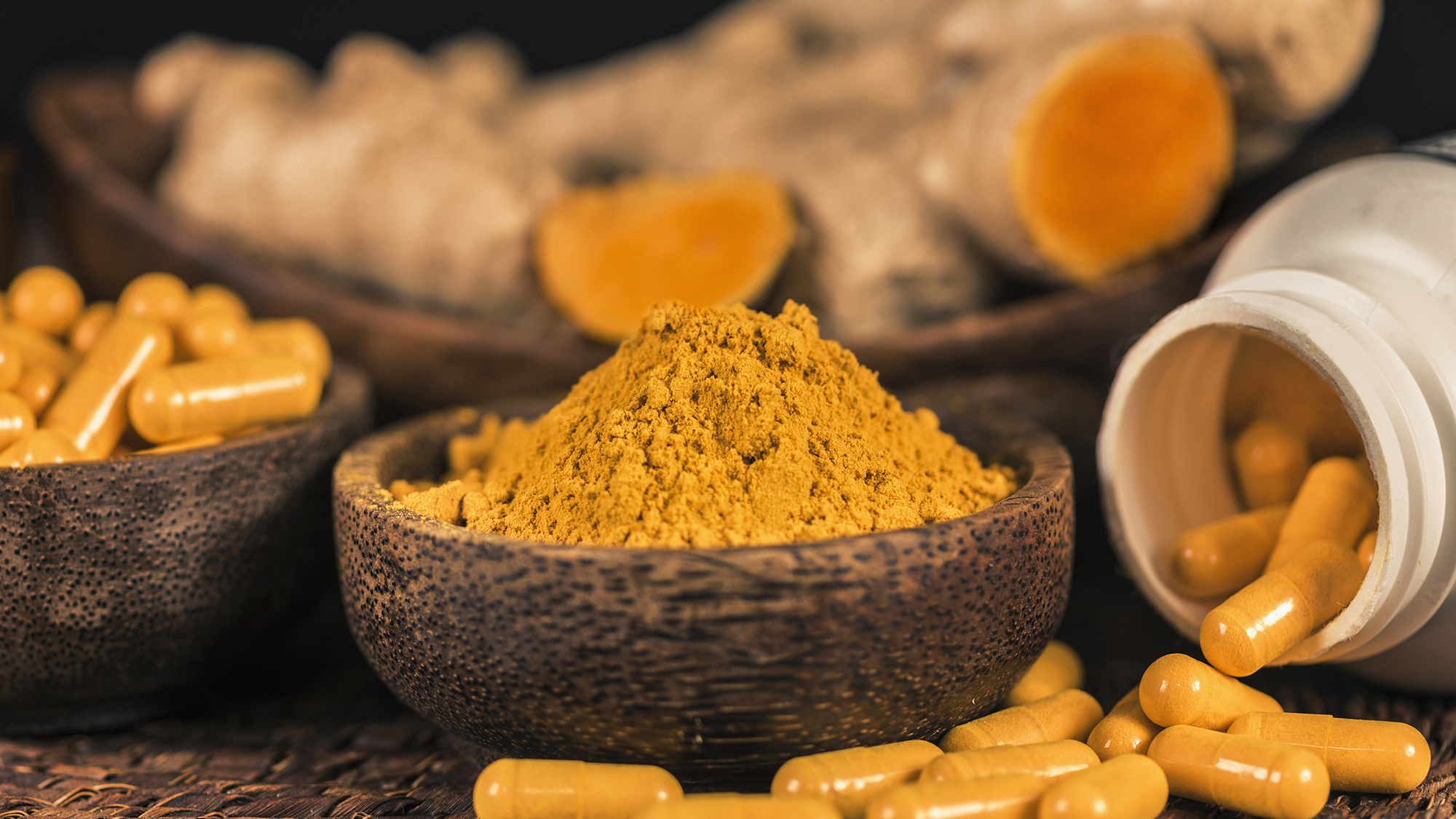 Turmeric (Curcuma Longa), most commonly known as the spice found in curry, is not only known for its flavor, but for its purported health benefits as well. Its active compound, curcumin, is a popular and well-known anti-inflammatory supplement [1].

In a study on almost 2,500 people, eating a diet rich in curcumin was associated with an improved lung function, especially among current and past smokers [3].

In asthmatic mice, curcumin reduced symptoms such as airway inflammation and mucus overproduction, the levels of inflammatory markers, and airway remodeling [4, 5, 6, 7, 8].

Because curcumin blocks cytokine release, it has been suggested to prevent life-threatening complications of severe viral infections such as ARDS and cytokine storm [9].

In mice with acute lung injury caused by severe bacterial infections, curcumin (injected, as a nose spray, and directly delivered into the lungs) prevented its progression to ARDS by reducing lung inflammation, swelling, and damage [10, 11, 12, 13, 14].

A recent study in mice suggested that curcumin protects from ARDS by promoting the development of anti-inflammatory Tregs [15].

A pharmaceutical company (SignPath Pharma) is currently developing a curcumin-based treatment for ARDS associated with COVID-19 [24].

In rats with COPD caused by cigarette smoke, curcumin reduced damage to the airway lining and inflammatory markers [25, 26].

The anti-inflammatory and antioxidant activity of curcumin protected mice from cytomegalovirus infection as effectively as the antiviral drug ganciclovir [29].

Curcumin delivered into the vagina reduced inflammation and tissue damage in female rats with genital herpes. However, it failed to prevent the infection in healthy ratas [30].

In mice infected with the coxsackievirus B3, curcumin increased survival and reduced weight loss, inflammation, and heart tissue damage [31].

In turkeys challenged with avian flu (H9N2), supplementation of the feed with curcumin and thymoquinone reduced virus shedding and enhanced immune responses [32]

A molecular simulation study identified curcumin and some of its derivatives as potential inhibitors of the ebola virus [60].

In a similar study, both curcumin and its derivative demethoxycurcumin were identified as potential inhibitors of SARS-CoV-2 capable of targeting its main protease [61].

This mechanism can add to the ability of curcumin to inhibit enveloped viruses by breaking down their fatty membrane [62].

Curcumin has shown antiviral activity on direct contact, and it appeared to protect experimental animals from viral infection.
8 Ways To Use Your DNA & Optimize Your Health