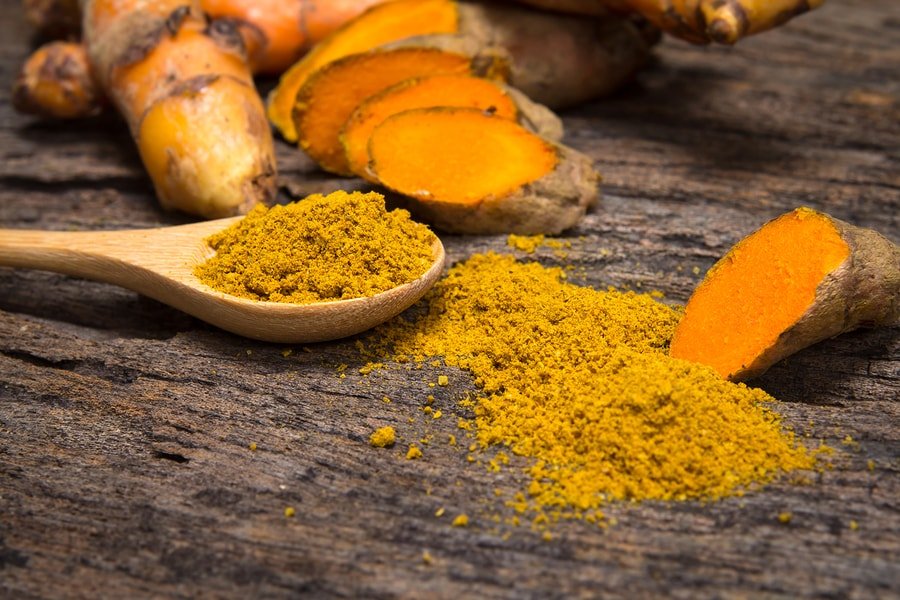 Curcumin is a well studied and versatile supplement. Nonetheless, most of its purported benefits lack solid research. This post will help you understand when curcumin is likely to be effective and when there are not enough data to say. Read on to discover the science behind curcumin supplementation.

Conditions That May Benefit From Curcumin

Note that turmeric is not bioavailable. Taking regular curcumin supplements will unlikely provide benefits outside the gut [1, 2]. Some forms of curcumin may be more bioavailable (such as CurcuBrain).

Turmeric (Curcuma Longa), most commonly known as the spice found in curry, is not only known for its flavor, but for its purported health benefits as well.

Curcumin supplements have not been approved by the FDA for medical use. Supplements generally lack solid clinical research. Regulations set manufacturing standards for them but don’t guarantee that they’re safe or effective. Speak with your doctor before supplementing.

According to the National Center for Complementary and Alternative Medicine (NCCIH), there’s a lot of research about turmeric or curcumin, including human studies, for a variety of health conditions [3].

However, strong evidence is lacking to support claims that curcuminoids from turmeric help reduce inflammation [3].

Turmeric contains several major constituents known as curcuminoids, which typically make up about 3% of its weight in commercially available preparations [4].

Curcumin is known to be the most active phytochemical of the four curcuminoids found in turmeric. It makes up 77% of curcuminoids [5].

Research suggests that specific turmeric extracts (Meriva, Indena), alone or in combination with other herbs, may reduce pain and improve function in people with knee osteoarthritis [6].

Three-month supplementation with 200mg/day of a curcumin-phosphatidylcholine complex (Meriva, Indena) decreased pain scores by 58% and increased walking distance by over 400% in osteoarthritis [7].

Curcumin has also been researched for its potential to regenerate cartilage [8].

The effect of curcumin appears to be greater for middle-aged people compared to older people. Better effects were also seen in people who supplemented for at least 6 weeks and who used at least 1 gram daily [10].

Scientists are investigating whether curcumin affects the development of new cells and BDNF stores in the hippocampus in chronically stressed rats (a model of depression in animals) [12].

Other active areas of research are looking into the effects of curcumin on blood cortisol levels and cortisol sensitivity (Glucocorticoid Receptor Expression), NMDA and 5HT2C receptor activation, and glutamate activity in the brain [13, 14, 15, 16].

In mice, potential interactions and synergistic effects between curcumin (+piperine) and SSRI and SNRI antidepressants are being researched [17].

Scientists are exploring curcumin’s NAFLD-related mechanisms in animals and cells. Some hypotheses suggest that curcumin improves NAFLD by raising leptin sensitivity, inhibiting obesity-induced inflammation, and lowering LDL cholesterol and triglycerides. These mechanisms remain to be confirmed in humans [20, 21].

The effects of turmeric on cholesterol levels are mixed.

Based on the available evidence, it’s possible that curcumin has no effect on peptic ulcers [27, 28].

Existing studies suggest that curcumin doesn’t improve radiation dermatitis, which is a type of skin damage and irritation caused by radiotherapy [29].

The existing evidence does not support the use of turmeric in patients with Alzheimer’s disease.

In a small trial, 1-4 g/day of curcumin for 6 months had no effect on mental and cognitive state in patients with Alzheimer disease [30].

A meta-analysis of studies revealed that the turmeric group may have experienced greater cognitive decline when compared with placebo. Data are limited by small sample sizes and patient variability, but there’s enough evidence to advise against turmeric in people with Alzheimer’s [31].

These findings outline how a compound can have completely different effects in animals than in live human beings. It should serve as a reminder that animal findings should always be interpreted with extreme caution and healthy skepticism.

Prior to the above-mentioned clinical trials, many animal experiments suggested that curcumin can “reverse cognitive decline, memory deficits, and inflammation in animal models of Alzheimer’s disease.” Various mechanisms were proposed (like increasing neurogenesis, BDNF, and CREB). Yet, curcumin was a failure clinically [32, 33, 34, 35, 36].

There is insufficient evidence to support the use of curcumin for any of the below-listed uses. Remember to speak with a doctor before taking curcumin supplements. Curcumin should never be used as a replacement for approved medical therapies.

In patients with rheumatoid arthritis, 500mg curcumin + diclofenac sodium was found to be effective [37].

Low-quality evidence suggests curcumin may reduce bowel movements, diarrhea, and stomach pain in people with Crohn disease after daily supplementation for a month [38].

According to preliminary research, in Lupus patients, short-term turmeric supplementation decreases blood and protein in the urine along with systolic blood pressure [39].

Curcumin reduced the severity of PMS in a very small human study [42, 43].

No clinical evidence supports the use of curcumin for any of the conditions listed in this section.

Researchers are investigating the effects of curcumin in animals and cells on:

Human data on these effects are lacking.

We’ve already discussed how curcumin inhibits biofilms and quorum sensing and how it is being researched for activating the vitamin D receptor, which might be important for combating infections.

One of the interesting things scientists are investigating about curcumin is its potential effect on brain DHA levels [59].

In cells, curcumin elevates levels of enzymes involved in the synthesis of DHA from ALA in both liver and brain tissues [59].

This may turn out to have significance since Fish oil/DHA supplements sometimes don’t increase DHA in the brain. However, curcumin may turn out not to affect brain DHA levels in humans at all. We simply don’t know yet.

The effects of curcumin on metal toxicity in humans are unknown.

Cell studies are investigating its effects on DNA damage from arsenic, mercury, fluoride, and excess selenium [62, 63, 64, 65].

In iron-overloaded rats, curcumin decreased iron accumulation in the liver and spleen and restored antioxidant levels [66].

None of the following effects have been researched in humans.

In cells, scientists are studying if curcumin activates AMPK in muscle leading to increased glucose uptake [76] and inhibiting new growth and formation of fat cells [77, 78].

Other researchers are looking into its effects on muscle tissue generation and healing after injury [79].

Antioxidant and an Anti-inflammatory

Some researchers consider curcumin to be an oxygen radical scavenger. According to one hypothesis, it acts as an antioxidant by increasing glutathione levels, and as an anti-inflammatory agent through inhibition of IL-8 (in lung cells). These effects have not been confirmed in humans [80].

Neither turmeric nor its active compound curcumin have been shown to treat or prevent cancer.

Only a few small-scale studies suggest that it may have biological effects on some cancer patients, but more data are needed to verify its safety and effectiveness.

In early phase clinical studies, a combination of curcumin and docetaxel (a chemotherapy drug) was shown to be safe in 14 advanced and metastatic breast cancer patients [98].

Curcuma extract appeared to be safe in a small trial of patients with colorectal cancer. Given to colorectal cancer patients during the pre-surgery waiting period, curcumin improved muscle wasting and general health. Preliminary data suggest it might reduce numbers of precancerous rectal aberrant crypt foci in people at high risk of colorectal cancer. Large-scale studies are lacking [99, 100, 101].

Curcumin has mostly been researched in cancer cells.

Remember that many substances have anti-cancer effects in cells, including toxic chemicals like bleach. This doesn’t mean that they have any medical value. On the contrary, most substances (natural or synthetic) that are first researched in cancer cells fail to pass further animal studies or clinical trials due to a lack of safety or efficacy.

With this in mind, scientists have explored the effects of curcumin on the following pathways or types of cancer cells in dishes or animals:

In animals with alcohol-induced oxidative stress, curcumin was researched for reducing inflammation, lipid peroxidation, and liver damage. It was also studied in rats with kidney injury or Tylenol-induced kidney damage. However, the effects of curcumin on liver or kidney disease in humans remain unknown [114, 115, 114, 114, 116, 117, 118].

The following dosages were used in clinical trials:

Very rarely, curcumin can cause pruritus or pitting edema.

Applied on the skin, turmeric may cause allergic contact dermatitis.

In High Dose In-Vitro Models, Curcumin Can Cause Cytotoxicity and DNA Damage

At high doses it is suggested that curcumin may actually induce ROS, leading to DNA damage [119].

Many of the concerns regarding curcumin toxicity are addressed in this letter titled “More research is needed to establish the benefit-risk profile of curcumin” [120].

As a quick summation of the article, although worth the read, the first issue addressed is that many of these studies are done in-vitro. Meaning done in a test tube, outside of a living breathing organism.

Cellular and animal research suggests that curcumin can decrease sperm motility and density. Curcumin may inhibit enzymes involved in the final step of testosterone synthesis. Its effects on fertility in humans are unknown [121].

The same study states that because humans can consume up to 8 grams of turmeric per day without apparent side effects, consuming curcumin orally may not increase curcumin levels in the blood enough to inhibit testosterone synthesis.

Adding piperine (from black pepper) likely increases the absorption of curcumin into the blood — in fact, researchers have estimated that it may increase the bioavailability of curcumin by as much as 2,000% [123].