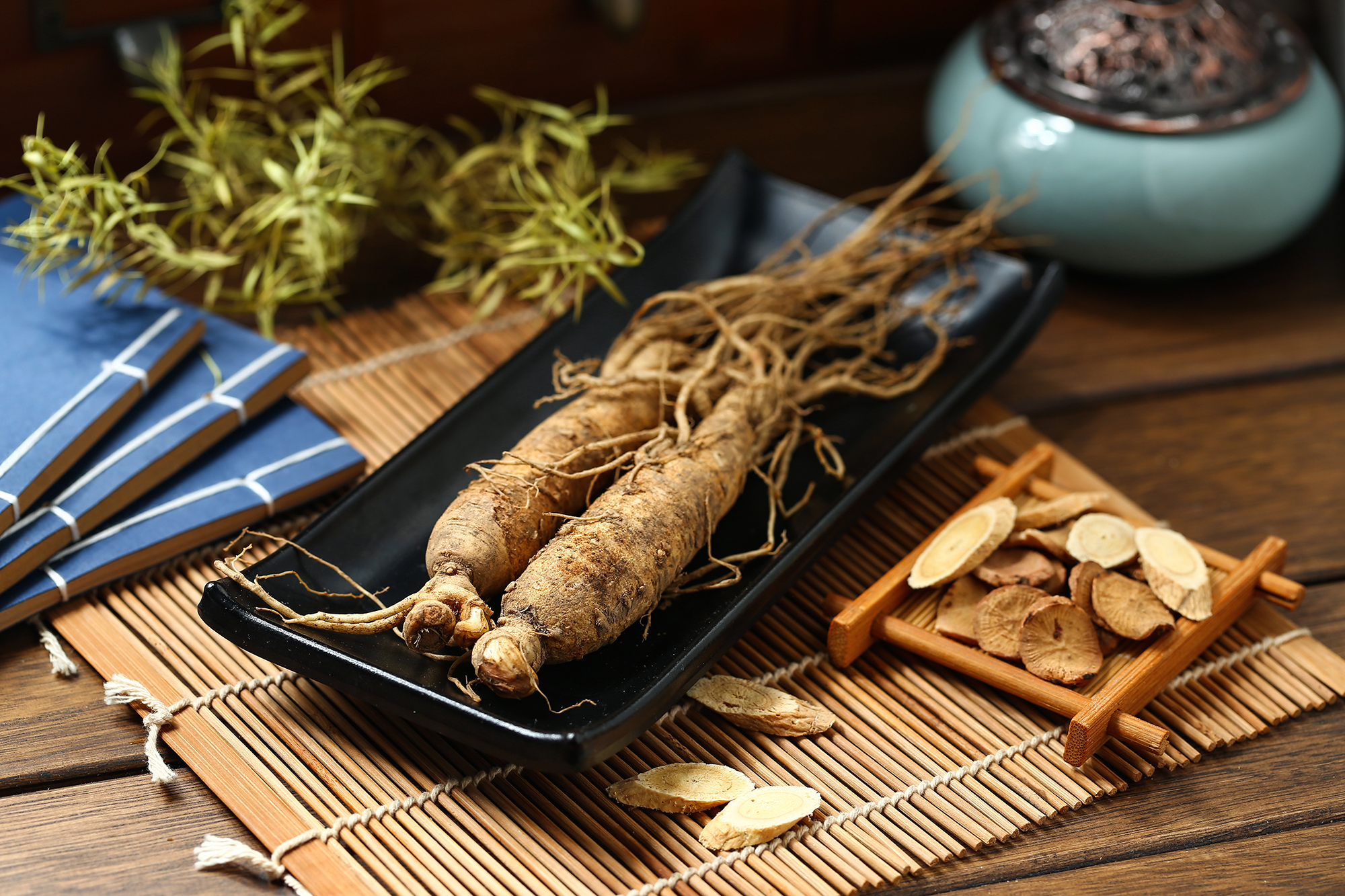 Flu and Other Respiratory Infections

In a trial of 227 people, those who took 100 mg of an Asian ginseng extract (G115) were less likely to catch a cold or flu. The ginseng group also had higher levels of NK cell activity [3].

In another trial on 100 people, Asian ginseng reduced the incidence and severity of upper respiratory infections [4].

In mice, Asian ginseng, its fermented extracts, and compounds (saponins and polysaccharides) increased survival after infection with different influenza viruses [5, 6, 7, 8, 9] and enhanced the effectiveness of the vaccines against them [10, 11, 12].

Similarly, different American ginseng extracts helped prevent respiratory tract infections in 5 clinical trials on almost 1,700 people. However, some of these studies were funded by a company that sells the extract, which indicates a potential conflict of interest [16, 17, 18, 19, 20].

Additionally, a meta-analysis warned that the evidence to support this use was insufficient due to the differences in the population samples and qualities of the studies [21].

Asian ginseng reduced the symptoms and duration of respiratory infections in multiple clinical trials, but the quality of these studies is questionable.

According to a review of 12 studies involving 1,560 COPD patients, Asian ginseng may improve the quality of life and lung function and enhance the effectiveness of drug treatments. However, the authors warned that most studies carried out up to then (2011) had a high risk of bias [22].

In line with this, the latest clinical trial with Asian ginseng failed to find any benefits over placebo in people with COPD [23].

In rats with COPD, the saponin ginsenoside Rg1 improved lung function and prevented structural changes associated with this condition [24, 25, 26].

This and other ginseng saponins also relieved cell death, inflammation, and oxidative damage in rats with acute lung injury [27, 28, 29, 30].

Different studies have produced conflicting results on whether ginseng may improve lung function in COPD.

In asthmatic mice, ginseng extract reduced airway inflammation. An extract combining red ginseng and Salvia plebeia had similar results. However, the anti-inflammatory activity may have been mostly due to Salvia plebeia, since its component nepetin was also effective [32, 33].

Asian ginseng extract, as an add-on to antivirals, reduced liver tissue scarring markers in a small trial on 38 people with hepatitis B [35].

In mice infected with coxsackievirus B3, ginseng saponins reduced viral load and the severity of heart muscle inflammation [36, 37].

In cell-based studies, ginseng extracts and their components inhibited the following viruses:

Ginseng improved outcomes of viral infections in a small clinical trial and in multiple animal and cell studies.

Evidence suggests that ginseng boosts immune function. Those taking red ginseng powder during chemotherapy treatment had a higher 5-year disease-free survival and overall survival rate in a study on 42 people [51].

In another trial on 96 people with lung cancer, ginseng carbohydrates enhanced the immune function by increasing Th1 cytokines (IFN-gamma and IL-2) while reducing Th2 cytokines (IL-4 and IL-5) [52].

Ginseng extract also increased survival in patients with HIV, possibly by slowing the decrease in CD4+ T cell count, in a trial on over 250 people [53].

Ginseng has been found to boost markers of immune function in clinical trials.

Ginseng extract, combined with either selenium or thimerosal, enhanced the immune response in mice vaccinated against pseudorabies. A saponin isolated from ginseng (ginsenoside Re) had similar effects [58, 59, 60, 61].

Similarly, its combination with rapeseed or mineral oil enhanced the immune effects of the foot-and-mouth disease vaccine in mice [62, 63].

The Rb1 fraction of ginseng enhanced the effectiveness of the vaccine against porcine parvovirus in mice [64].

The active compounds of ginseng may improve the immune system’s response to vaccines.
Get Your Personalized COVID-19 DNA Report