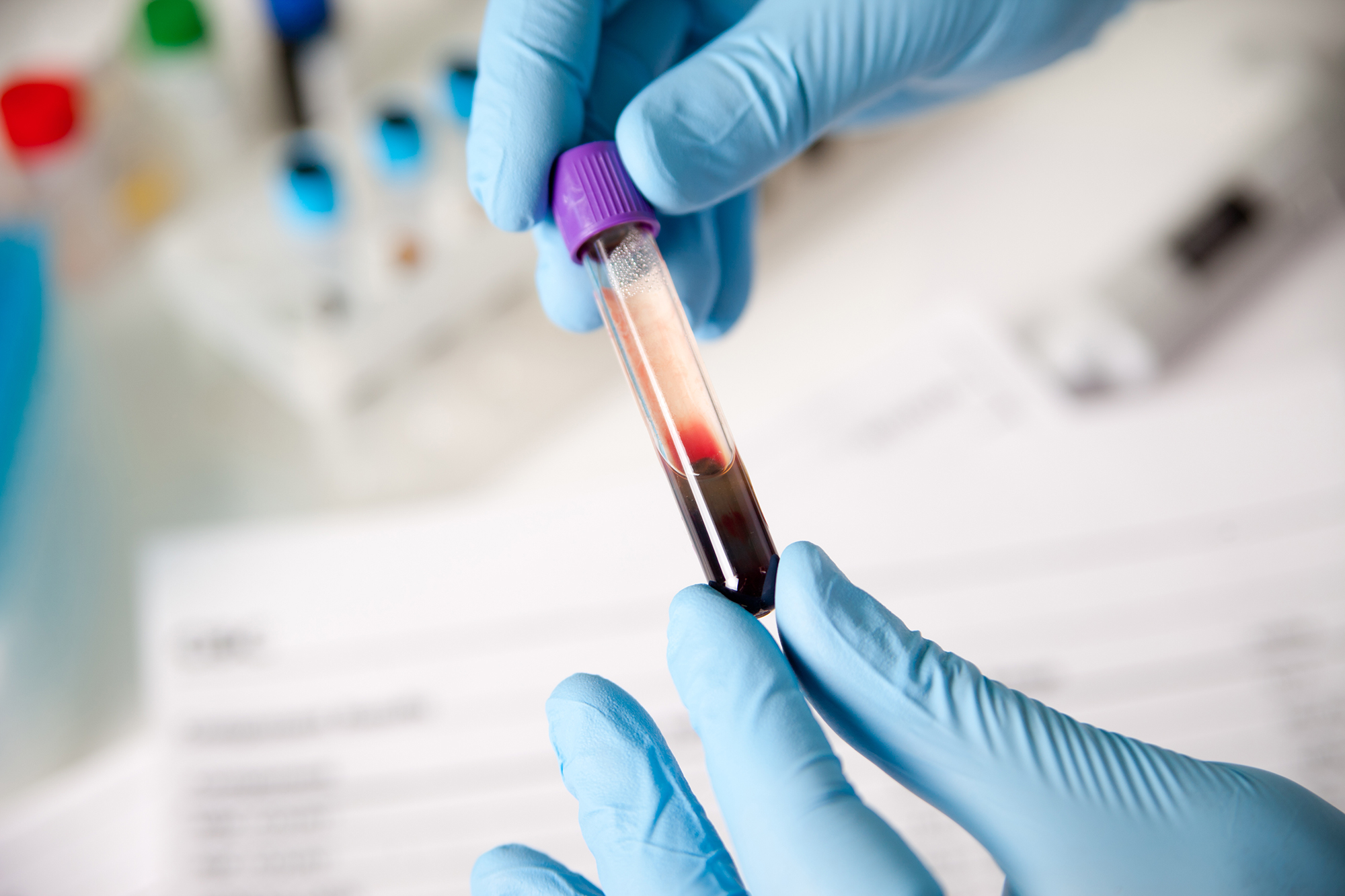 Testing for elevated levels of 17-hydroxyprogesterone (17-OHP) in the bloodstream can be useful in the detection of congenital adrenal hyperplasia (CAH), a disease which is often caused by an abnormally-functioning 21-hydroxylase enzyme. While severe forms of CAH are most often seen in newborns, symptoms of milder forms of CAH can be seen in children, teens, and even adults. Mild CAH can present in the forms of abnormal growth, early puberty, and infertility, for example. Read on to learn more about the mechanisms of 17-OHP overproduction and what increased levels can indicate.

A precursor to the steroid hormone cortisol, 17-hydroxyprogesterone (17-OHP) is derived from cholesterol in the adrenal glands. The production of cortisol is important for the digestion of proteins, fats, and sugars, and plays an important role in the regulation of blood pressure and the immune system [1].

While not an active steroid hormone, 17-OHP levels in the bloodstream are used as a test for congenital adrenal hyperplasia (CAH). Approximately 90% of all CAH cases are caused by a deficiency in the enzyme 21-hydroxylase, which is needed to convert 17-OHP into cortisol [1].

Normal adrenal gland function converts cholesterol into cortisol through various chemical reactions through the use of many enzymes. The lack of a particular enzyme in this formation pathway will result in the buildup of precursor materials that are unable to be converted into the next product. The enzyme 21-hydroxylase is imperative to turn 17-OHP into its near-final form of cortisol [1, 2].

Low levels of cortisol in the body promote the release of ACTH (adrenocorticotropic hormone), which signals the adrenal glands to produce more hormones. ACTH release also causes the adrenal glands to grow, which medically is referred to as hyperplasia. This signaling, in turn, produces more cortisol precursors in addition to other adrenal gland secretions, such as androgens, i.e., so-called male-sex hormones [2, 3].

The lack of any enzyme that blocks the pathways of cortisol, or any other hormone produced by the adrenal gland is referred to as congenital adrenal hyperplasia (CAH). About 90-95% of all CAH diagnoses are due to a deficiency or complete lack of the enzyme 21-hydroxylase. Defective 21-hydroxylase enzymes will, therefore, cause the buildup of 17-OHP in the bloodstream [2, 3, 4].

The Genetics of CAH

The 21-hydroxylase enzyme is encoded by the gene CYP21A2. Mutations in this gene are often the cause of CAH. The disorder is inherited in an autosomal recessive manner; both parents must pass on a copy of a mutated gene for the disorder to manifest [2, 13].

Several studies estimate that CAH may affect anywhere between 1 in 5,000 to 1 in 18,000 individuals at birth. The more severe forms of the disorder have been found to be most prominent in Ashkenazi Jews, Yupik Inuits, Hispanics, and those of Mediterranean, Middle-Eastern, and Yugoslavian descents [4, 6+, 7+].

Signs and Symptoms of CAH

There are multiple recognized types of CAH, ranging in symptom severity. The most severe and potentially life-threatening is due to the salt-wasting form, where the lack of cortisol or aldosterone (another hormone requiring the 21-hydroxylase enzyme) cannot adequately retain sodium required for normal bodily functions. Often, this form presents in early childhood or infancy [2, 3, 4, 5].

In addition to the above symptoms, infants may also present with the effects of the simple virilizing form of CAH. This form can often be detected early in females, due to the presence of ambiguous genitals (due to the production of excess androgen in the adrenal glands) [2, 3, 4, 5].

Individuals with the simple virilizing form of CAH may display the following symptoms [3, 4, 5, 12]:

A third type of CAH diagnosis exists, and may be called non-classic or late onset. In these individuals, 21-hydroxylase enzyme activity is lower than normal, but not completely absent. In this form, many symptoms may be absent until late childhood, adolescence, or adulthood  [2, 4, 5, 6+].

In the United States and several other countries, checking 17-OHP levels is part of routine newborn screening. Screening may additionally be ordered in infants or children if symptoms of the salt-wasting or simply virilizing forms of CAH are present. Testing 17-OHP levels in adulthood can be performed if symptoms of non-classic CAH are observed. A standard blood draw is used to collect and test 17-OHP levels [1, 8].

Checking 17-OHP levels can be used in conjunction with other hormone tests to eliminate CAH as a diagnosis for individuals who have symptoms similar to the simple virilizing or non-classic forms. This may include several conditions, such as polycystic ovary syndrome or adrenal tumors [1, 6+].

While results may differ between labs, the average, normal rates for 17-OHP blood levels are as follows [8]:

Premature newborns tend to have elevated levels of 17-OHP in their bloodstream. Additionally, full-term newborns may also have elevated 17-OHP levels in the first 48 hours of life. This can lead to false-positive diagnoses of CAH, and followup testing might be necessary if screening tests are performed relatively early [1, 9+, 10].  The testing of 17-OHP alone is not a definitive diagnosis of classic CAH. While the majority of CAH cases are caused by a lack or decreased levels of 21-hydroxylase, it can also result from a deficiency of 11 beta-hydroxylase, another enzyme in the cortisol and aldosterone formation pathways. Other hormone or genetics tests, in addition to ultrasounds or x-rays, must be performed to correctly diagnose increased 17-OHP levels if CAH is ruled out [6+, 10, 11].