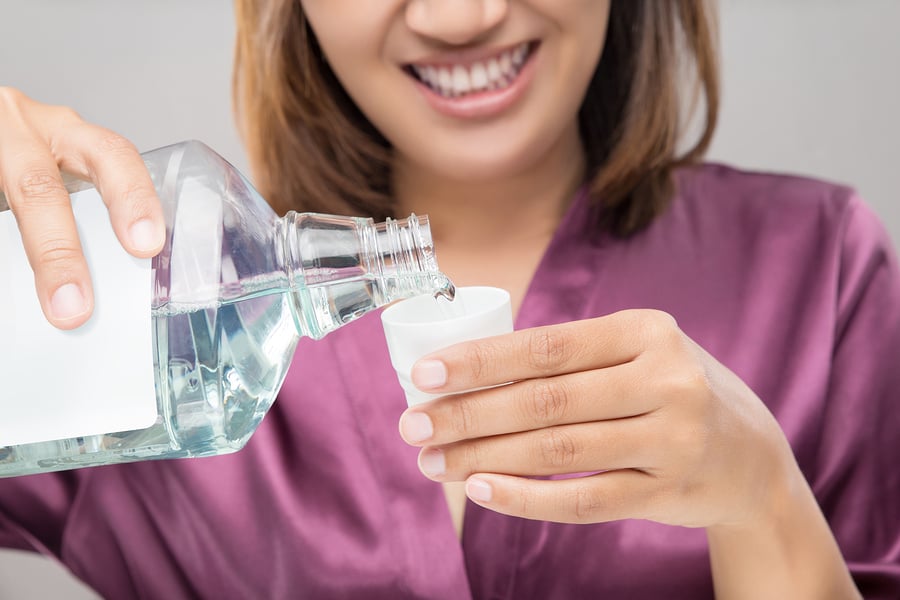 Chlorine dioxide is a strong anti-infectious agent. It is antibacterial, antiviral, and can help improve oral health. Read more to learn about the health benefits and side effects of chlorine dioxide.

What is Chlorine Dioxide?

Chlorine dioxide is an oxidant. This means that chlorine dioxide removes electrons from another compound during a chemical reaction. This activity makes it toxic to many bacteria and fungi [2, 3, 4].

Chlorine dioxide is considered potentially toxic to humans at concentrations higher than 0.8 mg/L. Water purification tablets containing chlorine dioxide are marketed to campers, hikers, and backpackers to sanitize fresh water from rivers or lakes; make sure to carefully follow the instructions on the package if you use these products, and never use more than the recommended quantity per volume.

By taking electrons from microbes, the microbe’s molecular bonds weaken and the cell breaks apart. This process alters the proteins involved in their structure and decreases enzyme function, thus resulting in the death of the microbe [5].

This attack on many proteins simultaneously prevents the microorganisms from mutating and developing resistance [6].

Chlorine dioxide is frequently used to sterilize water and make it safe to drink. The maximum safe limit for chlorine dioxide in drinking water, according to the EPA, is 0.8 mg/L [7].

Chlorine dioxide gas can go through bacterial cell membranes and cause cell death in the pH range of 3-9 [4, 8].

The antimicrobial properties of chlorine dioxide are used to disinfect food, surgical tools, and more [10, 11, 9].

In a 30-month prospective study, chlorine dioxide-treated water in a hospital decreased Legionella bacteria counts. Additionally, there were no patients that acquired Legionnaires disease during the study [13].

The bacteria on vegetable seed sprouts can cause stomach problems and disease outbreaks. Chlorine dioxide treatment and dry heating eliminated E. coli on radish seeds without damaging the seeds. Thus, it can help with food safety [11].

Chlorine dioxide treated-water significantly reduced Escherichia coli (E. coli) bacteria counts on baby spinach. However, non-culturable cells (bacteria that do not grow or divide) were still present. The treatment did not affect the quality of the baby spinach, but it reduced its photosynthetic abilities [12].

In a pilot study, chlorine dioxide gas disinfected gastrointestinal endoscopes, an instrument used to look at the inside lining of the digestive tract. The gas completely inactivated bacterial cells and disinfected all endoscopes [10].

In another study, a chlorine dioxide-based agent was more effective than hydrogen peroxide at killing bacteria that had enhanced resistance to chemical and radiation disinfection (B. pumilus SAFR-032 and Bacillus subtilis ATCC 6051). Chlorine dioxide can help sterilize peroxide- and UV-resistant spores in hospital environments [15].

In another study, chlorine dioxide decontaminated known pathogens that can cause infections in a hospital room. Although each hospital room had lower bacteria counts, 2 cleaning cycles failed to completely inactivate all harmful organisms [16].

Chlorine dioxide may also help whiten teeth. It was faster at whitening cow teeth than hydrogen peroxide. However, since it has a low pH, long-term exposure may harm teeth [19].

A 5% chlorine dioxide solution can also help clean the mouth during root canals due to its antimicrobial properties [4].

Chlorine dioxide mouthwashes are available for purchase. If you use one, take special care not to swallow the solution, as the concentration of chlorine dioxide in these products is much higher than the threshold for safe consumption.

Chlorine dioxide is also antiviral. It destroys the proteins on the outside of viruses and degrades the virus [20].

Chlorine dioxide gas is effective against [21]:

Chlorine dioxide solution also inactivated human and monkey rotaviruses (that cause diarrhea) and hepatitis A [22, 23].

However, in rats, chlorine dioxide gas altered the structure of blood cells and prevented DNA formation in several organs. The changes in blood cells caused mild hemolytic anemia, a condition in which blood cells are destroyed and removed before their normal lifespan is over [25].

Additionally, an oral dose of 14 mg in rats damaged proteins in their brain cells, demonstrating a potential for neurotoxicity [26].

Chlorine dioxide products also tend to contain high levels of impurities (reactants with additional compounds). These products are useful for wastewater treatment but dangerous when in contact with humans or food [27].

Impurities are mainly caused by other chlorine compounds, such as chlorine and chloroxy anions (ClO2- or ClO3-). They can react with organic matter to form trihalomethane, a compound that causes cancer (carcinogen) [25].

There are only a few human studies available on the effects of chlorine dioxide.

People with G6PD deficiency may have a higher risk of developing anemia due to chlorite exposure from chlorine dioxide [24].

Chlorine dioxide is unstable as a gas and is explosive in concentrations greater than 10%. It can be ignited by almost any form of energy, including sunlight and heat [28, 29].

Chlorine dioxide is toxic and can burn or severely irritate the skin and eyes in high concentrations [30].

The Occupational Safety and Health Administration states that the highest exposure to chlorine dioxide in the air should be 0.1 ppm and 0.3 mg/m3 [31].

Diclofenac is a drug that treats pain, arthritis, and migraines (NSAID). In water, chlorine dioxide can degrade diclofenac. While this is beneficial during water treatment (preventing trace amounts of drugs from persisting in drinking water), its effects on the human body are unknown [33].

The best way to store chlorine dioxide is as a liquid/ dissolved gas at 4ºC. Chlorine dioxide cannot be stored for too long, because it slowly separates into chlorine and oxygen [36].

Miracle Mineral Solution is a product that contains sodium chlorite, which reacts with an acid (like lemon juice) to form chlorine dioxide. The creator claimed that it can cure AIDS, cancer, hepatitis, malaria, and autism [37].

If it sounds like snake oil to you, you’d be right. MMS is considered wildly unsafe and has been reported to cause [37]:

In one case, a patient developed Kikuchi-Fujimoto disease after drinking an unknown amount of the miracle mineral solution. The solution triggered an inflammatory response and caused fever, night sweats, and swollen lymph nodes [37].

It is banned in the US, UK, and Canada. The FDA has released specific warnings about the potentially life-threatening side effects of MMS. We strongly advise against using this product for any reason [38].