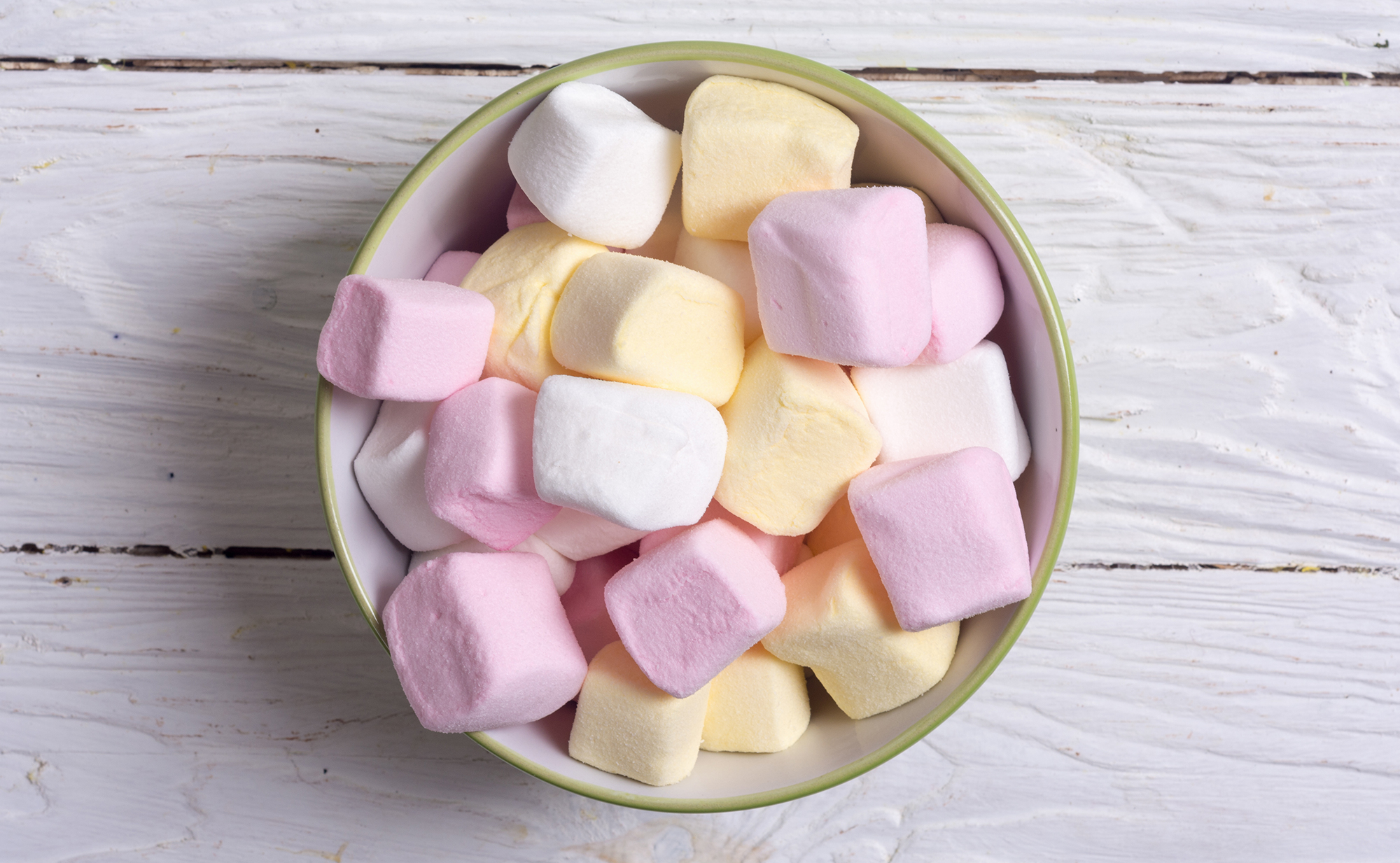 The marshmallow plant is most known for lending its name to the sweet confectionery treat. However, this plant has long been used as a medicinal herb for the treatment of various health conditions, such as sore throat and cough. Read on to learn what research has revealed about the marshmallow plant and its potential health benefits.

Not to be confused with the sweet confectionery treat, the marshmallow plant (Althaea officinalis) has been used as traditional herbal medicine since ancient times [1].

Extracts from the roots, leaves, and flowers of the plant have several purported benefits and are used to treat various ailments, such as sore throat, cough, and ulcers [1].

According to research, the compounds inside marshmallow may indeed have antimicrobial, anti-inflammatory, and cough-suppressing properties [1, 2, 3].

However, there are few studies performed in humans. More clinical research is needed to fully evaluate the potential health benefits of the marshmallow plant.

The marshmallow plant has long been used as a traditional herbal medicine for various ailments. There is some evidence to support its purported health benefits, but human studies are lacking.

The marshmallow plant contains several compounds that have significant biological activity, including [1]:

The biological activity of these compounds may, in part, be responsible for the health benefits of marshmallow.

The following purported benefits of marshmallow are only supported by limited, low-quality clinical studies. There is insufficient evidence to support the use of marshmallow for any of the uses listed below. Remember to speak with a doctor before taking marshmallow. It should never be used as a replacement for approved medical therapies.

Clinical studies suggest that marshmallow plant extracts may reduce the severity and duration of cough [1].

For instance, one study of 822 patients with dry cough due to throat irritation found that marshmallow lozenges and syrup helped improve cough symptoms within 10 minutes [1, 5].

In another study looking at 313 children, a marshmallow extract syrup reduced the intensity and frequency of dry coughing associated with throat irritation [1, 6].

A different clinical trial explored the use of marshmallow extract for cough associated with ACE inhibitors, a blood pressure medication that can cause dry cough as a side effect [7].

Out of 60 patients with ACEI-related cough, researchers found that patients who took marshmallow had less severe coughing compared to the placebo group [7].

How exactly does the marshmallow plant help suppress coughing?

According to some scientists, certain compounds inside marshmallow may interact with serotonin receptors, which play a role in the body’s cough reflex [1].

Marshmallow compounds may also form a protective layer on the lining of the throat, which may prevent irritation of the throat [1].

Marshmallow extract may reduce the intensity and frequency of dry cough.

One clinical trial including 171 patients found that a topical paste containing marshmallow extract may improve healing in those with cutaneous leishmaniasis, a skin condition caused by parasites [8].

A clinical study examined the effects of marshmallow in lactating women suffering from breast engorgement, a painful condition where the breasts are overfilled with milk [10].

The study, which included 40 women, found that a compress with marshmallow extract powder may reduce the severity of breast engorgement [10].

No clinical evidence supports the use of marshmallow for any of the conditions listed in this section. Below is a summary of the existing animal and cell-based research, which should guide further investigational efforts. However, the studies listed below should not be interpreted as supportive of any health benefit.

There is evidence that certain compounds inside marshmallow (including polysaccharides and flavonoids) have anti-inflammatory effects [4, 2].

One rat study examined the effects of a marshmallow extract liquid solution and found that the extract significantly reduced chronic and acute inflammation [2].

A different study looking at rabbits suggests that marshmallow extract may have anti-inflammatory effects comparable to dexamethasone, a steroid medication commonly used to treat inflammation [11].

Some researchers suggest that one way marshmallow extract may reduce inflammation is by forming a protective layer on the lining of the throat and gut, which can shield these tissues from irritation [1].

Based on studies done in animals and cells, extracts from the marshmallow plant may have activity against certain types of bacteria and viruses, including [3, 12]:

However, no clinical trials have been performed, so it’s impossible to say if marshmallow extract would have any effect on infections in humans.

Cell and animal studies demonstrate that marshmallow extracts may have antibacterial and antiviral properties.

According to some researchers, marshmallow may help protect against ulcers because of its antioxidant and histamine blocking properties [13].

Marshmallow is generally recognized as safe by the FDA when consumed in amounts commonly found in foods [15].

When used topically on the skin, marshmallow is considered possibly safe.

Clinical trials have used marshmallow extract for up to 4 weeks without any major reported safety concerns [1].

There is insufficient evidence to determine if it is safe to use during pregnancy or breastfeeding [15].

There is some evidence that marshmallow may disrupt the blood’s ability to clot [15].

Marshmallow is well tolerated when taken in appropriate doses. No side effects were reported in clinical trials, although more research is needed to fully evaluate its safety.

There is some evidence that marshmallow may impair the body’s ability to excrete lithium, potentially leading to a dangerous buildup of the medication.

Marshmallow may also lower blood glucose, which could cause blood glucose levels to become too low when taken with diabetes medications.

In the following sections, we’ll discuss the common forms and dosages of marshmallow that are commercially available. Marshmallow is not approved by the FDA for medical use. Regulations set manufacturing standards for marshmallow supplements, but that does not guarantee that it is safe or effective. Speak with your doctor before supplementing.

Marshmallow is available in a number of forms, including dried roots, dried leaves, a macerate (soaked in liquid), syrup, and lozenges.

Traditionally, the dried parts of the marshmallow plant are used to make tea.

Marshmallow extracts are also sometimes used topically on the skin.

Generally speaking, doses equivalent to 2-15 g daily have been used for cough and throat irritation [1].

The marshmallow plant is used in traditional herbal medicine for several conditions, including sore throat, cough, and ulcers.

Research suggests that marshmallow extracts may have antimicrobial, anti-inflammatory, and cough-suppressing effects.

Marshmallow is generally regarded as safe when consumed in appropriate amounts. No side effects have been reported in clinical trials.

Few studies have examined the benefits of marshmallow in humans, more clinical trials are needed to fully evaluate the safety and effectiveness of this herbal remedy.