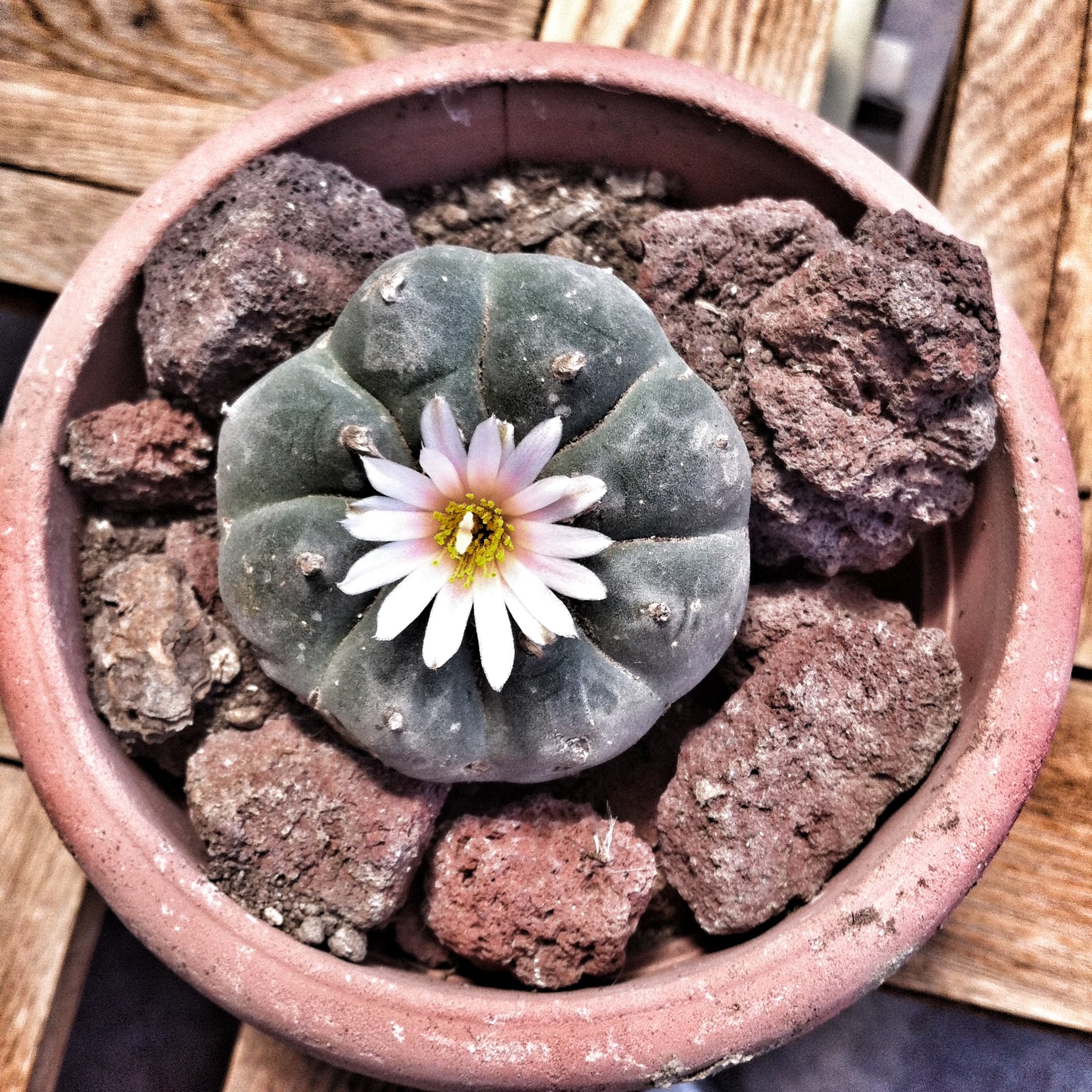 The hallucinogenic cactus peyote is a psychedelic substance that has been consumed by Native Americans for spiritual purposes for thousands of years. However, peyote is illegal in the United States, except for use in religious ceremonies. Read on to learn more about the effects and health risks of peyote.

Disclaimer: Peyote is classified as a Schedule I substance. This means that it is an illegal drug with high potential for harm and no known medical uses. We highly advise against the use of peyote until future studies determine its safety and efficacy in medically-supervised and safe settings. The only aim of this post is to outline the research findings.

Peyote (Lophophora williamsii), also known as divine cactus or mescal buttons, is a cactus that grows from southern Texas to central Mexico. Peyote is known for its psychoactive properties and religious, medicinal, and recreational uses [1, 2].

Peyote is illegal in the United States, except for in religious ceremonies of the Native American Church (in most states).

Peyote contains a compound called mescaline. Mescaline is a hallucinogenic molecule that alters human consciousness similarly to psilocybin (magic mushrooms) and LSD. Mescaline, psilocybin, and LSD affect serotonin activity in a way that is not fully understood [3, 4].

Native American and Mexican cultures have used peyote for religious and medicinal purposes for over 5,000 years [7].

Peyote is still used today by several religious organizations, including the Native American Church, as part of their religious ceremonies.

Peyote is generally illegal in the United States. The DEA classifies peyote as a Schedule I controlled substance. Drugs under this classification are considered to have no accepted medical use, a lack of accepted safety, and a high potential for abuse [10].

As far as other parts of the world, peyote is legal to sell in the United Kingdom and legal to grow in Canada (however, mescaline is a controlled substance under Canadian law) [8, 12].

It illegal to possess or consume peyote outside of Native American religious ceremonies. The use of peyote can be unsafe, potentially leading to psychotic breaks, severe vomiting, and even death. Below is a summary of the effects of peyote, outlined for informational purposes and in no way supports the use of this substance.

The main active compound in peyote is mescaline. Mescaline can have a wide variety of physical and neurological effects, which can vary depending on a number of factors, such as dose, setting, personality, and drug history [13].

Physical effects of peyote include [13]:

Psychological and sensory effects of peyote include [13]:

The use of peyote has been associated with rare cases of psychotic breaks, especially in those with pre-existing drug abuse or mental health issues [20].

Peyote can also cause intense nausea and vomiting in users. In one case, the use of peyote led to death in one patient due to esophageal bleeding due to vomiting [21].

Peyote has also been associated with serious changes in blood pressure, heart rate, and breathing [14].

In addition, peyote may harm the fetus when taken during pregnancy [22].

It illegal to possess or consume peyote outside of Native American religious ceremonies. The use of peyote can be unsafe, potentially leading to psychotic breaks, severe vomiting, and even death. Below is a summary of the clinical research on peyote, outlined for informational purposes and in no way supports the use of this substance.

Peyote (mescaline) has been used in clinical research since the 1890s [23].

In the past, researchers have been interested in studying the hallucinogenic effects of mescaline for insight into psychosis (a mental disorder characterized by a disconnect from reality), although this type of research has been controversial. Researchers have disagreed as to whether hallucinogenic drugs are an appropriate tool for studying schizophrenia [24, 25].

Hallucinogenic drugs were largely prohibited in medical treatment and human research starting in the 1970s [26].

Today, there is some renewed interest in the use of psychedelic drugs in research. Preclinical and clinical evidence suggests that psychedelics, such as peyote, may have potential in the treatment of several conditions, including drug addiction, anxiety, and depression [25, 26, 27].

However, there are still serious questions about the safety and effectiveness of peyote. The controlled status of peyote makes clinical research difficult [25].