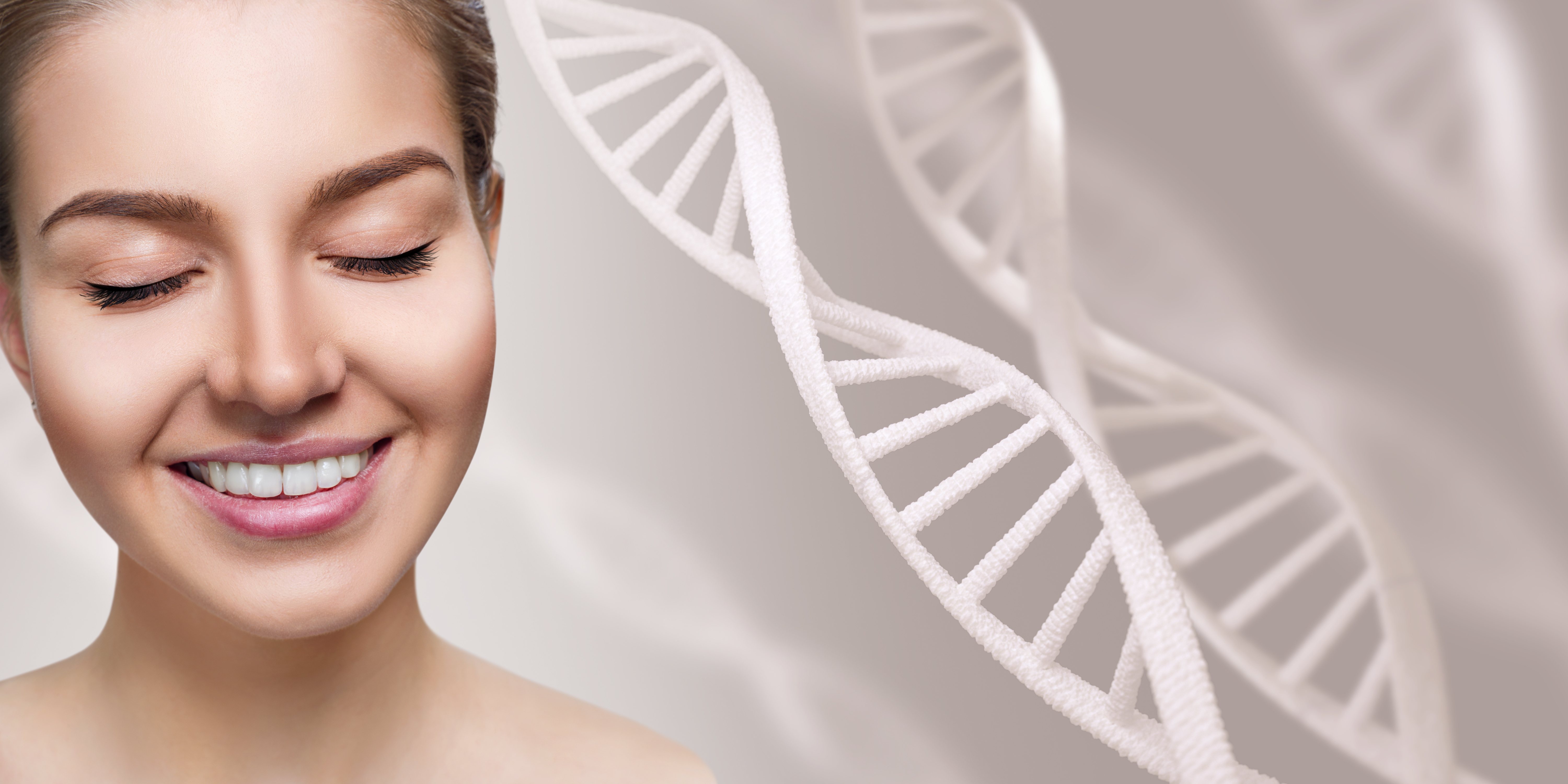 Every time cells divide, chromosomes get a little bit shorter. That’s why cells have telomeres – non-coding sequences of DNA that sit at the ends of chromosomes and protect genes from damage. Read on to learn more about telomerase, telomeres, and their role in aging.

Telomeres are sequences of DNA at the ends of each chromosome. They don’t code for anything; instead, their job is to protect DNA from damage while it’s being copied. Each time cells divide, DNA duplicates, and telomeres get shorter [1].

When telomeres are too short to protect DNA, cells enter a state called senescence: they stop dividing. Ultimately, if these cells trigger the DNA damage response (DDR), they will be tagged for death [1, 2].

Telomerase is an enzyme that adds more nucleotides to the end of the telomere, elongating them. This allows cells to divide and grow for longer [1].

Telomerase is an enzyme that lengthens telomeres, the sequences of protective DNA at the ends of chromosomes.

What is the CST Complex?

The CST complex is a structure that helps to protect your chromosomes from damage. CST doesn’t stand for a longer name; instead, it’s an abbreviation of the three proteins making up the complex: CTC1, STN1, and TEN1 [3, 4].

The CST complex is what’s called “evolutionarily conserved,” meaning that it’s almost identical across species as distantly related as humans and yeast. When a single gene, protein, or protein complex is common to so many species, researchers can be fairly sure it’s important [3].

But what does it do? The CST complex appears to have two major functions:

In short, the CST complex’s job is to make sure telomeres don’t get too short or too long, and it’s probably been doing this job for hundreds of millions of years [3].

Humans have multiple mechanisms to protect our telomeres, including the CST complex and another protein complex called shelterin [3, 6].

Of these, shelterin is considered more important; it is the major obstacle protecting your telomeres from damage. However, if certain components of shelterin (POT1 and TPP1) are missing or reduced, the CST complex is there to pick up the slack, so to speak [3, 6].

Recent research has also shown that the CST complex helps your cells safely lengthen your telomeres during cell division. Thus, if any single protein in the CST complex isn’t functioning well, telomeres could get dangerously short, resulting in premature aging [5].

Telomeres and the Science of Aging

Researchers have long suspected that shortening telomeres are among the causes of aging.

In adult tissues, there isn’t enough telomerase to keep up with cell division. Gradually, throughout the human lifespan, telomeres get shorter and shorter, and more and more cells enter senescence. Thus, older people can’t grow and regenerate their tissues as effectively as younger people [1, 2].

Short telomeres have also been linked with degenerative diseases and premature aging in humans. In this light, many researchers have attempted to discover whether activating telomerase and elongating telomeres can prevent or delay aging in humans and animals [1, 2, 7].

Telomere extension has already worked as an anti-aging strategy in animal models.

In one memorable study, middle-aged and older mice (one and two years old) were treated with gene therapy that increased their TERT expression. Those that received the treatment lived for 13-24% longer than those without, and there were no apparent side effects of the procedure [7].

However, animal research is infamously difficult to reproduce in humans. Over the decades, many mouse and rat studies have produced spectacular results which then never become relevant to human health. Researchers are hard at work trying to find the key to human longevity, but they haven’t found it yet.

How Much Telomerase is Best?

Given what we’ve just discussed, you might think that the answer is simple: the more active your telomerase (and the longer your telomeres), the better. However, there is no scientific consensus on the ideal range of telomerase activity or the ideal telomere length [1].

Too Much of a Good Thing?

Telomere length is a strange and controversial field of research, and long telomeres seem to have positive and negative effects, depending on the study and the frame of reference. Most notably, dangerous cancer cells tend to have high telomerase activity and unusually long telomeres [8, 1].

Some genetic variants, like rs2736100, are especially confusing. The homozygous ‘AA’ genotype, which reduces telomerase activity, is linked with testicular cancer and progressive scarring of the lungs [9, 10].

In this variant, the ‘C’ allele seems to increase telomerase activity and lengthen the telomeres, so you might think it would increase longevity. However, people with even one copy of the ‘C’ allele developed glioma, a type of dangerous brain cancer, 60% more often than those who don’t [9, 10].

To recap: many variants that increase TERT activity are also linked with cancer, but gene therapy to increase TERT in mice hasn’t caused cancer. Why this discrepancy? Researchers have not reached a consensus, but there are a few possible answers.

One possibility raised by researchers is that TERT doesn’t itself increase cancer risk, but instead amplifies the effect of other genes and mutations that do by allowing unlimited cell proliferation the tumor cells. A hallmark of cancer cells is that they can divide and proliferate indefinitely, and TERT mutations are among the most likely mechanisms behind this ability [11, 1].

TERT variants may also have other effects on tumor cells and future studies will be needed to fully understand their role in cancer.

Longer telomeres and more telomerase activity have been linked to cancer. Most likely because this allows the cancer cells to keep dividing.

Check out our post on TERT (the gene that codes for telomerase) on SelfDecode to learn more.

Can You Increase Your Lifespan? Lifestyle & Diet Strategies