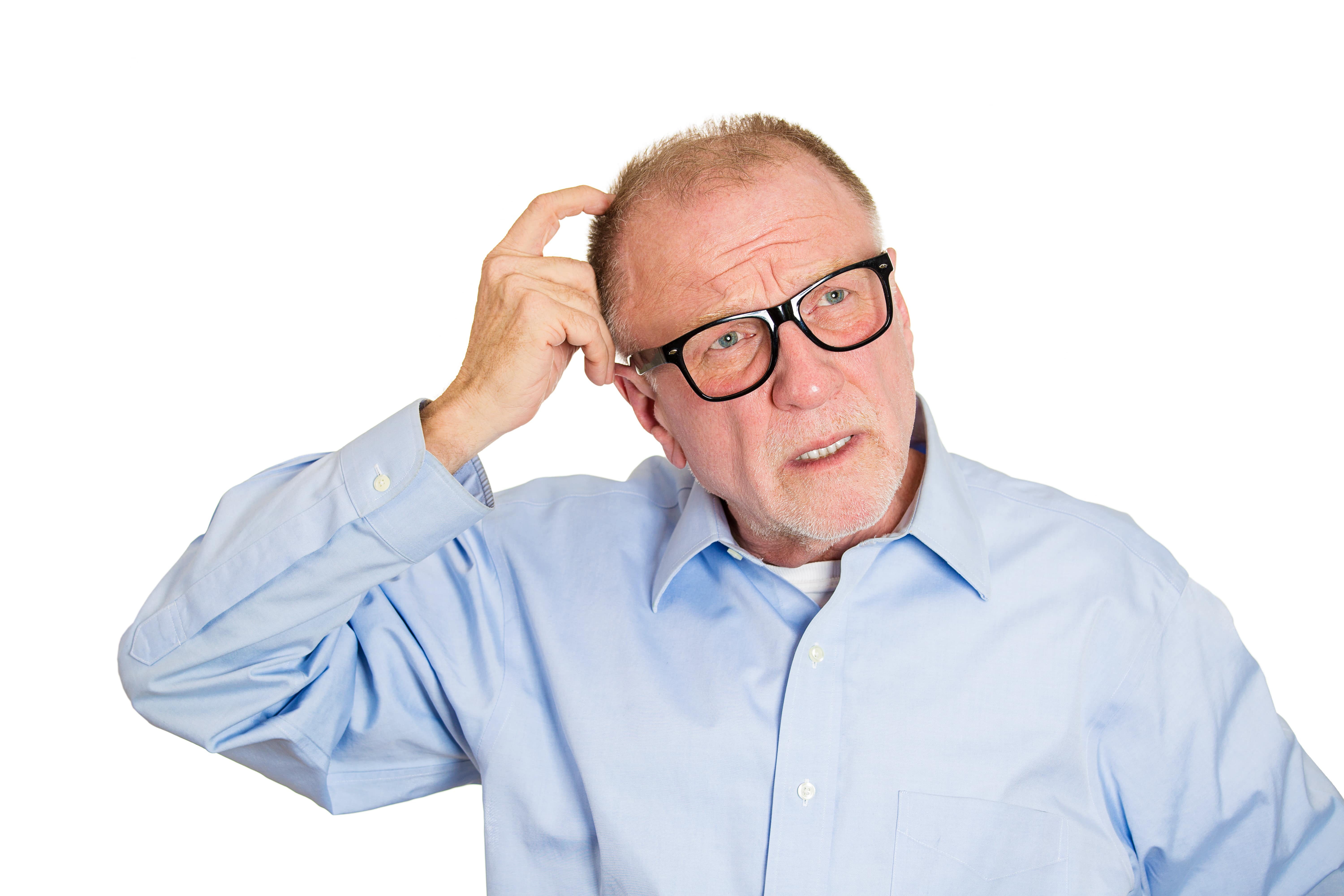 Aniracetam is popularly described as a nootropic compound – one that allegedly improves cognitive function. Despite a lack of effectiveness and safety data and FDA warnings, some people use it for dementia, anxiety, and depression. However, aniracetam is not a supplement but an unapproved drug. Read on to discover its side effects, dangers, and reviews.

Disclaimer: This post is not an endorsement or recommendation for aniracetam. It is classified as an unapproved experimental drug by the FDA, which means that its safety and effectiveness are unknown. Aniracetam may have a high potential for harm. We have written this post for informational purposes only, and none of the information in this post should ever be used as a replacement for conventional medical care. Always make sure to speak to your doctor before experimenting with aniracetam or any other supplements.

Aniracetam is a type of racetam, a class of compounds that have a similar core chemical structure and variable effects on the brain.

This compound was developed in the 1970s by the Swiss pharmaceutical company Hoffmann-La Roche.

Proper scientific evidence is lacking to determine the effectiveness and safety of aniracetam.

Despite this, online vendors sell aniracetam (N-anisoyl-2-pyrrolidinone) as a nootropic, misleadingly marketing it for boosting mood, focus, and memory.

The FDA recently issued warnings to several companies that were illegally producing and selling racetams [1, 2].

In the warning, the FDA reinstates that all racetams, including aniracetam, are new unapproved drugs since they are not generally recognized as safe and effective for the labeled uses among experts.

Like all racetams, the mechanisms of action are not fully understood.

Scientists are investigating whether aniracetam has the following effects on the brain, based on animal and cellular data:

None of these mechanisms or their health implications have been investigated in humans.

All racetams, including aniracetam, are classified by the FDA as unapproved new drugs.

Evidence is lacking to support any of the uses listed below.

We strongly advise against taking aniracetam until its safety and effectiveness have been determined in large clinical trials.

There is insufficient evidence to determine the effects of aniracetam on dementia.

In a low-quality study (placebo-controlled trial from the 90s) on 109 mild-to-moderate Alzheimer’s disease patients, subjects that were given aniracetam showed some improvement in attention, verbal and visuospatial memory, and logical-perceptual ability compared to patients who received a placebo [9].

Another study (double-blind randomized controlled trial) of 60 patients with mental deterioration found that 1,500 mg/day of aniracetam for four months improved cognitive function. This study is only available in Italian and its findings haven’t been replicated [10].

In rats, aniracetam increased levels of acetylcholine, a neurotransmitter that is associated with memory, learning, and muscle movement [12].

Large-scale, multi-center trials are needed to further explore the effectiveness and safety of aniracetam in dementia patients.

Aside from being ineffective and unsafe, products like aniracetam may prevent a person from seeking an appropriate diagnosis and treatment for cognitive issues.

The FDA recently issued 12 warning letters and 5 online advisory letters to companies that are illegally selling unapproved and misbranded drugs that claim to prevent, treat or cure Alzheimer’s disease and other serious diseases and health conditions. Aniracetam was on that list [13].

We don’t know how aniracetam might affect sleep, anxiety, or mood since human data are lacking.

Aniracetam seemed to restore REM sleep and a normal sleep cycle after five days in stroke-prone rats. The control rats showed decreased REM sleep during the day and excessive non-REM sleep at night. Far more research is needed, especially since insomnia is a potential side effect [14].

In mice, aniracetam had anti-anxiety effects as shown by increased social interactions and improved performance in mazes and fear stress tests. The effects of aniracetam on anxiety in humans are unknown. Additionally, some users report increased anxiety from this compound [15].

Aniracetam increased serotonin and dopamine. Theoretically, a balance of these neurotransmitters supports mood and is associated with positive feelings. However, no human data speak to the effects of aniracetam on mood or depression [16].

In a study on aging rats with impaired brain function, aniracetam decreased depressive behavior in a stressful forced-swim test. These findings can’t be applied to humans [18].

Human data are lacking to determine how aniracetam might affect recovery from brain damage.

Aniracetam reversed the effects of fetal alcohol syndrome in young rats by increasing the amount of AMPA receptors in the hippocampus [19].

Aniracetam increased bladder capacity in rats with blocked blood flow to the brain. In these animals, blocked brain blood flow caused tissue damage and led to bladder overactivity. Aniracetam was hypothesized to act by restoring neural pathways that were disrupted, though this has yet to be confirmed [20].

In another animal experiment, aniracetam corrected behavior and memory in rats with a lack of blood flow to the brain and exposure to excessive nitrogen gas [21].

Researchers are investigating whether aniracetam can enhance the growth of neurons in cells. They are interested to know if it can affect brain tissue repair after a traumatic brain injury that damages neural connections, but further animal studies are needed. Human studies haven’t been carried out due to safety concerns [22].

In some older animal studies, aniracetam improved behavioral performance and reversed memory loss in rats. It also improved memory loss due to sleep deprivation and increased attentiveness impaired by a chemical called apomorphine in rats [23, 24, 25].

In aged rats, aniracetam appeared to reduce reduced impulsivity and distracted behavior without reducing choice accuracy or speed in a physical test through modulation of the AMPA receptors in the brain indicating an increase in focus [26].

These studies are often interpreted by people to mean that aniracetam is a nootropic. But there are several issues with this.

For one, animal studies can’t be applied to humans. Aniracetam was never shown to improve memory, focus, or other aspects of cognition or attention in healthy people.

The only recent research study, published in 2014, concluded that aniracetam does not alter cognition or behavior in mice. They tested repeated doses of aniracetam on several measures of learning, memory, and cognitive function and found no effect of this drug [27].

Side Effects & Risks of Aniracetam

If you have been exposed to racetams, including aniracetam, and experience poisoning, urgently contact a poison control center near you (call 1-800-222-1222).

All racetams may have anti-clotting effects, which can be particularly risky for people who are already on blood-thinning drugs.

The most common side effects of aniracetam are anxiety, uneasiness, and insomnia. Other side effects at higher dosages include headaches, vertigo, diarrhea, and strong rashes [28].

There is no safe dosage for aniracetam since it is an unapproved new drug that poses a significant safety risk.

Below is a summary of the dosages used in scientific research, outlined for informational purposes. We highly advise against the use of aniracetam.

The half-life of aniracetam is estimated to be 1 to 2.5 hours, which is relatively short; In rats, a concentration of 4.5 grams/kg was the maximum concentration before the drug was filtered out by the liver.

Some users recommended combining aniracetam with a choline source (alpha-GPC or citicoline). This is not evidence-based since the safety of this combination is unknown.

“Last night I tried for the first time, one tablet of 750mg taken with fish oil and yogurt. About 30mins in I started feeling a little foggy, then within one hour, I was downright tired, disoriented and nauseous! I had to lay down on the couch, and couldn’t even use/read on my phone. A headache started so I quickly took an Ibux to avoid it escalating into something like a migraine. This did go away but still, I just felt like going to bed and that was it.”

“The taste of the powder isn’t for me (even though I’d drink it with milk). I find that Aniracetam works better for me than oxi or piracetam. I’ve incorporated aniracetam in my daily regimen and am taking two capsules in the morning along with a hearty breakfast. The aniracetam seems to increase my verbal memory (words come to mind easier), and reduce my normal morning anxiety.”

“They really boosted my focus after a week or two. I took them with my other vitamins. Two capsules a day. It really helped! I need a higher dosage but so far I am satisfied with the capsules. I will post a new review in 2 months to see how much this has helped. It sorta feels like it creates new pathways in your brain, but takes a while to see results.”

“The best way to describe it is relaxed yet highly focused. There isn’t an edge to it if I stick with one 750 mg capsule per day. More than that and the focus becomes a little edgy for me… Aniracetam helps me concentrate at work and makes me feel cool and confident in meetings. I expect to always have some around.”

What Do We Know About Pramiracetam? Potential Effects, Dosage & More