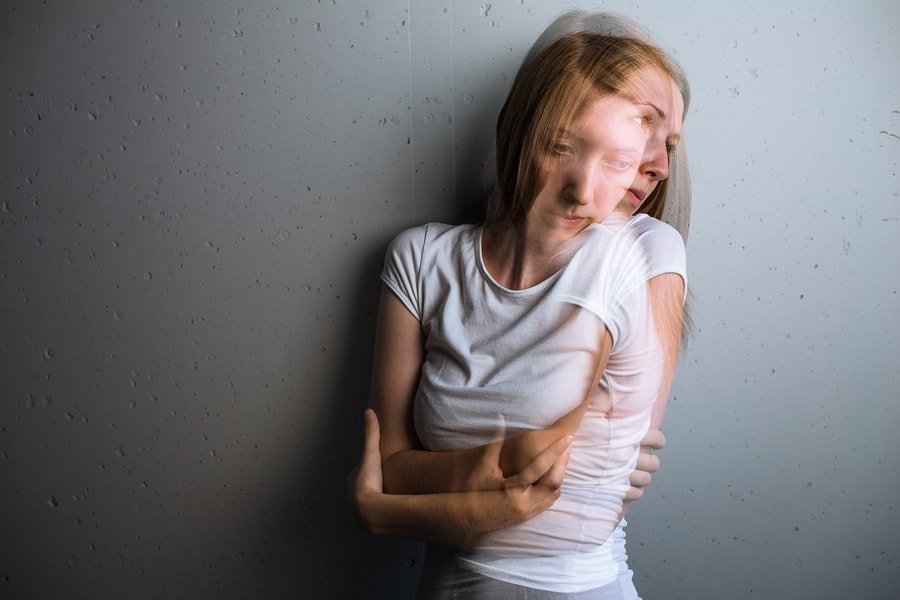 According to one theory, there’s an association between psychosis and marijuana use in some people. How strong is this association and are we missing any important pieces of the puzzle? Among other factors, scientists think that genetics may play a role. Read on to learn what the latest studies found.

How Much Do We Know?

Let’s get something straight right from the start: medical experts and scientists agree that we still don’t have enough evidence that marijuana use can directly trigger psychosis. Recent studies point to strong associations in people at risk, but more data are needed [1, 2, 3].

Thus, people who have a family history of psychosis/schizophrenia or other vulnerability are advised to avoid marijuana. Potent strains and smoking marijuana at a younger age are considered particularly risky [1, 2, 3].

However, the majority of studies dealt with associations only, which means that a cause-and-effect relationship hasn’t been established.

For example, just because psychosis has been linked with marijuana use doesn’t mean that marijuana causes psychosis.

Also, even if a study did find that marijuana use contributes to psychosis, it’s highly unlikely to be the only cause. Complex disorders like schizophrenia always involve multiple possible factors – including genetics, brain chemistry, environment, health status – that may vary from one person to another.

Studies suggest that many factors can modify the relationship between marijuana and psychosis, including [1, 2]:

The most common adverse effects caused by smoking cannabis or using a mouth spray containing cannabis extract (Sativex) are [4]:

A number of anecdotal reports suggest that cannabis can produce a range of acute psychotic symptoms that include depersonalization, derealization, paranoia, anxiety, a flight of ideas, disorganized thinking, persecutory delusions, grandiose delusions, auditory and visual hallucinations, and impairments in attention and memory [5].

Small studies in healthy volunteers suggest that THC (from cannabis) may induce psychosis-like symptoms. However, some people seem to more vulnerable to these negative effects than others [6].

According to large recent studies in Europe and Brazil, smoking high-potency marijuana every day was linked with an increased risk of developing psychosis by nearly five times compared to people who have never used marijuana [7, 3].

Yet a different theory states that some common factors may underlie both cannabis use and psychosis.

Lastly, a group of researchers holds that cannabis use in people with mental health issues is a way to “self medicate” and mitigate the early symptoms of schizophrenia [1].

When to Seek Help

Some research points to the medical potential of cannabis.

However, its use remains controversial because of the high risk of addiction, dependence, side effects, and withdrawal syndrome. This is particularly true for the non-medical use of cannabis and makes it difficult to stop using.

Relapses in people attempting to quit are relatively common. If you’re struggling with cannabis addiction or relapses, find an addiction center near you to get medical help and support.

If you think you experienced psychotic-like symptoms (from cannabis or otherwise), it’s important to contact your healthcare provider. They may recommend that you see a specialist and/or go to an early psychosis intervention center. Getting medical help early on can make a big difference in your mental health and general well-being [9].

The use and possession of cannabis are illegal under federal law for any purpose in the US.

THC in cannabis is classified as a Schedule I controlled substance, defined as having a high potential for abuse, no currently accepted medicinal use, and a lack of accepted safety data for use under medical supervision [10].

Nonetheless, cannabis laws across different US states vary and many states conflict with federal law. States such as California, Colorado, Washington, Oregon, New York, Arizona, and others have legalized or decriminalized cannabis for medical and/or recreational use.

Canada permits the use of both recreational and medical cannabis.

In states where cannabis is illegal, possession and use can result in felony charges.

The Effects of THC on Neurotransmitters

The neurotransmitter-related effects below and experimental and hypothetical.

Structural and functional imaging studies suggest that chronic cannabis causes similar negative changes in brain structure to schizophrenia, such as volume reduction in the hippocampus and the amygdala [11]. According to one experimental hypothesis, this might be due to the neurotoxic effects of chronically elevated dopamine [12].

Activation of the CB1 receptor reduces GABA release in hippocampal neurons in animals. This is hypothesized to disrupt the synchronization of neuronal activity, which interferes with memory consolidation and the brain’s ability to make normal associations, eventually leading to psychotic symptoms [5].

In other words, some scientists that GABA may put the breaks on “crazy” thoughts but that it’s reduced in some key places when CB1 receptors are activated. Limited research suggests that people with schizophrenia may have lower brain GABA, but more large-scale studies are needed [5].

Animal studies show that cannabinoids reduce glutamate (and NMDA activation) in several brain regions involved in the regulation of gating functions, such as the hippocampus, the prefrontal cortex, the nucleus accumbens, and the amygdala [5].

Ketamine, an NMDA blocker, may also cause psychosis, which stresses the potential role of lower glutamate in certain regions and psychosis [13].

The following SNPs have only been found to be associated with cannabis-induced psychosis. That does not mean having them will increase a person’s risk of experiencing psychosis from cannabis.

More work is needed before the impact of cannabis use on psychosis in people with different genetic variations is clarified.

Limited experimental data indicate that dopamine D2 receptors and schizophrenia are tightly related. There is an association between psychosis and relatively greater D2 receptors in the striatum, a dopamine-rich area of the brain [14].

Scientists say that relatively excessive dopamine D2 activation may lead to reduced “gating” functions. This means that people have reduced filtering of relevant information (reduced signal to noise ratio), as well as blocking out distractions [16, 17].

These brain processes contribute to different higher-order cognitive functions and are strongly involved in the control of attention [18, 19].

Some studies suggest that patients with schizophrenia performing attentional tasks have less activity and lower grey matter in the cingulate, a brain region that heavily influences attentional processing and executive function [19]. This region is influenced by D2 receptors [20, 21].

The “A” allele of rs1076560 in the Dopamine DRD2 gene has been associated with cannabis-induced psychosis in one study [22].

It was associated with a 10X higher risk of developing psychosis in daily cannabis users in another study [22].

This SNP has also been associated with behavior and brain activity during cognitive and emotion processing in healthy humans and in patients with schizophrenia [23, 24, 25].

rs1076560 is associated with neuronal connectivity in the amygdala, dorsolateral prefrontal cortex and striatal regions [26, 27], and differences in EEG results [28].

Brain activity in the left basal ganglia and thalamus was also found to be associated with rs1076560 [29].

These differences in brain function have been found to correlate with alterations in working memory, reaction time and impairments in negative decision making [30, 31, 32, 33].

The A allele increased DRD2 function by making the DRD2 protein longer (decreases the ratio of D2S and D2L) [34].

The D2 long form (D2L) is mainly postsynaptic and is a target for antipsychotics [35]. Mice without D2L receptors have reduced D2 activity [36]. The D2 short (D2S) form is mainly a presynaptic autoreceptor that inhibits dopamine synthesis and release [35].

The A allele has been associated with less efficient prefrontal-striatal activity during working memory [25] and with greater levels of striatal dopamine [37].

In healthy subjects, the interaction between the A allele of DRD2 rs1076560 and the A allele of AKT1 rs1130233 was associated with reduced AKT1 protein levels and increased GSK-3β, as well as with altered cingulate response and impaired cognitive function during attentional processing [38].

GSK3b is a protein that has been hypothesized to increase oxidative stress and inflammation in the brain. Certain factors may inhibit it.

D2 stimulation by dopamine inhibits AKT1, which may increase GSK3b and has been linked to psychosis in limited studies [39, 36, 40, 41].

AKT1 levels in the prefrontal cortex of patients with schizophrenia were reduced in some brain imaging studies [42, 43]. Antipsychotics are hypothesized to help by increasing AKT1 and reducing GSK-3β, but this hasn’t been proven [44, 45, 46, 47, 48, 49].

The COMT gene plays an important role in the breakdown of dopamine in the brain.

The “GG” variant of rs4680 has been associated with increased COMT activity, which results in a combination of reduced dopamine in the prefrontal cortex and increased levels of dopamine in mesolimbic areas.

One study suggested that an association between the “GG” genotype and psychotic symptoms after the use of cannabis during adolescence [50].

Another study reported that COMT genotypes only influenced the development of psychotic disorders among individuals exposed to childhood abuse, indicating that environmental exposure and genetic factors may interact in a more complex way than expected [51].

The cannabinoid system plays an important role in brain maturation during adolescence, which is a critical period for maturation of many neurotransmitters, including dopamine [52].

Some scientists suggest that abnormal CB1 function may hamper maturation of the neuronal networks during adolescence, which might underline the later development of psychosis. This has yet to be verified in large human samples, however [53].

There have been conflicting findings in schizophrenia. For example, some studies have reported an increase in cannabinoid receptor (CB1) function in the dorsolateral prefrontal cortex and cingulate, which are associated with volume loss in these areas [54, 55].

The CB1 Receptor SNP rs12720071 (the “C” allele) was associated with lower white matter volumes (frontal and temporal) [56] and an increased schizophrenia risk with marijuana misuse in other studies [56].