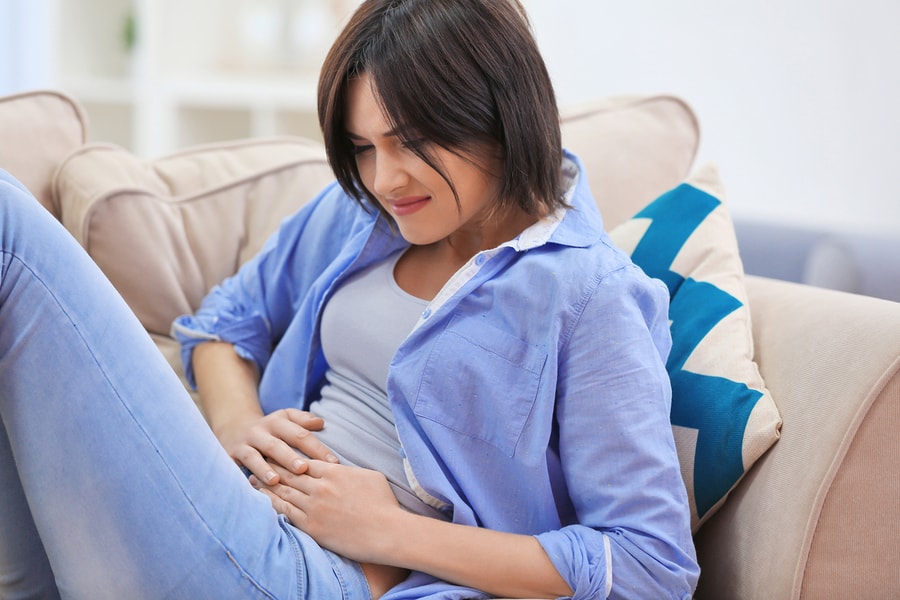 Almost all women will experience PMS at some point in their lives. While the symptoms are mild and infrequent for many, PMS can be a veritable nightmare for others. This complex condition has multiple likely causes, with fluctuations in hormone levels and nutritional deficiencies playing key roles. Keep reading to learn more about PMS and find out which lifestyle and diet modifications and supplements can relieve its symptoms.

So what is PMS exactly and why do symptoms vary so much between women?

Women’s bodies normally undergo cyclic changes to prepare for a potential pregnancy. Estrogens and progesterone, hormones produced in the ovaries, control these changes. These are, in turn, stimulated by the hormones LH (luteinizing hormone), FSH (follicle-stimulating hormone), and GnRH (gonadotropin-releasing hormone), which are produced in the brain.

These cyclic changes are believed to play a key role in PMS symptoms. However, there’s more to PMS than hormonal changes and researchers are still unclear about what causes it.

While changes in hormone levels during a monthly cycle may play a role, there are also other factors involved. For example, although hormone fluctuations can cause swelling, breast tenderness and pain, and weight gain, they may not be a factor in the emotional symptoms women often experience [1, 3].

PMS symptoms may be related to how the brain interprets physical changes during menstruation. Women that have differently-wired brains may have a more difficult time coping with hormonal changes affecting their bodies [4, 3].

Other studies point to nutritional deficiencies as the source of PMS symptoms [5, 6, 7].

Up to 95% of women of reproductive age will experience some degree of PMS. While most will only experience a mild form, around 5% of women may experience a more severe form of PMS called premenstrual dysphoric disorder, or PMDD. PMDD is considered a depressive disorder in which symptoms are severe enough to affect normal work, academic, or social activities [8].

Estradiol (E2) is the most active estrogen in the body. It’s important not just for reproductive function, but also for brain and thyroid function, bone health, and maintaining a healthy weight [9, 10].

If you have higher blood estradiol levels during the second half of your menstrual cycle, this can result in more severe PMS symptoms. Additionally, hormonal therapy with estradiol can also increase the severity of the symptoms [11, 12].

If your PMS is interfering with your life, it’s wise to check and monitor your hormone levels. You can do this with a simple blood test. The estradiol (17-beta-estradiol, E2) test is the most commonly used estrogen test, but you may also want to check your estrone (E1) levels.

Progesterone is another hormone that plays an important role in reproduction. This hormone helps regulate the menstrual cycle and prepare the body for pregnancy. Like estradiol, increased blood progesterone levels are linked to more severe PMS symptoms [13, 11].

You can monitor progesterone levels by getting regular blood or urine tests.

Luteinizing hormone (LH) is produced in the brain and signals the ovaries to produce estradiol and progesterone. It also causes the ovaries to release an egg (ovulation), and supports the early stages of pregnancy [15].

High LH levels during the second half of menstruation are associated with bad mood and more severe PMS symptoms [12].

There are conflicting results regarding the association between PMS symptoms and other hormones, such as [16]:

PMS symptoms may actually be due to causes unrelated to your hormone levels. One example of this is anemia due to iron deficiency [17].

Taking dietary and iron supplements for 2 months reduced PMS symptoms considerably in a study of 40 women with anemia [18].

In a long-term study of over 3k women followed up for 10 years, eating an iron-rich diet was linked to a 31% lower incidence of premenstrual syndrome [5].

If you have a tendency towards anemia, you should monitor your iron and ferritin levels, in addition to your hemoglobin levels. If your PMS goes away or decreases when your iron levels improve, you’ve found the culprit for your symptoms.

Another factor that may be causing or aggravating your PMS symptoms is a lack of magnesium. Magnesium is important for nerve and muscle function, both of which can be affected in PMS [19].

Several studies showed that magnesium supplements can improve PMS symptoms. You can check if yours are low by doing a simple blood or a 24-hour urine test. Magnesium deficiency is easy to correct, but it may take some time for the effects to show (2 months) [6, 20, 21, 19].

Women with PMS can have low blood manganese and calcium levels [7].

In a small study of 10 women, low dietary manganese and calcium intake increased mood and pain symptoms during PMS [22].

You can check your manganese levels by doing a simple blood test.

The following lifestyle changes may help relieve PMS symptoms in most cases. Remember to talk to a doctor before implementing any major lifestyle or dietary changes and always follow their recommendations.

If you fail to manage them with these strategies or they interfere with your health and daily activities, seek medical attention. Depending on the type and severity of your symptoms, your doctor will prescribe medication such as antidepressants, painkillers, diuretics, and birth control pills.

Perceived stress was associated with an increased severity of PMS symptoms in a study on 98 Korean students. Avoiding stress triggers as much as possible and implementing strategies aimed at reducing anxiety may help prevent severe PMS symptoms [25].

For instance, relaxation techniques, including meditation and cognitive-behavioral relaxation therapy, may help relieve PMS symptoms as seen in a trial on 60 women [26, 27].

Yoga is a relaxation technique that can also help relieve physical symptoms, especially pain, as seen in a clinical trial on 64 women [28].

Your PMS symptoms may improve if you quit smoking. Women who smoke reported more problematic PMS symptoms in a survey of 23 women [1].

Some studies have shown an improvement in PMS symptoms, especially pain, after acupuncture [30, 31].

Make sure your diet contains enough iron. These foods are rich in iron:

Low dietary manganese can worsen your mood and aggravate pain symptoms in PMS [22].

To increase manganese in your diet, consume more:

Women experiencing PMS often crave salty or sweet foods. But these foods may actually aggravate the symptoms. Eating less salt and carbs can prevent swelling in women who experience this symptom [32].

EPA and DHA reduced PMS symptoms such as mood swings, fatigue, and depression in a clinical trial of 124 women [33].

In another trial of 70 women, krill oil (whose composition in fatty acids is very similar to that of fish oil) reduced stress, depression, irritability, and the reliance on pain relievers [34].

One of the oldest uses of saffron is for the treatment of PMS [35].

When women were exposed to the smell of saffron for as little as 20 minutes, it significantly reduced symptoms of PMS and improved their irregular periods in a clinical trial on 35 women. This effect occurred through a reduction of the stress hormone cortisol [36].

In one trial on 128 women with PMS, those treated with chasteberry over 6 months experienced significantly reduced breast pain and tenderness, swelling, constipation, irritability, depression, and migraines [38].

Fennel reduced the severity of the symptoms in 90 young women with moderate to severe PMS [40].

Another supplement that may help with PMS symptoms is curcumin. It prevents decreases in BDNF levels, which in turn may improve both psychological and physical PMS symptoms [41, 42].

Studies on 144 women show that calcium supplementation may relieve anxiety, depression, swelling, and pain in those experiencing PMS [43, 44].

Other Supplements That May Help

Other supplements shown to help with PMS in clinical trials include: