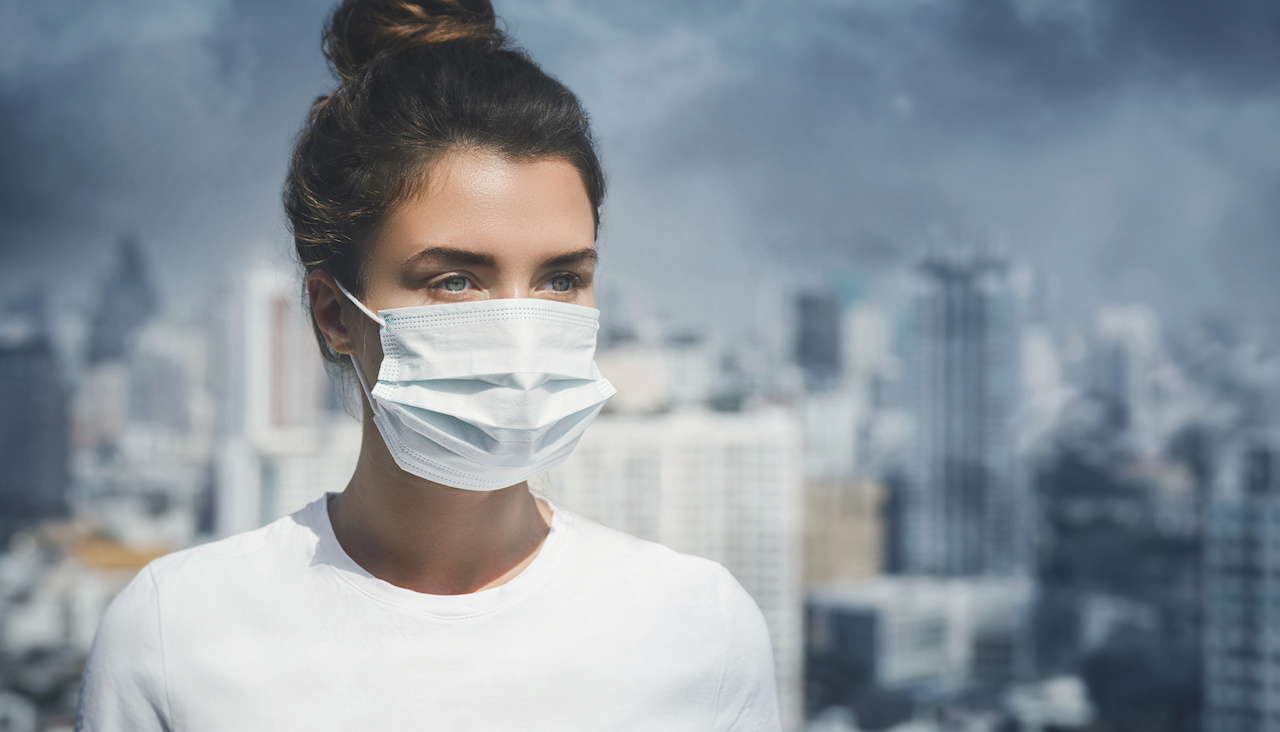 Carbon dioxide is a colorless, odorless gas. Recognizing poisoning can be challenging unless you know the symptoms. Find out what can increase your carbon dioxide levels to dangerous amounts and how to stay safe.

What Is Carbon Dioxide?

Carbon dioxide (CO2) is a colorless, odorless gas that is naturally produced by animals (including humans) as a byproduct of metabolism. This CO2 travels to the lungs where it is eventually exhaled out of the body [1].

On the other hand, plants use CO2 as an energy source and produce oxygen as a waste product [1].

Normally, CO2 is found in the air at very low concentrations, at around 0.04%. This concentration of CO2 is typically harmless to the body. However, certain situations may increase exposure to CO2 [2].

The most common cause of CO2 poisoning is working in small, poorly ventilated spaces such as basements, storage tanks, and mines. This is because poor ventilation causes a buildup of CO2 that eventually displaces the oxygen that is available [2].

Poisoning can also occur in areas where alcoholic beverages are made, like wineries, breweries, and cellars. This is because the fermentation process that produces alcohol also creates CO2 [2, 3].

A source of CO2 that is often overlooked is dry ice, which is the frozen form of CO2. There are a few reports of CO2 poisoning caused by dry ice melting in enclosed spaces [4, 5].

Volcanoes also emit CO2 in large quantities, which can collect into nearby pocketed locations. A small number of CO2 poisoning cases have been attributed to volcano emissions [6].

The most common cause of carbon dioxide poisoning is working in small, enclosed spaces without proper ventilation.

If you or someone you know may be experiencing carbon dioxide poisoning, seek immediate medical attention. In the U.S., you can contact a Poison Control Center by calling 1-800-222-1222.

The concentration of CO2 that is normally found in the air (0.04%) typically does not have negative effects on the body. Even at much higher air concentrations, like 1%, CO2 may only cause mild drowsiness in some people [2, 4].

However, at concentrations above 1%, CO2 may start to affect [4]:

These effects occur because high concentrations of CO2 will displace the available oxygen, causing anyone nearby to suffocate [2].

Carbon dioxide is a colorless, odorless gas, making it difficult to realize when one is being exposed to high levels. For this reason, anyone working in enclosed spaces should ensure there is proper ventilation [2].

Cases of carbon dioxide poisoning are fairly rare. According to some estimates, less than 100 people die from CO2 poisoning each year in the U.S. [2, 4].

Carbon dioxide is not the same as carbon monoxide.

A number of factors may cause high carbon dioxide levels. If your levels are outside of the normal range, it may not necessarily mean there is something wrong. However, a normal level also doesn’t mean a particular medical condition is absent. Always talk with your doctor to learn more about your test results.

CO2 levels are closely tied to the pH of the blood. This is because most of the CO2 in the body is in the form of HCO3- (bicarbonate), which plays an important role in maintaining blood pH [8, 9].

Metabolic alkalosis occurs when blood pH increases above 7.45, becoming too basic. During metabolic alkalosis, the body naturally compensates by slowing its breathing rate, causing a buildup of CO2 in the blood [10, 11].

Some causes of metabolic alkalosis include [10, 11]:

CO2 that is produced by the body’s metabolism is eventually exhaled out of the body through the lungs. Conditions that slow or block the body’s ability to breathe can cause a buildup of CO2 in the blood, which is referred to as respiratory acidosis or hypercapnia [12, 1].

Any condition that disrupts the ability to breathe can cause respiratory acidosis. Some common examples include [12, 1]:

Symptoms of respiratory acidosis can vary depending on the underlying cause and may include [12, 1]:

Check out our article on respiratory acidosis for a complete breakdown of this condition.

Conditions like asthma or COPD can slow or partially block your ability to breathe, causing CO2 levels to rise.

Several drugs can cause an increase in CO2 levels.

Diuretics like furosemide can disturb the balance of electrolytes in the body, leading to higher HCO3- and CO2 levels [13].

Taking an excessive amount of antacids containing calcium can cause calcium levels and blood pH to increase. Both of these factors can elevate HCO3- levels, leading to metabolic alkalosis and an increase in CO2 [10, 11].

Sodium bicarbonate is sometimes used in the hospital to treat certain conditions, like overdoses and high potassium levels (hyperkalemia). Sodium bicarbonate directly increases HCO3- levels, which can lead to alkalosis and elevated CO2 [10, 11].

Certain corticosteroids, such as dexamethasone and triamcinolone, can change how the kidneys reabsorb electrolytes, which also leads to higher HCO3- levels [14, 15].

Since the start of the industrial revolution in the 18th century, global carbon dioxide levels have almost doubled. Today, certain areas in the world have very high CO2 levels in the air, due to several factors like pollution, deforestation, and emissions from burning fossil fuels [16].

One recent study of 13,000 cities across the world found that the cities with the highest CO2 emissions include Seoul, South Korea; Guangzhou, China; and New York City, U.S. The use of fossil fuels by vehicles and industrial plants plays a major role in CO2 levels in all of these cities [17].

Research shows that a combination of high CO2, pollution, and climate change has serious effects on human health, such as increasing the risk of lung disorders, infectious diseases, birth defects, and death in general [18, 19].

Living in cities with high CO2 levels in the air may cause a number of health issues and is associated with higher rates of death.

As mentioned in the carbon dioxide poisoning section, very high concentrations of CO2 in the air can be toxic and require immediate medical attention.

However, emerging research suggests that long term exposure to slightly elevated levels of CO2 may also have negative effects on cognition and decision making.

The normal concentration of CO2 in the Earth’s atmosphere is about 0.04%. One study with 22 participants looked at the effects of exposure to CO2 concentrations at 0.06%, 0.1%, and 0.25% after three 2.5 hour sessions. The group exposed to 0.25% of CO2 in the air performed significantly worse on tests measuring decision-making compared to the groups exposed to lower CO2 levels [20].

Another study of 24 participants looked at 6 different CO2 concentrations, ranging from 0.05% to 0.14%. After 6 full workdays of exposure in an office environment, the group exposed to the highest CO2 levels performed the worst on cognition tests measuring activity, concentration, and strategic thinking [21].

These studies suggest that CO2 levels commonly seen in office buildings, which is usually about 0.09%, may hinder the performance and health of workers [20, 21].

This post is part of a three-part series about carbon dioxide. Read the other parts to learn about: