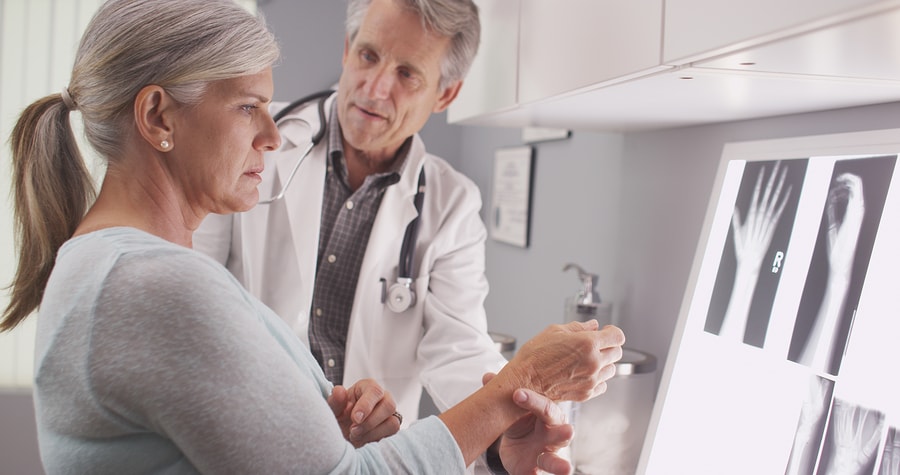 High parathyroid hormone levels (hyperparathyroidism) cause wide-ranging symptoms common to many disorders. High blood calcium (hypercalcemia) is usually the first abnormal result that alerts your doctors that something may be wrong. Read on to find out how to prevent hyperparathyroidism or detect it on time. 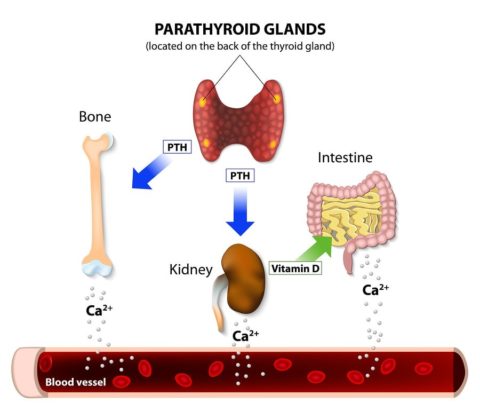 Hyperparathyroidism means having too much parathyroid hormone (PTH) in the blood. The disorder is classified as primary, secondary, or tertiary.

Secondary hyperparathyroidism occurs when high levels of PTH in the blood are a response to low blood calcium or other mineral levels.

How Common Is Primary Hyperparathyroidism

Primary hyperparathyroidism is more than twice as common in women than in men [1].

The chance of developing it becomes greater with age as hyperparathyroidism is more common in postmenopausal than premenopausal women [2].

When parathyroid gland malfunctions, it’s most commonly due to a benign tumor (adenoma) [2].

The second most common cause is an increase in the size of the parathyroid gland (hyperplasia) [2].

Cancer of the parathyroid glands is only responsible for about 1% of cases [2].

Symptoms of primary hyperparathyroidism include [3, 4, 5]:

Your doctor can order the following tests to help diagnose hyperparathyroidism:

Some health issues may result directly from the excess of PTH. For example, one study found that increased stiffness in heart vessels was associated with high PTH levels but was not associated with calcium levels [8].

Osteoporosis is a major concern for those with primary hyperparathyroidism.

Our bones are constantly undergoing reconstruction; parts are reabsorbed, while new bone tissue is being made.

Bones have specialized cells that perform these actions. Parathyroid hormone controls which cell type is more active, those that build or those that break down bones [9].

Low levels of PTH with intermittent pulses promote more bone-building activity. Constant and high levels of PTH, which occur with primary hyperparathyroidism, cause more bone to be broken down and calcium released back into the blood.

Osteoporosis associated with primary hyperparathyroidism may decrease the density in some bones more than others. Research suggests that bone density measurement of the radius may be a better predictor of fracture risk than that of the lumbar spine for those with hyperparathyroidism [3].

What to Pay Attention To if You Have Primary Hyperparathyroidism

If you have a mild case of hyperparathyroidism, this is often managed through active surveillance rather than more invasive treatments [10, 11].

Monitoring and treating the disorder will most commonly focus on the related kidney and bone problems.

These are the tests that can help you and your doctor monitor primary hyperparathyroidism [2]:

The most important thing is to work with your doctor to treat hyperparathyroidism as soon as possible.

Some medications may be effective in the short-term management of hyperparathyroidism. Bisphosphonates, which inhibit bone loss, may improve bone density. Cinacalcet, which inhibits parathyroid gland function, lowers blood calcium levels [10].

However, surgical removal of some or all of the parathyroid glands (parathyroidectomy) is currently the only known cure and is used in severe cases of the disorder. Surgery is advised for patients who meet any of the following criteria [14]:

Many measures of quality of life are improved post-surgery and complications from the surgery are rare [14].

Removal of the parathyroid gland can improve density in many bones and decrease the risk of fracture [15, 16].

The most frequent complication from surgery is temporary or permanent hypoparathyroidism (low PTH). About 5% of patients continue to have high levels of PTH after surgery and so require a second surgery [17].

In secondary hyperparathyroidism, the parathyroid glands are functioning properly. They release more parathyroid hormone in response to low calcium levels.

Causes listed below have been associated with secondary hyperparathyroidism. Work with your doctor or another health care professional to get an accurate diagnosis.

Abnormally low levels of calcium in the blood cause high parathyroid hormone levels. Vitamin D deficiency is the most direct cause of low blood calcium levels [18]. In these cases, calcium and/or vitamin D supplements along with sun exposure should decrease PTH levels.

Aldosteronism is a disorder in which there is excess production of the hormone aldosterone by the adrenal glands.

Aldosteronism can lead to hyperparathyroidism, likely because it causes more calcium to be removed in the urine, thus lowering blood calcium levels [23, 24, 25].

High salt intake increases calcium excretion in the urine, which is greater in those with primary aldosteronism [26].

In those with aldosteronism, higher blood potassium levels cause higher PTH levels [24].

The association between aldosteronism and hyperparathyroidism is bidirectional: an increase of one will cause an increase in the other [27].

The interaction of high PTH and aldosterone levels might increase the risk of heart, metabolic, and bone diseases [27, 28].

In patients with aldosteronism caused by an adenoma, removal of the adrenal glands (adrenalectomy) increased calcium levels and brought parathyroid hormone levels back to normal [29].

Treatment of patients with primary aldosteronism with a mineralocorticoid receptor (MR) blocker can lower PTH levels [24].

The kidneys are critical for maintaining normal calcium and phosphorus levels in the blood and for converting vitamin D into its active form. PTH plays a role in those processes, promoting the kidney’s reabsorption of calcium, suppressing reabsorption of phosphorus, and stimulating the activation of vitamin D.

As kidney disease progresses, the incidence of hyperparathyroidism increases: from 40% in stage 3 to 70% in stage 4, and greater than 80% in stage 5 [32].

It can be difficult to know the cause and effect relationship of high PTH levels because other interrelated health disorders often co-occur with chronic kidney diseases, such as malnutrition, diabetes, high blood pressure, anemia, inflammation, and pre-existing heart disease [33, 34].

For chronic kidney disease patients, heart-related problems are the primary cause of death and bone disease is a leading cause of disability. PTH imbalances contribute to both conditions [35].

Because parathyroid hormone is involved in both bone and heart disease, measuring its levels is one way to determine the severity of those conditions. Medications and dialysis treatments are often modified based on PTH levels [36].

Vitamin D supplementation in patients on dialysis may lower PTH. Out of 40 studies of vitamin D therapy in dialysis patients, 29 found that vitamin D lowered PTH [37].

Although some case studies suggest that removal of the parathyroid glands provides health benefits for those with chronic kidney disease, larger controlled studies are needed to better determine those benefits and potential side-effects [38].

How Your Genes Could Be Causing Hyperparathyroidism

Multiple endocrine neoplasia types 1 is a rare (~1 in 30,000 people) inherited disorder that causes tumors in the hormonal glands and small intestine. The disorder is caused by mutations in the MEN1 gene, which codes for a protein involved in cell division and growth: menin. Primary hypoparathyroidism is usually the first sign of the disorder [40, 41].

Other inherited forms of hyperparathyroidism include [42, 43]:

A study that monitored over 69k women for 22 years found that lack of exercise (low physical activity) was associated with a higher risk of developing hyperparathyroidism [44].

Another study that involved over 85k women, followed for up to 26 years, found that larger waist size was associated with an increased risk of developing hyperparathyroidism (there was also a trend, but it wasn’t significant for BMI) [45].

However, remember that high calcium levels can have negative effects on your health (e.g. heart disease, kidney stones). Always speak to your doctor before taking any supplements!

Discuss vitamin D3 supplements with your doctor. Vitamin D supplements can be taken with foods high in fat to enhance absorption [49, 50, 51].

Monitor your vitamin D levels because high levels can be toxic [49].