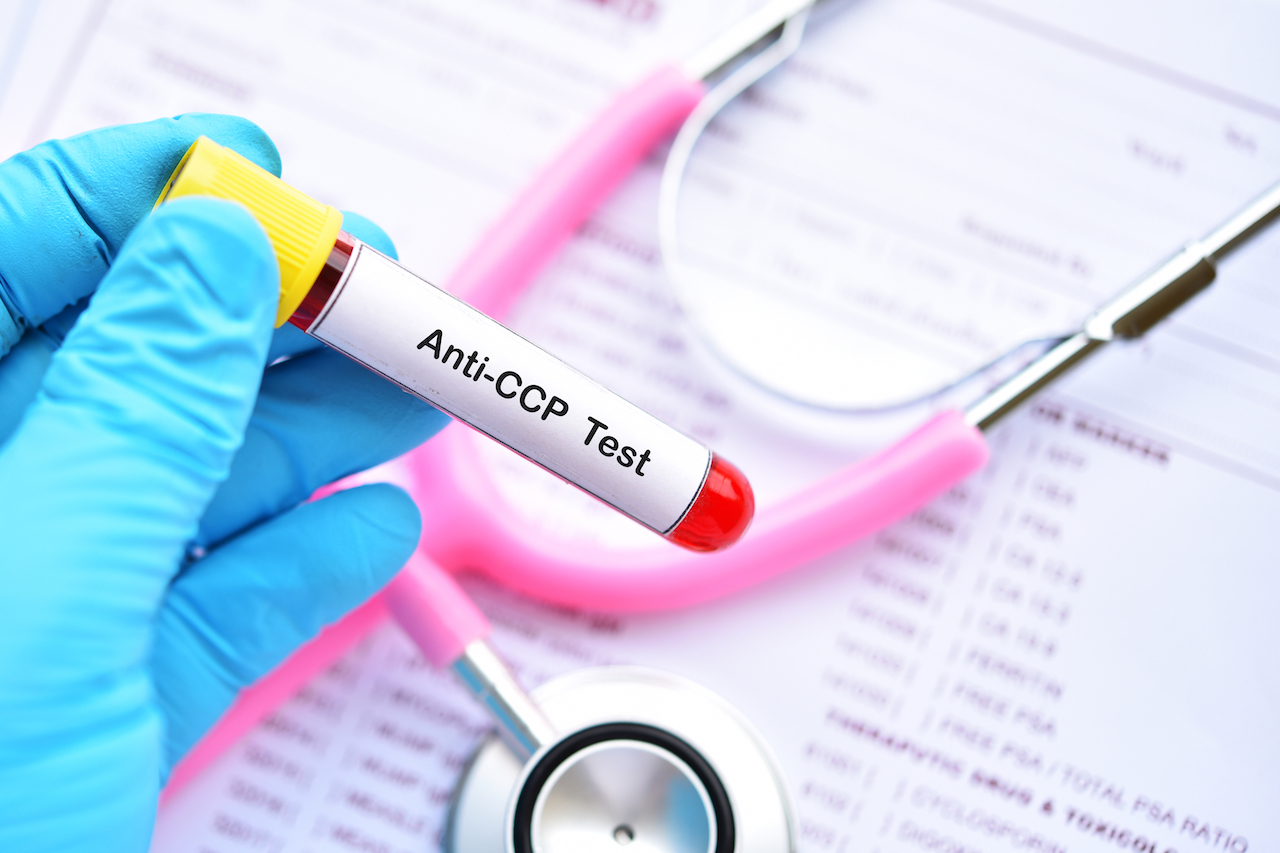 Some researchers have theorized that high anti-CCP antibody levels can be used to both identify and reduce inflammation in rheumatoid arthritis. Learn more here.

Anti-CCP is a type of autoimmune antibodies against citrullinated proteins (CCP). Anti-CCP antibodies are abundant in rheumatoid arthritis, and tests measuring anti-CCP have a specificity of about 96% [1].

Natural Factors That May Decrease Inflammation in Joint Disease

It is important to remember that levels of the antibody are not directly linked to disease activity, but since anti-CCP antibodies are still believed to play a role in the destruction of the joints, some studies use them to try and understand or decipher substances that might affect disease progression [2].

That is to say: the following substances have been found to decrease both inflammation and, by proxy, anti-CCP levels. There is no indication of whether these strategies might directly reduce anti-CCP.

Gum disease (periodontal disease) is often caused by an infection by the bacteria P. gingivalis [3].

Several studies have found that rheumatoid arthritis patients are more likely to have gum disease as well as more severe forms of the disease [4, 5, 6, 7, 8].

Some research suggests that oral bacteria such as P. gingivalis directly contribute to the development of rheumatoid arthritis [9].

Smoking increases the citrullination of proteins that can trigger an autoimmune reaction [14].

The following substances have shown promise against rheumatoid arthritis and high anti-CCP in limited, low-quality clinical studies; there is currently insufficient evidence to support their use in this context, and they should never replace what your doctor prescribes. Remember to talk to your doctor before starting any new supplement or making significant changes to your diet.

Vitamin D deficiency is linked to both a greater risk of developing rheumatoid arthritis and more severe arthritis symptoms such as pain, swelling, and inflammation in existing patients [15, 16].

In a study of over 200 people, lower vitamin D levels were linked to higher anti-CCP antibody levels [17].

Vitamin D may help lower anti-CCP antibodies by suppressing overactive immune cells that attack the body’s own proteins and tissues [17].

Vitamin D deficiency is linked to both rheumatoid arthritis and higher anti-CCP antibodies.

Omega-3 fats help by reducing inflammation that can increase the citrullination of proteins leading to an immune system reaction and increased anti-CCP [20, 21].

Studies show that in anti-CCP positive patients, higher levels of omega-3s slowed the progression of inflammatory arthritis symptoms, but further study is needed [20, 22].

Omega-3’s reduced inflammation in people with high anti-CCP, but more studies are needed.

One study of 127 rheumatoid arthritis patients looked at the effect of taking sweet wormwood (Artemisia annua) or a placebo in addition to standard immunosuppressive drugs. Those given wormwood saw a nearly 10% greater reduction in anti-CCP antibodies and a greater reduction in painful and swollen joints after 48 weeks [23].