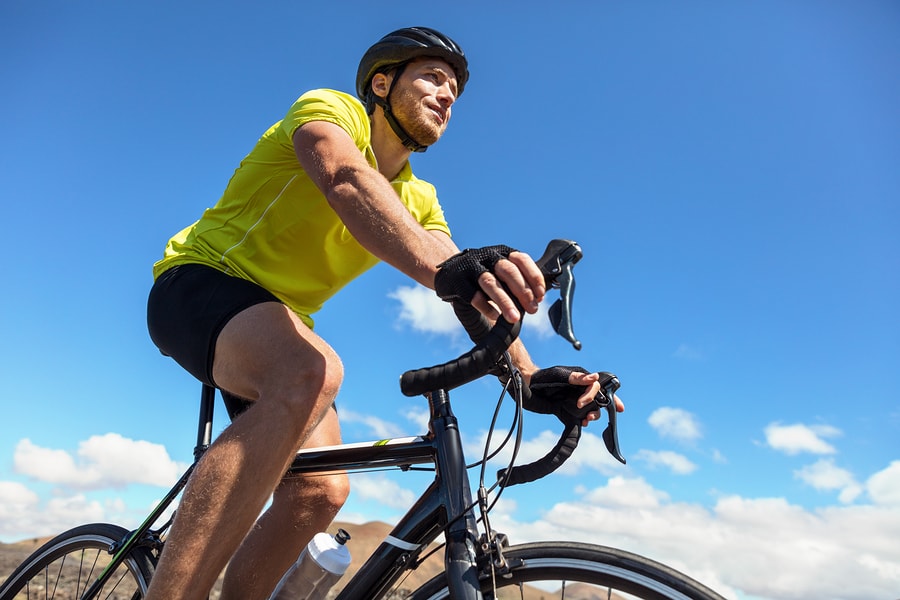 L-citrulline is a naturally-occurring amino acid that has many purported health benefits. People use it to increase strength and stamina, improve erectile dysfunction, and support heart health. However, the majority of its uses are not supported by proper studies. Read on to learn whether L-citrulline has evidence-based benefits.

L-citrulline is a non-essential amino acid, meaning that it is made in the body and is not required through diet [1].

The name citrulline comes from the word citrullus, the Latin word for watermelon, as the fruit contains this amino acid (1.1- 4.7 mg/g) [2].

L-Citrulline is available as a supplement and can be found in a variety of foods.

Foods that contain L-citrulline include [3, 1]:

Though l-citrulline is found in some foods, it’s mostly produced from l-arginine (by fermenting l-arginine with special microorganisms) or synthetically [4].

L-citrulline supplements have not been approved by the FDA for medical use and generally, lack solid clinical research. Regulations set manufacturing standards for supplements but don’t guarantee that they’re safe or effective. Speak with your doctor before supplementing.

L-citrulline is a non-essential amino acid. Watermelons are especially high in it, but the body can also produce l-citrulline from l-arginine.

How is it different from L-arginine?

Additionally, L-arginine causes nausea, vomiting, and diarrhea in doses above 9 g, whereas L-citrulline seems to be less likely to cause these adverse effects [6]. However, proper safety trials are lacking.

Because they use different transporters in the gut when they’re absorbed, scientists think L-citrulline can be combined with L-arginine to increase arginine and nitric oxide levels greater than either one alone. This theory has yet to be confirmed [7].

L-citrulline is claimed to raise nitric oxid better than l-arginine with fewer side effects, but this has yet to be properly verified.

Some researchers suggest that L-citrulline plays an important role in muscle strength, heart health, the production of important enzymes, and increasing arginine levels [8].

L-citrulline is one of the three amino acids in the urea cycle (the other two being L-arginine and L-ornithine). The urea cycle converts a toxic compound called ammonia into urea, which is then eliminated from the body through urine.

After ingestion, L-citrulline is converted to L-arginine by the kidneys and is released into the bloodstream by the kidneys so that it is available to the whole body [9, 10].

L-Citrulline is also formed as a by-product in the production of nitric oxide from arginine. It can be recycled back to arginine in what is known as the citrulline-NO cycle [12].

Upon ingestion, l-citrulline is likely transformed to l-arginine, an amino acid that raises nitric oxide levels to enhance blood flow.

Remember to speak with a doctor before taking l-citrulline supplements. L-citrulline should never be used as a replacement for approved medical therapies.

Urea cycle disorders are genetic disorders that are usually diagnosed in children and can impair the elimination of ammonia from the body [13].

L-Citrulline supplements can help treat certain urea cycle disorders by removing ammonia from the bloodstream and preventing a build-up of it [1, 14].

A randomized clinical trial on 30 heart failure patients showed that citrulline may increase exercise capacity. Those who were given l-citrulline were able to exercise on a treadmill for longer [15].

As previously mentioned, healthy men who were given L-citrulline also saw an increase in exercise capacity, either by being able to do more bench presses or cycle faster [16, 17].

A study of 18 men with fatigue found that L-citrulline reduced fatigue and increased ATP levels. Every man reported a reduction in fatigue after exercise. L-Citrulline also increased the production of creatine phosphate, which is a form of energy reserves in the muscles [18].

Another study of 41 men showed that citrulline malate reduced fatigue. Those receiving citrulline were able to do more reps per set of bench presses and experienced less soreness after exercise [16].

A study of 30 patients with heart failure found that l-citrulline increased the volume of blood pumped out of the right ventricle of the heart and lowered blood pressure in the pulmonary artery [15, 19].

A study of 35 patients revealed that L-citrulline improved the function of both the right and left ventricles as well as endothelial function [20].

However, the safety and efficacy of l-citrulline in heart failure patients should be investigated further in large-scale studies.

There is insufficient evidence to support the use of l-citrulline or any of the below-listed uses.

A single-blind study of 24 men over the age of 55 showed that L-citrulline improves erectile dysfunction (ED) and increases the hardness of erections. Some men reported having more sex after treatment and being more satisfied [21].

However, we can’t draw any conclusions from this small study, the findings of which have not been replicated. Further research should be encouraged.

L-citrulline supplements improved erectile dysfunction and reduced dysfunction caused by low blood pressure in rats. Scientists think this is likely due to an increase in nitric oxide [22, 23].

A study on 15 healthy men showed that those who received L-citrulline supplements had increased nitric oxide levels [24].

A study of 10 children with a mitochondrial disorder found that L-citrulline supplements effectively increased nitric oxide levels due to an increase in arginine [25].

Furthermore, clinical research is lacking to determine the effects of l-citrulline on blood flow.

A combination of L-citrulline and L-arginine supplements increased blood flow in the ears of rabbits [26].

Evidence does not back up the purported benefits of l-citrulline on blood pressure, though early studies are promising.

Another study of 12 healthy young men found that L-citrulline decreases both systolic and diastolic blood pressure [28].

A study on 17 cyclists revealed that L-citrulline increased growth hormone levels after exercise, but not at rest. They hypothesized that this might’ve been due to an increase in arginine levels. Arginine blocks the release of growth hormone inhibiting hormone. Much more research is needed [29].

A study on 17 male cyclists found that L-citrulline supplementation before exercise may boost immunity. Neutrophils (a type of white blood cell) of the cyclists supplemented with L-citrulline showed improved ability to fight infection. Additional research is needed, as we can’t infer anything from a single study [30].

A study of 5 African-American patients with sickle cell anemia showed that L-citrulline supplementation may be a useful complementary strategy for the disease. The patients treated with L-citrulline had reduced symptoms of the disease along with a decrease in white blood cells to normal counts [31].

The use of l-citrulline for sickle-cell anemia remains unproven until additional clinical trials are conducted.

The following side effects have also been reported [32]:

This list is not exhaustive. Limited safety data are available, so additional adverse effects cannot be ruled out [14].

Although there is no clinical evidence, L-citrulline supplementation may interact with drugs used to treat the following conditions: [1]

L-citrulline dosage in clinical studies differed depending on what it was being used for.

To reduce fatigue and increase workout capacity, 2,400 mg/day was given [17].

Many people claim that L-citrulline supplements are effective at increasing energy levels and exercise capacity when taken pre-workout.

Some people also report that L-citrulline is helpful for heart and overall health.

While most people were happy with the supplement, others reported that it did not work for them or that it caused them to feel sick.

L-citrulline is a non-essential amino acid. Watermelons are especially high in it, but the body can also produce l-citrulline from l-arginine.

When ingested, scientists think that the kidneys convert l-citrulline to l-arginine. Next, l-arginine is claimed to reach blood vessels, increase nitric oxide, and boost blood flow. However, this hasn’t been sufficienly researched.

According to some evidence, l-citrulline may be beneficial for enhancing athletic performance and post-exercise recovery, as well as in people with heart failure. It’s also used to treat certain urea cycle disorders, rare genetic disorders diagnosed in children. Other purported benefits of this amino acid remain unproven.

Limited safety data on l-citrulline is available. It’s considered to be generally safe, but gut-related side effects and swelling have been reported.