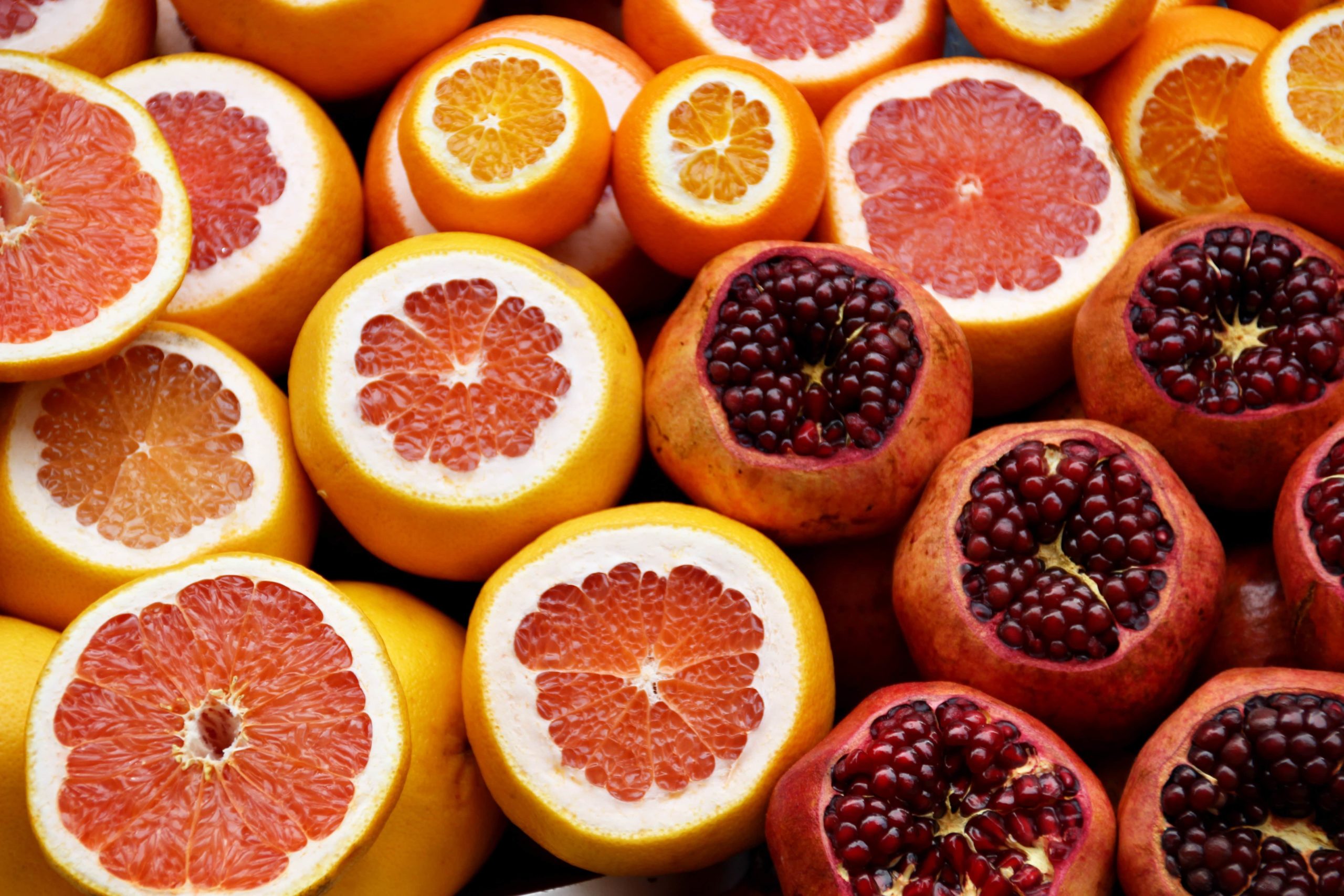 Vitamin C is a powerful antioxidant that’s found in many foods, but some exotic fruits contain it in exceptionally high amounts. Vitamin C deficiency is rare, but it can have serious health consequences. Read about the top dietary sources of vitamin C and which symptoms might signal deficiency in this post.

Early indications of Vitamin C deficiency are fatigue, malaise, depression, and they may manifest as a reduced desire to be physically active [1].

Scurvy (pathological Vitamin C deficiency) leads to blood vessel fragility resulting in hemorrhage, as well as connective tissue damage due to failure in collagen production, often leading to loss of teeth and tendon rupture. At worse, scurvy can lead to death [2, 3].

Other signs and symptoms of severe vitamin C deficiency include [4]:

Clinical scurvy can be avoided by intaking as little as 10 mg of Vitamin C per day. Scurvy is extremely rare in developed countries [5].

However, mild Vitamin C depletion has been observed in 10-30 % of the presumed healthy population [5, 6].

Causes shown here are commonly associated with vitamin C deficiency. Work with your doctor or other health care professional for an accurate diagnosis.

One of the major causes of low vitamin C levels is eating a poor diet lacking in fresh fruits and vegetables. This is commonly seen in:

Low vitamin C levels can also be caused by:

Vitamin C levels can be measured with a blood test.

Some researchers believe that up to 22% of the U.S. may have below adequate Vitamin C status (blood concentrations < 28 µmol/L), and about 6% of the adult population is classified as Vitamin C deficient (<11 µmol/L) [1].

The following factors can significantly increase the body’s requirements for vitamin C and the risk of vitamin C deficiency [13, 17]:

In addition, one study suggested that non-supplementing men aged 20-49 are particularly at risk of poor Vitamin C status [1].

Schizophrenic patients tend to have significantly lower levels of blood Vitamin C, according to limited research [24].

Genetics can also play a role. Blood Vitamin C levels differ according to polymorphisms of SVCT2 and SVCT1 [5].

Vitamin C is found in high concentrations in the pituitary, adrenals, and the ovaries, but muscle, brain, and liver contain the largest stores of this vitamin. However, being water-soluble, vitamin C is not stored in large amounts in the body [25].

Vitamin C is absorbed from the intestinal lumen and kidney tubules and then distributed throughout the organism by the bloodstream [26].

The uptake and distribution of Vitamin C in the body is under close control and primarily regulated by tissue-specific, sodium-dependent Vitamin C co-transporters (SVCT) 1 and 2, which transport Vitamin C in exchange of sodium [6].

Many fruits and vegetables contain plenty of vitamin C, including citrus fruits, peppers, berries, and broccoli [27].

You need 5–9 servings of fresh, minimally processed, or frozen fruit and vegetables per day to get about 200 mg of vitamin C [28].

Vitamin C is destroyed by heat and long storage times, so eating raw (or minimally processed), fresh fruits and vegetables is the only effective way to get adequate amounts of dietary vitamin C [27].

Fruits and vegetables are available to most people nowadays, even in cold regions where vegetation is sparse for long periods of time, such as in Northern Europe and Canada.

Vitamin C is also added to many foods as a natural preservative–it works to protect against oxidation [12].

Traditionally, people living in cold environments relied on so-called “alternative” sources of vitamin C that were available to them, even during the winter. These include [12]:

However, the vitamin C content in animal foods is poor. These animal sources only contain 30–40 mg/100 g (or less), while cooking the food will destroy most of its vitamin C content. For this reason, vitamin C deficiency is plausible in people on a strict carnivore diet who are not taking supplements [44].

Genetics
5
1
The HLA-B27 Variant, Genetic Test & Autoimmunity
Herbs
1
Homeopathic Belladonna: What is it & Does it Work?
Brain
0
Can Genetics Impact a “Leaky” Blood-Brain Barrier?