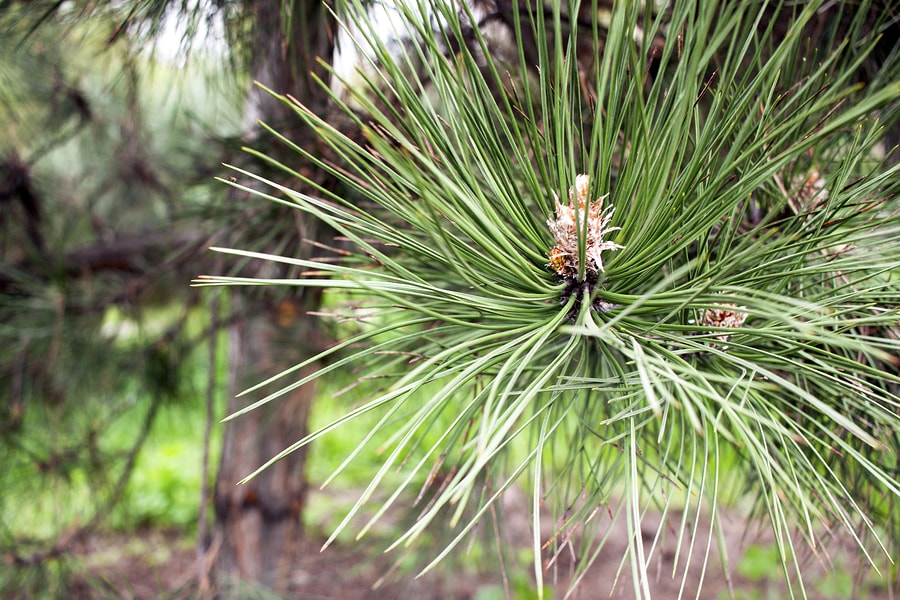 Pine needle tea is made from brewing the needles of trees in the genus Pinus. It has been used in traditional Chinese and Korean medicine for centuries to promote health. Recent studies looked at other potential health benefits of pine needles, such as increasing antioxidant defense and reducing inflammation. Read on to learn more!

What Are Pine Needles?

Pine needles are the needles from various pine trees. All conifers, including pines, use these needles as “leaves” to soak up the energy of the sun. They can be prepared fresh – for example, to make tea or honey with pine needles – or processed into extracts, essential oil, or other formulations.

Broadly speaking, pine needle tea is made by brewing the needles of any trees in the Pinus genus. There are over 100 species of pine trees within this genus, so the looks and composition of pine needles can greatly vary [1].

Historical reports indicate that pine needles were used by European explorers who reached the North American continent in the early 16th century [2].

One source described the use of pine needles for scurvy in Jacques Cartier’s critically-ill sailing crew in 1536. They supposedly used an Iroquois decoction from the bark and leaves of an indigenous white pine species that likely contained vitamin C – a nutrient that’s hard to find in nature during harsh Canadian winters [2].

Have in mind that pine needle supplements (including pine needle essential oil and tea) have not been approved by the FDA for medical use. Supplements generally lack solid clinical research. Regulations set manufacturing standards for them but don’t guarantee that they’re safe or effective. Speak with your doctor before supplementing.

Pine needles are composed of a variety of essential oils, acids, procyanidins, and flavonoid glycosides [3].

Compounds extracted from pine needles are being researched for their potential antioxidant, anti-inflammatory, and antimicrobial properties [8].

Generally speaking, antioxidants combat oxidative stress, which can cause cell damage and may contribute to inflammation and disease.

Phenolic compounds and other antioxidants from pine needles are being researched for boosting memory and protecting the brain, but these effects remain unverified [10, 11].

Scientists suspect that pine needle essential oil has microbe-fighting action, though this hasn’t been verified in clinical trials. The compounds (monoterpenoids and monoterpenes) in the oil are hypothesized to reduce energy generation in the bacteria and fungi [12, 13, 14].

Active compounds of pine needles can be extracted with [20, 21]:

Many sources make claims about pine needle tea that have not been studied extensively in humans. For instance, drinking pine needle tea supposedly has a wide variety of health effects, including:

However, none of these claims have been adequately tested in humans.

Animal and cell culture experiments suggest that pine needle extract may have memory-boosting, anti-inflammatory, and antioxidative effects. These findings cannot be applied to humans. Plus, no studies were done with pine needle tea specifically [22, 23, 24, 25, 26].

Clinical trials are needed to confirm the health benefits and safety of pine needles [27].

There is insufficient evidence to support the use of pine needles for any of the below-listed uses.

Remember to speak with a doctor before taking pine needle essential oil, other pine needle formulations, or drinking large amounts of pine needle tea. Pine needles should never be used as a replacement for approved medical therapies.

Researchers also examined the effects of pine needle (P. koraiensis) water extract on cells and in mice. In the mouse model, the pine needle extract protected against oxidative stress in the kidneys and liver (as measured by fat breakdown and activities of 2 proteins: catalase and glutathione reductase) [25, 28].

In a different study, different pine needle extracts were tested for antioxidant activity. The hot water extract had the highest antioxidant levels. High levels of phenols (proanthocyanidins and catechins) were supposed to be responsible for the antioxidant action [21].

Clinical evidence is lacking to support the use of pine needles for any of the conditions listed in this section.

The effectiveness and safety of pine needles on memory, mood, inflammation, infection, blood pressure, and cancer in humans are unknown. Therefore, the studies listed below should not be interpreted as supportive of any health benefit.

A specific pine needle (P. densiflora) extract also reversed stress-induced memory impairment in mice, supposedly by affecting a part of the brain important for memory (by reducing damage in the hippocampus) [32].

One study suggested that ethanolic pine needle (P. eldarica) extract reduced symptoms of depression in mice by increasing their physical activity in a stressful environment. The authors thought that pine needle extract deserved to be researched further in people with mood issues [33].

The compounds found in pine needle essential oil are active against microbes in test tubes, but we don’t know if they can fight infections in humans. The essential oil of black pine (P. nigra ssp. dalmatica, ssp. nigra, ssp. pallasiana, and var. banatica) was researched against gram-positive bacteria and fungi [34, 35].

The essential oil from other pine species has also been studied for antibacterial (P. densiflora) and antifungal (P. koraiensis) effects [36].

Pine needles have not been shown to treat or prevent cancer.

Pine needle (P. morrisonicola Hay.) contains compounds that were researched mostly in cancer cells. It was researched in leukemia and brain cancer cells. The essential oil (from P. densiflora Siebold & Zucc.) was investigated in breast and liver cancer cells [22, 38, 39, 9, 40, 41].

Scientists suspect that the compounds chrysin (in the extract) and α-pinene (in the essential oil) may have some value, but this is still highly uncertain [22, 38].

Remember that many substances have anti-cancer effects in cells, including downright toxic chemicals like bleach. This doesn’t mean that they have any medical value. On the contrary, most substances (natural or synthetic) that are researched in cancer cells fail to pass further animal studies or clinical trials due to a lack of safety or efficacy.

Side Effects of Pine Needles

Keep in mind that the safety profile of pine needle tea or pine needle essential oil is relatively unknown, given the lack of well-designed clinical studies.

The side effects described here are not exhaustive and you should consult your doctor about other potential side effects, based on your health condition and possible drug or supplement interactions.

Users should always take care of any type of essential oil, as an excessive amount or first-time use may irritate the skin and/or airways.

Also, many plants resemble pine trees, some of which are toxic to humans and animals. For example, Podocarpus macrophyllus, the Yew pine (not a true pine), is a class 2 level toxicity plant, and it can cause vomiting and diarrhea in humans [42, 43].

Ponderosa pine (P. ponderosa) trees are known to cause abortions in pregnant cows. Not much else is known about the effects of the various species of pine on human health [44].

Currently, there does not seem to be any information on drug interactions with pine needle compounds.

A natural source of pine needle is tea brewed from the needles of the genus Pinus, usually of the white pine, Pinus strobus.

Due to the lack of clinical studies, a proper pine needle dosage cannot be established.

Other users reported a pleasant and refreshing taste and smell to the tea.

Some users reported that they could not notice any noticeable benefits from using the essential oil.

The opinions expressed in this section are solely those of the users, who may or may not have medical or scientific training. Their reviews do not represent the opinions of SelfHacked. SelfHacked does not endorse any specific product, service, or treatment.