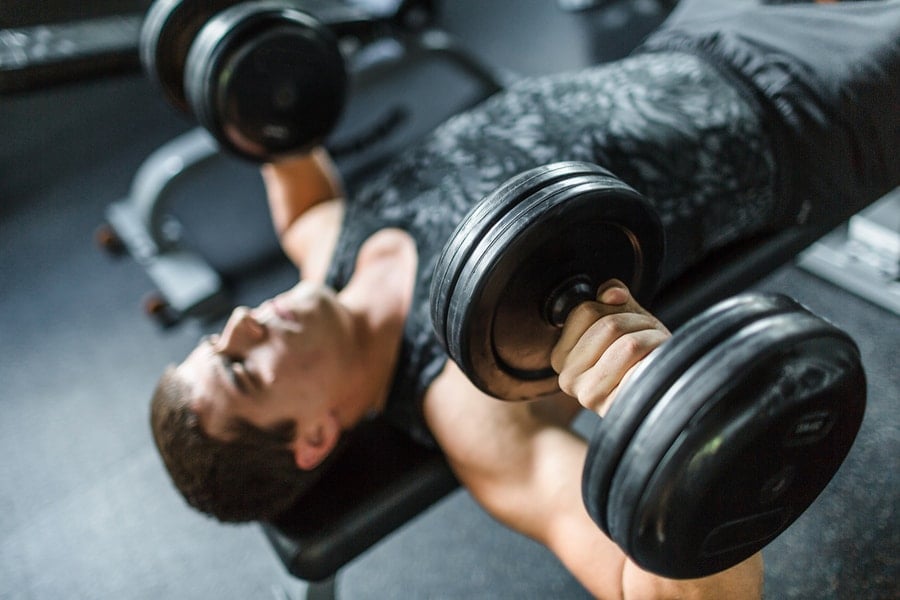 Andarine is a SARM developed to treat muscle wasting and osteoporosis. It has shown promise in animal studies, where it increased bone density and muscle mass. However, it was abandoned in early human clinical trials due to serious safety concerns. People who still use it illegally tend to be unaware of the dangers, which are downplayed in bodybuilding blogs. Read on to learn more about this drug and its side effects.

Disclaimer: We highly recommend against using this drug since its effects and safety are unknown. Therefore, we are presenting the available information from the clinical and scientific literature with the aim of helping readers understand the dangers involved.

Andarine, also known as S-4, S-40503, or 8, is a SARM developed with the aim of treating osteoporosis and muscle wasting.

In the early days, Andarine was described as the ideal SARM due to high oral bioavailability and great muscle- and bone-building effects (studied in animals) [1].

Phase I human trials with this drug have reportedly been successful but no studies have been published. However, further development of the drug was abandoned in favor of Ostarine, another SARM with a similar structure, also known as S-22 [2].

This was likely because of Andarine’s poor safety profile. It caused vision-related side effects, which further adds to the long list of reasons against ever taking this drug.

Andarine has a high affinity for the androgen receptor (AR) and therefore mimics the effects of testosterone. However, its effects are much stronger in muscles and bones than in reproductive organs. That is why Andarine and other SARMs are hypothesized to cause fewer side effects than anabolic steroids [3].

Bodybuilders tend to take this unapproved theory as “proof” that they won’t have to deal with severe testosterone suppression and increased estrogens if they take SARMs. However, this is far from true.

In reality, the “SARMs selectivity theory” might be completely false. It has never been proven, and SARMs like Andarine and Ostarine never passed proper clinical trials. SARMs may turn out to be much more dangerous than previously thought.

This section focuses on the clinical and scientific research that has been done on Andarine so far.

Anadarine has never been properly studied in humans.

Based on the existing data, its effects are unknown and its potential to cause harm is high.

This drug was developed to prevent muscle wasting, and animal studies do indeed show that Andarine improves muscle growth and strength in animals.

When given to castrated rats for 4 weeks, Andarine increased muscle weight as markedly as DHT (dihydrotestosterone). Moreover, unlike DHT, Andarine caused no prostate enlargement, which is a concern when taking steroids [4].

Andarine increased bone mineral density and strength in both in castrated male rats and in female rats whose ovaries had been removed (this is a commonly used animal model of osteoporosis) [4, 5, 6, 7].

Andarine may be especially beneficial in osteoporosis because, in addition to improving bone density, it also improves muscle strength, which may help reduce the risk of falls and fractures [7].

Side Effects of Andarine

Andarine is an unapproved drug with completely unknown effects on the body.

SARMs are hypothesized to have fewer side effects than anabolic steroids. This remains unproven.

People misperceive SARMS like Andarine as safer due to a basic misunderstanding of the available scientific data, which is hyped in various bodybuilding blogs.

However,  the “SARMS selectivity theory,” based on which people talk about reduced side effects, has never been proven. SARMs like Andarine never passed proper clinical trials. SARMs may even turn out to be more dangerous than many other substances (steroids and testosterone included).

LH (luteinizing hormone) and FSH (follicle stimulating hormone) promote the production of reproductive hormones in men and women, and their suppression could suppress normal estrogen/testosterone levels. Andarine suppressed LH and FSH in castrated rats where these hormones were elevated as a result of castration. However, it had no effect in normal male rats [8, 3].

All in all, it is unknown if and how much Andarine would suppress testosterone/estrogen production in humans.

The most frequent user-reported side effects are visual issues such as a yellow tint and difficulty adjusting to night vision. These disappear after the drug has been discontinued. Higher doses seem to cause stronger side effects. Some users also report depression.

The safety and effects of Andarine have not been explored in humans or the studies aren’t publically available. This drug was mainly tested in rats.

Although it is purchased online, its long-term benefits and risks in humans are unknown.

The use of Andarine in competitive and professional sports is, thus, illegal.

This drug is not approved by the FDA for any purpose.

There is no safe dose for this drug since it has not passed proper clinical trials or received approval from any regulatory body.

In rats and dogs, Andarine is bioavailable, with an average half-life of approximately 200 minutes [10, 11].

Here we summarized the available dosage data from online communities with the attempt to additionally warn people about the dangers of taking this unapproved drug.

According to users, a common dosing range is 50 to 75 mg per day (divided into 3 doses taken with meals). Some start with lower doses of 25 to 50 mg per day. Andarine is often cycled.

This drug is unapproved, so the quality and even the identity of the product is often highly questionable. In a study of 44 products marketed as SARMs (including Andarine), only 52% actually contained SARMs and many were inaccurately labeled [12].

We at SelfDecode advise speaking to a doctor before taking any drug, especially an unscheduled drug with limited long-term safety data in humans

Keeping your body healthy is extremely important, especially with the spread of COVID-19. Check out SelfDecode’s Fitness DNA Wellness Report for natural and targeted ways to be more fit. It gives you genetic-based diet, lifestyle and supplement tips that can help improve your health and fitness. The recommendations are personalized based on YOUR DNA.