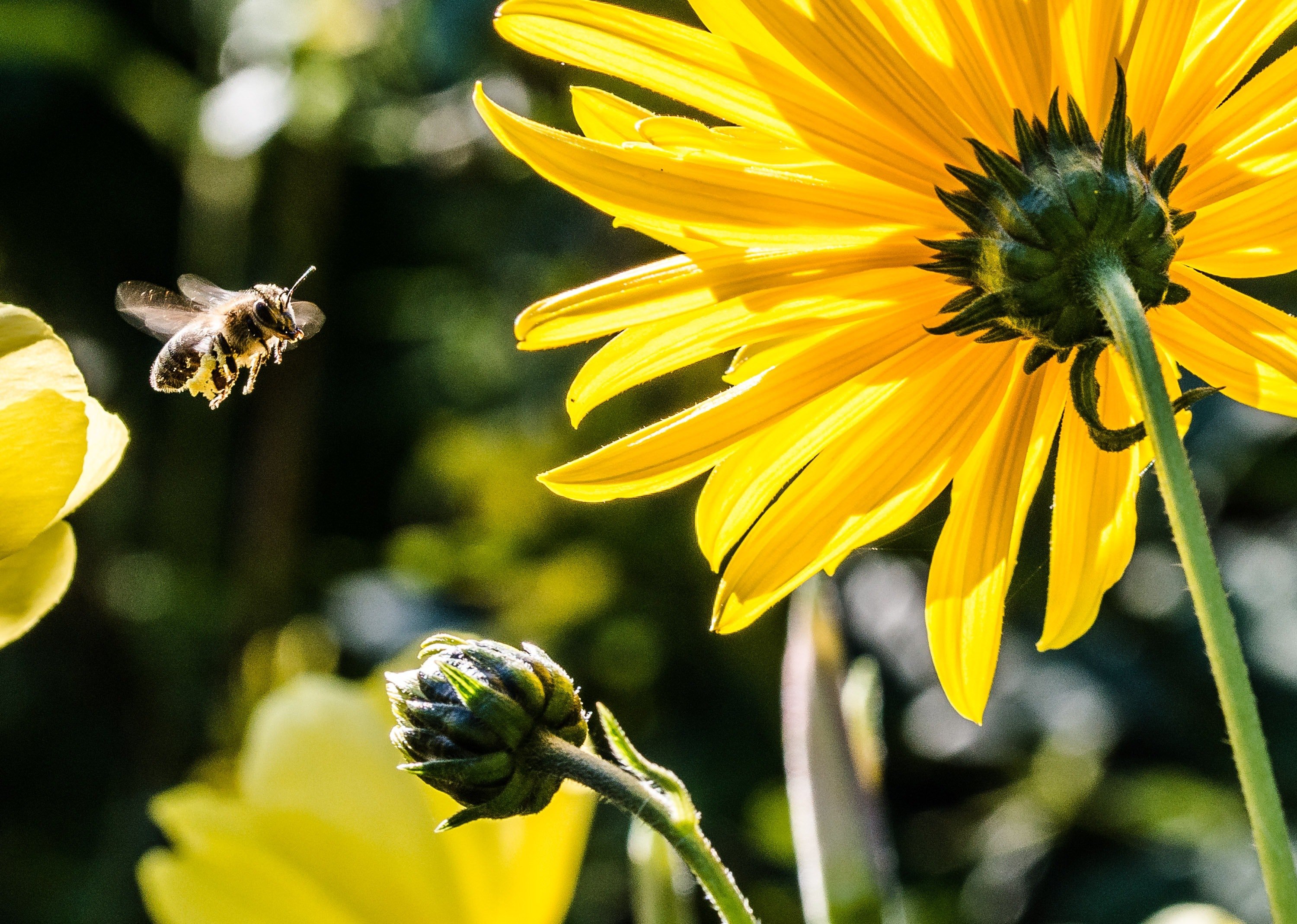 Bee sting therapy is a treatment traditionally used in Asian countries that is gaining popularity among alternative practitioners worldwide. Proponents claim that it helps with chronic pain, inflammatory conditions, Parkinson’s, and even cancer. But are its purported benefits backed by science? And what are its main risks? Read below to find out.

What Is Bee Sting Therapy?

Live bee sting therapy, also known as Bong-Chim or bee venom therapy, is a traditional therapy with bee venom originated in Greece and China and popularly used in several Asian countries, especially Korea, for a variety of conditions. More recently, this therapy has experienced a surge in popularity among alternative practitioners worldwide [1, 2].

Bee sting therapy consists of directly injecting the sting from a live bee placed on the skin and intentionally leaving the venom sac in the tissue for therapeutic purposes. Alternatively, the term ‘bee venom therapy’ is more commonly employed when the venom is injected with a syringe [1].

In both cases, the venom can be administered systemically or in the form of chemical stimulation of acupoints, so-called “bee venom acupuncture” or “apipuncture” [2].

Although the evidence to support these uses is generally insufficient due to the lack of well-controlled clinical trials, proponents claim it can be used for many conditions, including [3, 1, 2]:

Bee venom is also routinely used in venom immunotherapy, which consists of exposing allergic people to gradually higher doses of the venom with the intention of altering the immune response and reducing allergic symptoms in case of a bee sting [4].

Bee venom, also known as apitoxin, is a bitter, colorless liquid mainly composed of proteins that causes inflammation and is used by bees for defensive purposes [5].

The venom contains many active components, including [2]:

Of these, the peptide melittin makes up approximately 50% of bee venom. This substance is responsible for many of its potential therapeutic effects since it had antibacterial, antiviral, and anticancer activities in cell-based studies [2, 6, 7].

Although melittin causes itching, pain, and inflammation when delivered at high doses (such as when being stung by a bee), smaller amounts have anti-inflammatory properties. They block several pro-inflammatory pathways, resulting in a reduced production of cytokines (such as IL1-beta, IL-6, and TNF-alpha) and messengers (prostaglandins and nitric oxide) [8, 9].

Its other less abundant peptides (apamin and adolapin) act as defensive toxins but preliminary evidence suggests they may also have anti-inflammatory and pain-relieving activity through similar mechanisms [2].

The enzyme phospholipase A2 triggers inflammation by causing a massive release of arachidonic acid from cell membranes. However, it also has some potential immunoprotective effects. Preliminary evidence found it can reduce Th2 cytokines while increasing Tregs, thus preventing allergic symptoms [10, 11, 12].

Immunotherapy with bee venom is recommended as the first-line treatment to prevent severe allergic reactions in people allergic to the venom of bees and other insects of the same order (Hymenoptera). Two studies found it induces an immune shift from Th2– (which causes allergies) to Th1-dominant (triggered in response to infections) responses [4, 13, 14].

Multiple trials attest to its effectiveness. Unfortunately, the venom must be repeatedly administered at 3-month intervals to maintain its effects on the immune system [15, 16, 4, 17, 18].

Pretreatment with antihistamines such as terfenadine and fexofenadine enhanced the effectiveness of the therapy and reduced the incidence of adverse reactions in 2 clinical trials on over 100 people (one of them followed up for an average of 3 years) [19, 20, 21].

This therapy can be used in both adults and children. A clinical trial on 134 children and 207 adults found that it was relatively safe in both cases, with children experiencing fewer adverse reactions [22].

Bee sting therapy on acupoints has been traditionally used for arthritis in Asian folk medicine, especially in the case of rheumatoid arthritis [2].

Two trials found that it reduced joint swelling, tenderness, and stiffness, and improved health assessment. The inflammatory markers CRP and ESR were only reduced in one of them, possibly because the venom itself is also inflammatory [23, 24].

Two Chinese trials on over 200 people found that bee venom (either injected into acupoints or administered with bee sting therapy) showed similar effectiveness to drugs for rheumatoid arthritis, such as methotrexate and celecoxib, and worked in synergy with them to relieve the symptoms [25, 26].

Importantly, none of these studies has been translated from Korean or Chinese and we couldn’t access their specifics, making it difficult to analyze them critically.

A meta-analysis of 15 trials concluded that bee venom therapy might be effective to relieve rheumatoid arthritis and merited further research but pointed out that the evidence was still insufficient [27].

In another trial on 60 people with osteoarthritis, bee venom injected into acupoints was more effective than conventional acupuncture at relieving the pain. It’s important to note, however, that the trial compared bee venom with acupuncture (which is not approved for osteoarthritis) instead of conventional treatments such as Tylenol, NSAIDs, and duloxetine [28].

All in all, the results are promising but insufficient to support the use of bee venom therapy in people with rheumatoid arthritis or osteoarthritis. Larger, more robust clinical trials are needed to confirm these preliminary results

Similarly, injection of bee venom into the lesions improved psoriasis and reduced the levels of an inflammatory marker (TNF-alpha) in a clinical trial on 50 people [33].

Nevertheless, four small clinical trials testing bee venom for different skin conditions are insufficient to support its use. More clinical trials on larger populations for each condition are required.

In 3 clinical trials on 117 people with Parkinson’s disease, both conventional and bee venom acupuncture worked as an add-on to prescribed medication to improve Parkinson’s symptoms, quality of life, number of steps required to walk 20-30 m, and depressive mood [34, 35, 36].

However, a similar trial on 40 people found bee venom acupuncture ineffective. The authors suggested that the dose and administration frequency might have been insufficient [37].

In mice, bee venom protected the brain from neurodegeneration by increasing the production of Tregs (CD4+CD25+Foxp3+). Its peptide apamin was identified as being partly responsible for these effects in another mouse study [38, 39].

In any case, 4 clinical trials with mixed results and some animal research cannot be considered sufficient evidence to back up this potential use of bee venom therapy. Further clinical research is needed to shed some light on its effects.

In a clinical trial on 54 people with chronic back pain, bee venom acupuncture for 3 weeks reduced disturbances and pain intensity while improving functional status when injected into acupoints but not into random points [40].

Another trial on 60 people with chronic neck pain aimed to compare bee venom acupuncture with conventional NSAIDs. Although the study was completed in 2015, its results remain unpublished [42, 43].

Again, 3 clinical trials (one of them with unpublished, possibly negative results) are insufficient to attest to the effectiveness of bee venom in relieving chronic pain. More clinical research is needed to validate their results.

Adhesive capsulitis, popularly known as frozen shoulder, is a condition in which the soft tissue that surrounds one of the joints of the shoulder (called the capsule) becomes inflamed and stiff, resulting in pain and reduced mobility.

In a clinical trial on 68 people with this condition followed up for 1 year, bee venom acupuncture combined with physiotherapy improved shoulder pain and mobility better than either therapy alone [44, 45].

No clinical evidence supports the use of bee venom for any of the conditions listed in this section. Below is a summary of the existing animal and cell-based research, which should guide further investigational efforts. However, the studies should not be interpreted as supportive of any health benefit.

In a study in mice with kidney inflammation associated with lupus, bee venom caused an immune switch that increased Tregs (CD4+CD25+) and reduced inflammation and kidney damage [46].

In mice with ALS, bee venom injected into acupoints improved mobility by reducing brain inflammation and oxidative damage. Its peptide melittin reduced lung and spleen inflammation in another mouse study [47, 48].

In asthmatic mice, both bee venom and its phospholipase A2 reduced airway inflammation by increasing Tregs and reducing the production of Th1, Th2, and Th17 cytokines [49, 12].

Both bee venom and its peptide melittin killed the bacterium that causes Lyme disease (Borrelia burgdorferi) in test tubes [50].

Note, however, that these are very preliminary results that haven’t been replicated in humans and even in animals. Further research is needed to determine if bee venom may be of any help in fighting off the infection caused by this microbe.

Below, we will discuss some preliminary research on bee venom’s potential anticancer effects. It’s still in the animal and cell stage and further clinical studies have yet to determine if it may be useful in cancer therapies.

Do not under any circumstances attempt to replace conventional cancer therapies with bee venom or any other unproven therapies. If you want to use it as a supportive measure, talk to your doctor to avoid any unexpected interactions.

In a study in mice with liver cancer, melittin reduced tumor cell motility and migration, thus preventing cancer from spreading [51].

Bee venom killed and prevented the growth of several cancer cells, including leukemia, kidney, lung, liver, prostate, bladder, and breast cancer cells in test tubes. The activation of phospholipase A2 by melittin has been proposed as the main mechanism behind its toxicity to cancer cells [52].

However, the results in humans tell us otherwise. In a trial on 50 people with multiple sclerosis, bee sting therapy was well-tolerated but didn’t improve lesions, relapse rate, fatigue, disability, or quality of life [55].

A meta-analysis of 145 studies found that almost 30% of people experience mild or severe adverse effects from bee venom therapy [56].

The most common complications derived from bee venom therapy are local or systemic allergic reactions. In some cases, it can cause life-threatening reactions (anaphylaxis) [57, 56].

Other adverse effects commonly reported include [56]:

Importantly, the symptoms can last longer when using live bees for the therapy because bees leave their poison sac and neural plexus at the site of the sting, which can serve as antigens to trigger inflammatory reactions [56].

A 50-year-old man who received bee sting acupuncture for years for his back pain developed chronic inflammation of the hair follicles [58].

In another case study, a 68-year-old woman developed Guillain-Barré syndrome, an autoimmune disease that damages the nerves and causes a rapid-onset muscle weakness that may lead to paralysis [59].