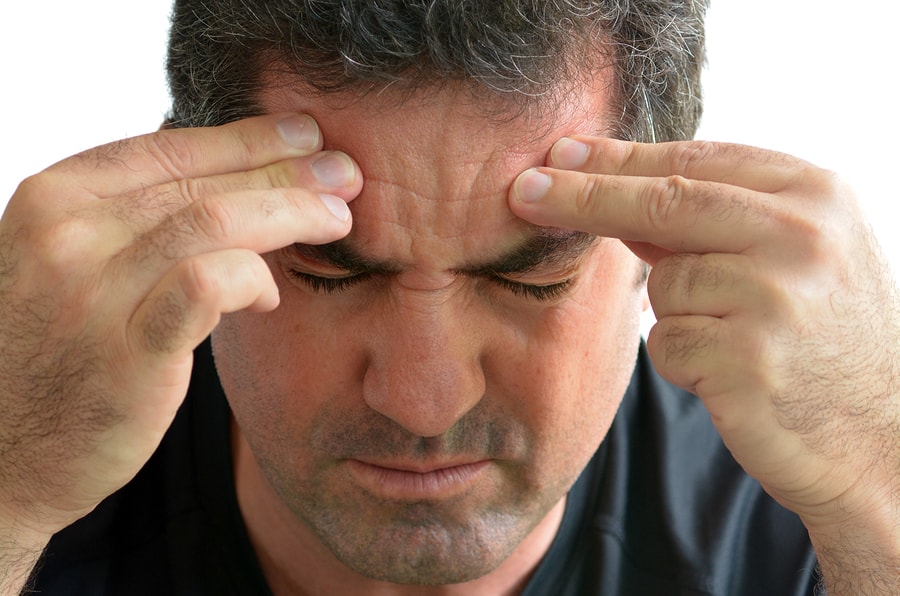 Prostaglandins are powerful hormone-like substances that have diverse functions in the human body, most notably controlling the immune response and inflammation. Both high and low levels play roles in different chronic disorders, so it’s essential to keep them in check. Read on to learn what prostaglandins are, how they work, and how they affect your health.

Prostaglandins are hormone-like substances with diverse roles in the body, principally the acute immune reaction and inflammation [1].

Unlike typical hormones, prostaglandins are not made by glands and then released into the bloodstream. They are made in multiple different tissues and exert their effects locally. They have potent effects, but are short-lived and quickly cleared from the body [1].

Prostaglandins were first isolated from semen by Swedish pharmacologist Ulf Svante von Euler in 1935. The name prostaglandins is derived from the fact that they were originally thought to be produced by the prostate gland (they are actually produced in the seminal vesicles, among many other types of tissues).

Prostaglandins only affect the cells they are made by and the cells in the surrounding area. They have diverse effects on the body, including:

While the body produces many types of prostaglandins, there are four primary types:

Prostaglandins are made from a fatty acid called arachidonic acid. When this fatty acid is released from cells, it is converted into prostaglandin H2 (PGH2, the precursor to all four of the primary prostaglandins) by either one of two enzymes [1, 11]:

Prostaglandins help increase the concentration of cAMP, calcium ions, and activate G proteins inside the cells, all of which are involved in the transfer of energy and inflammatory signaling processes. These pathways are vital to initiate a defense response against foreign invaders that enter the body [1].

1) Protect the Gut and Help Against Ulcers

High levels of PGE2 and PGI2 are found in the gut, which protects the stomach and small intestine from damage [12, 13].

Patients with ulcers have lower levels of PGE2 in their gut than healthy patients [14].

Non-steroidal anti-inflammatory drugs (NSAIDs), such as aspirin, reduce the production of prostaglandins and cause damage to the small intestine that can lead to ulcers [14].

In one study of 34 healthy volunteers, prostaglandin prevented NSAID-induced gut damage (measured as the number of small-intestinal lesions) in [15].

In a study of 11 patients with unmanageable ulcers, PGE2 administration completely healed the ulcers in seven patients within four to 14 weeks [16].

The NSAID indomethacin reduced ulcer healing in rats and mice with ulcers. Administering the synthetic prostaglandin 11-deoxy-PGE1 improved healing in these animals [17].

Studies indicate that estrogen, which is known to protect the heart, works by increasing COX-2 and prostaglandins, specifically PGI2 [18, 19].

Estrogen significantly decreased infarct size in rabbits, but this positive effect was blocked with either a COX-2 or a PGI2 receptor inhibitor [18].

In mice, PGD2 protected against heart injury by activating Nrf2, an important master-regulator of antioxidant enzymes [21].

PGE2 vaginal gel and other delivery forms have been used to induce labor in pregnancy [23, 24].

Prostaglandins given locally can also help with stillbirths and hemorrhages during pregnancy. C-sections for delivering stillborns or surgery to deal with postpartum hemorrhage may be avoided with the use of prostaglandins [22].

In a study involving 50 patients who had either a faulty abortion or had been diagnosed with fetal death, 47 of them were able to successfully expel the products of conception with PGE2 [25].

In a study of 8 subjects with asthma, inhaling PGE2 decreased the response to allergens [26].

PGE2 also protected against allergic lung inflammation in mice. In another study, mice without PGD2 had more severe food allergies [8, 27].

When exposed to low levels of PGE2 and PGF2α, the motility and function of human sperm cells were improved [28].

Prostaglandin levels are a marker of inflammation and overall health. Low or high levels don’t necessarily indicate a problem if there are no symptoms or if your doctor tells you not to worry about it.

Additionally, there isn’t a definite conclusion about the exact role of prostaglandins in some of the conditions mentioned below. They might play a role in the development but also might increase in response to certain conditions as a protective mechanism.

Prostaglandins can both promote or suppress allergic inflammation, depending on many different factors.

For example, depending on the context, PGD2 can either increase or decrease inflammation in allergies [6].

In a study of 199 subjects, higher levels of PGD2 have been detected in those with severe asthma [30].

Similarly, levels of the PGD2 were higher in the urine in both humans and mice with food allergies [31].

Mice deficient for the PGI2 receptor have either a stronger or a weaker allergic response, depending on the experimental setting [32, 33].

Administration of a synthetic prostaglandin increased Th17 cells in mice with allergic inflammation. Th17 cells are proinflammatory T- cells that are major contributors to allergic responses [34].

Prostaglandins can suppress the immune response. High levels of PGE2, in particular, have been linked to cancer in some studies.

Similarly, higher levels of a PGE metabolite (an indicator of PGE production) were found in head and neck cancer patients whose disease progressed or spread after treatment [36].

A high dose of prostaglandin PGE2 injected into rats decreased immune cell count and increased the spread of liver cancer [38].

In two studies, the infusion of PGE2 and PGI2 caused immediate migraine-like attacks in 12 patients with migraines without aura [40, 41].

In 64 children with migraines, urinary PGF2a levels were significantly higher during a headache than during non-headache periods [43].

High levels of prostaglandins can cause intense period pain for menstruating women and also play a primary role in the mechanism of menstrual disorders, including abnormally heavy blood flow [44, 45, 46].

In a dose-escalating study with 24 women, higher doses of a PGF2a receptor blocker decreased menstrual pain [47].

7) Deformity of Nails and Fingers

Preliminary evidence suggests that PGE2 is involved in the deformity of the nails and fingers, referred to as nail clubbing or digital clubbing [50].

In a study of 29 lung cancer patients, higher PGE2 levels were seen in patients who developed nail clubbing compared to those who did not [51].

In a study of 30 depressed patients, all but one of them had increased PGE2 levels [52].

PGE2 levels were five times higher in the brains of seven Alzheimer’s patients compared to seven healthy individuals of the same age [53].

Another study found that PGE2 levels were higher in 33 patients with mild memory loss and Alzheimer’s disease compared to 35 healthy individuals [54].

Microglia are the main immune cells of the brain and their ability to clear amyloid-beta plaques becomes impaired in Alzheimer’s disease. In a mouse model of Alzheimer’s, mice whose microglia were missing PGE2 receptors had improved clearance of plaques, reduced brain inflammation, and fewer deficits in memory [55].

The following is a list of factors that may balance high IgE levels. Though studies suggest various dietary and lifestyle factors may lower IgE levels, additional large-scale studies are needed. Remember to talk to your doctor before making any major changes to your day-to-day routine.

Nonsteroidal anti-inflammatory drugs (NSAIDs), are a popular choice for reducing prostaglandin production. Examples of popular NSAIDs include ibuprofen and aspirin. However, side effects can involve damage to the gut, high blood pressure, and excessive platelet production (this can increase blood clotting), which are all regulated by prostaglandins [58].

Selective COX-2 inhibitors (coxibs) are a new class of NSAIDs that only inhibit COX-2, unlike traditional NSAIDs that inhibit both COX-1 and COX-2 enzymes.

Since COX-1 produces prostaglandins that protect the gut, coxibs lower the risk of ulcers. Examples include etoricoxib and celecoxib. However, they are associated with an increased risk of heart damage, and some of them have been withdrawn from the market due to severe adverse effects [59].

Corticosteroids are steroids used to reduce inflammatory symptoms in a variety of conditions including asthma and arthritis. They have a wide range of anti-inflammatory effects, including the blockade of prostaglandin-related pathways [60].

Mepacrine is a drug used to treat rheumatoid arthritis, giardiasis (infection with the protozoan giardia), and malaria.

Mepacrine prevents arachidonic acid from being released from the cells and converted to prostaglandins [61].

Another study found that 500 ml of black tea for one month decreased PGF2α levels in healthy volunteers [63].

Ginger is well-known for its anti-inflammatory effects that involve the suppression of prostaglandins [64].

In a cell study, certain compounds found in ginger, including [6]-gingerol, blocked the production of prostaglandins [65].

Chamomile is another age-old complementary approach to reducing inflammation. Multiple experiments in test tubes have confirmed its ability to reduce prostaglandin levels [66].

Chamomile extract blocked the production of prostaglandin E2 in immune cells in response to bacterial toxins. Chamomile selectively blocks the COX-2 enzyme, which reduces the risk of ulcers [67].

Nettle can combat different types of allergic reactions; according to preliminary research, its ability to suppress prostaglandins is likely responsible for this effect [68].

Curcumin is among the best-researched natural anti-inflammatory compounds. Its mechanism of action includes the blockade of COX and other enzymes that produce prostaglandins [70].

White willow bark is a natural source of salicylic acid, which is used to produce aspirin. It inhibits COX-1 and COX-2, and prevents the production and activation of prostaglandins [73, 74].

The fish oil omega 3s EPA and DHA have anti-inflammatory effects verified in multiple clinical trials. In one experiment, they decreased COX-2 levels, which decreased the production of the pro-inflammatory PGE2 in human melanoma (skin cancer) cells [75, 76].

Prostaglandin levels are a marker of inflammation and overall health. Low or high levels don’t necessarily indicate a problem if there are no symptoms or if your doctor tells you not to worry about it.

Diabetic retinopathy is a condition in which high blood sugar levels damage the blood vessels in the retina.

Diabetic neuropathy is a group of nerve disorders caused by diabetes.

The following is a list of factors that may balance low IgE levels. Though studies suggest various dietary and lifestyle factors may increase IgE levels, additional large-scale studies are needed. Remember to talk to your doctor before making any major changes to your day-to-day routine.

The probiotic L. reuteri stimulated the production of PGE2 by the gingival (gum) cells. This may hasten the resolution of gum inflammation [81].

Estrogen increased PGI2 in rabbits, which protected their hearts against damage after a heart attack [18].

What Are Fatty Acids?