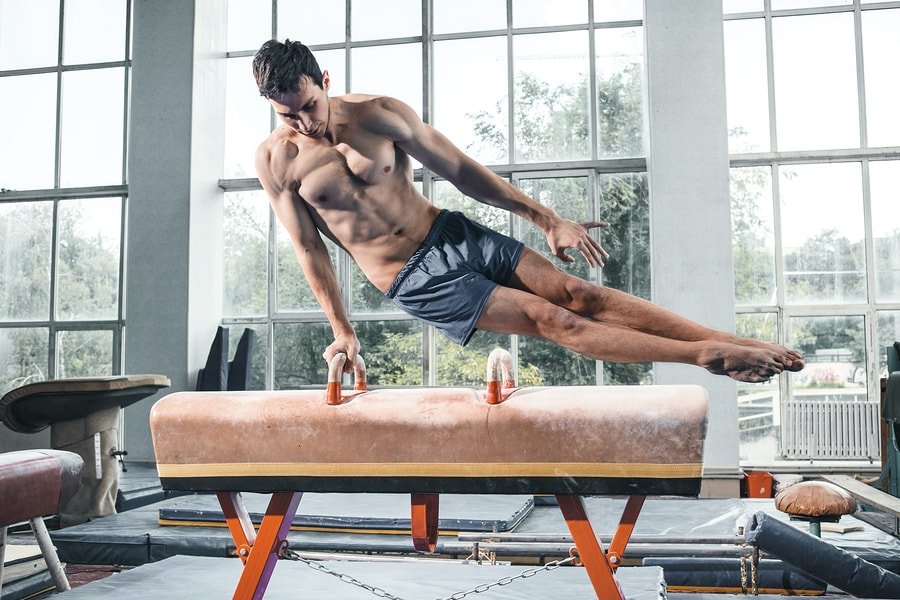 Creatine kinase is an important enzyme needed for energy production and muscle function. Athletes have more of this enzyme in their blood, but so do obese and overweight people. High levels can tell us if there is muscle, heart, or brain damage. Keep reading to learn more about this enzyme, what it means if your levels are high or low, and how to address irregular values.

What is Creatine Kinase?

Creatine kinase (CK), also known as creatine phosphokinase, is an enzyme that plays a role in energy production. Higher amounts of this enzyme are found in tissues that use a lot of energy, such as the muscles (including the heart) and the brain [1].

Creatine kinase will leak into the blood when these tissues are damaged. That’s why blood levels of this enzyme can tell us whether there has been tissue damage, i.e. a heart attack, stroke, sports injury, or muscle disease [1, 2].

There is still no universally agreed upon range for creatine kinase. Different laboratories have different normal ranges, reported in U/L (units per liter) or ukat/L (microkatals per liter).

CK levels are around 70% higher in healthy African Americans, compared to people of European descent! Some studies indicate that healthy black men and women can have significantly higher values than the currently recognized normal range(s) – up to 712 and 323 IU/L, respectively [5, 6, 7].

Elevated CK points to recent tissue damage. However, it doesn’t point to a cause or the location of the damage.

It is possible to be healthy and have higher CK levels. As mentioned above, people of African descent can have up to 70% higher CK levels than healthy Caucasians [6, 5, 7].

Your doctor will interpret this test, taking into account your medical history and other test results, and will repeat it if necessary.

Furthermore, a “falsely high CK” due to exercise or other strenuous physical activity is very common. In a large community study of over 12,000 people in Norway, people who had elevated CK levels were re-tested after 3 days of rest. CK levels returned back to normal in 70% of the cases [8].

To ascertain that the rise in CK is due solely to exercise or exclude physical activity as a factor, the test should be repeated after a week of rest (i.e. 7 days without exercise).

Causes shown below are commonly associated with elevated creatine kinase. Work with your doctor or another health care professional to get an accurate diagnosis.

Exercise and training are the main cause of increased creatine kinase levels [10, 11, 12].

CK levels transiently increase to over 30 times the upper normal limit within 24 hours of strenuous physical activity and then slowly decline back to normal over the next 7 days. To what degree CK spikes depends on the type and duration of exercise [8, 13, 14, 15].

Studies have shown that even stretching can increase CK [16]!

Also, people who are untrained will experience greater spikes in CK levels due to greater muscle damage [8].

On the other hand, athletes have higher resting CK levels compared to non-athletes. A study of over 700 athletes suggests that normal reference ranges for athletes may be over two times higher than normal ranges: 82 – 1,083 U/L in men and 47 – 513 U/L in women [12].

Fun fact: The highest creatine kinase on record was over a million and was caused solely by a heavy workout [17]!

In a study of 1,444 subjects, higher CK levels were linked with higher BMI and waist-to-hip ratio [18].

In another study of over 10,000 adults, overweight and obese men had almost 2 times greater odds of having elevated CK [19].

Similarly, in 4,500 people, CK levels were higher in people with greater body mass [4].

Creatine kinase will increase with muscle, heart, or brain damage – these can be caused by an underlying disease or disorder, including:

Interventions that damage tissues, such as injections into the muscles or any type of surgery, will increase CK levels [8, 57, 58].

Some pharmaceutical drugs also have the potential to increase CK:

1) May Be Linked to Lower Inflammation

A study with over 12,000 people found that higher CK was linked to lower hs-CRP, which is a measure of chronic inflammation [79].

The same association was found in another study of 454 overweight and obese people [80].

High plasma CK, even in the normal range, may decrease the ability of our blood to clot properly. This is especially the case after exercise when CK levels spike [81].

If your CK gets high because your muscles get damaged after exercise, there are some steps you can take to improve muscle recovery.

Studies suggest that after strenuous exercise, an increase in creatine kinase (muscle damage) can be attenuated by consuming enough carbs, protein, and antioxidants [82].

Lose some weight if you are overweight. People with higher BMI and weight have increased creatine kinase levels [4, 18].

The most common cause of low creatine kinase levels is muscle wasting (muscle atrophy) due to physical inactivity, illnesses, or old age [85].

Total creatine kinase levels are reduced in the second trimester of pregnancy. However, they increase in late pregnancy [90].

1) Are Linked to Fainting

Studies suggest that the more creatine kinase a person has within the normal range, the better their heart and muscles can function. In a study of 442 people, people with low creatine kinase levels were 73% more likely to faint [91].

Because creatine kinase is a measure of muscle mass, it is not surprising that a link was found between low creatine kinase levels and higher mortality. Critically ill people who are weaker (with less muscle mass) have a higher risk of dying [92].

The most important thing is to work with your doctor to find out what’s causing your low creatine kinase and to treat any underlying condition!

Make sure your diet has enough protein to sustain your health and your level of physical activity.