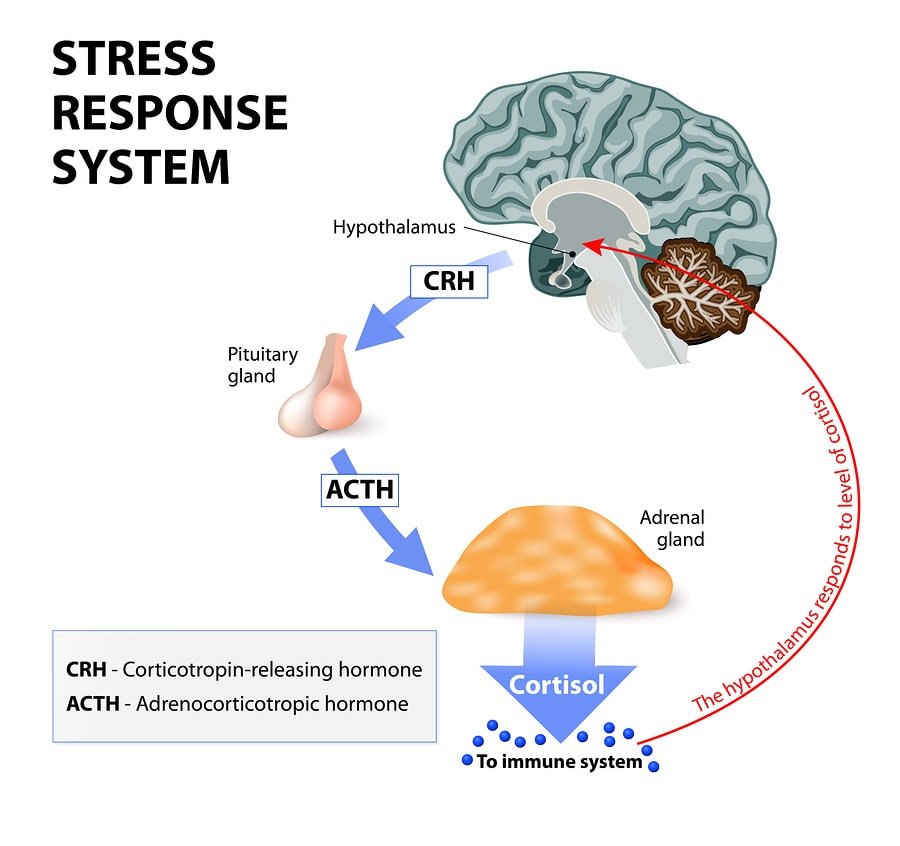 CYP21A2 is an important enzyme that controls steroid hormone levels. It produces the hormones cortisol and aldosterone, while it decreases testosterone levels. Mutations that decrease the activity of the enzyme are fairly common, and many people are carriers. They are associated with more masculine physical traits in women and lower fertility in both sexes. However, these people also have a lower risk of developing mood and stress-related disorders. Read on to find out more about this enzyme and its variants.

This enzyme is also known as 21-hydroxylase. It is one of the cytochrome P450 monooxygenase enzymes (CYPs) [1].

Many CYP enzymes eliminate toxins and drugs from the human body. However, some, like CYP21A2, are not involved in the detox process. Instead, they produce steroid hormones.

This enzyme is responsible for cortisol production [2].

Cortisol is produced in response to stress. It increases energy but suppresses the immune system.

This enzyme is found in the adrenal glands [2].

There are some people who don’t have this gene or those who have more than two gene copies [5].

Most of the mutations decrease the activity of this enzyme. Lower enzyme activity, in turn, decreases aldosterone and cortisol levels but increases testosterone [6].

In most of the cases, a complete lack of the enzyme causes congenital adrenal hyperplasia [5]. Common symptoms of this dissease are:

Mutations that cause a total lack of enzyme function are rare (1 in about 15,000).

Mutations that cause mild enzyme deficiency are much more common.

Why are CYP21A2 mutations so frequent?

Mutations in this gene may confer an advantage, as a result of the higher activity of the hypothalamic-pituitary-adrenal axis (HPA axis) [8]. This axis controls many processes, including the response to stress, mood and emotions.

Mutation carriers have a lower risk of developing mood and stress-related disorders. They are less often diagnosed with psychiatric disorders. Also, they are less vulnerable to mentally stressful situations (over 600 patients) [8].