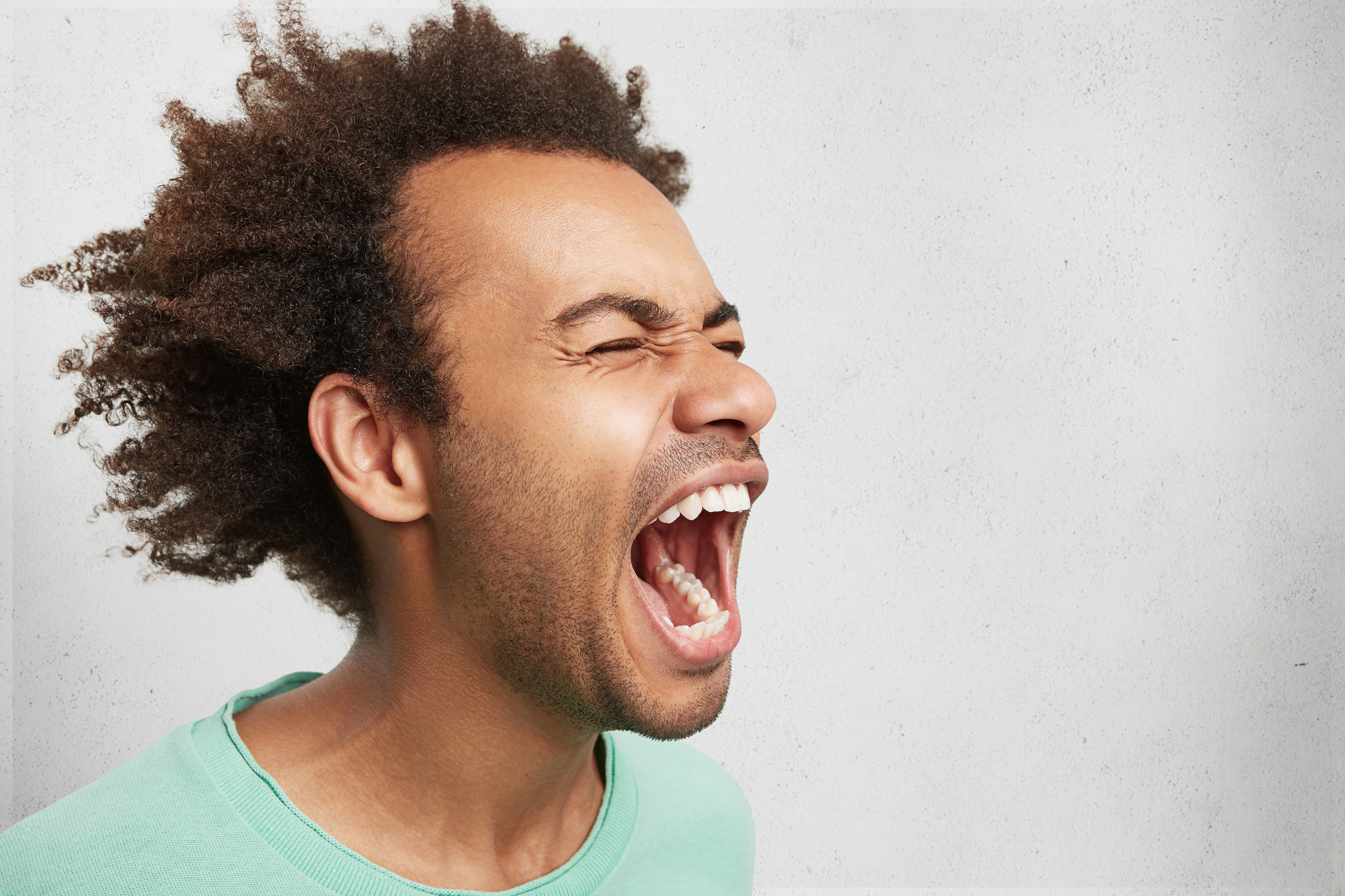 Are some people really “born to rage” and others destined to be the quiet and friendly “worrying” type? How significant is the science behind the “warrior” gene, which researchers know as MAOA, and can it impact our behavior? Read on as we dive deep into genetics research to separate facts from hype.

Is Rage in Our Genes?

For a while, it seemed like the “warrior gene” was a hot topic everywhere – from National Geographic broadcasts to Dr. Phil’s talk show to “The Blacklist” (season 2 episode 4) to ABC News.

The trigger was a couple of scientific studies that found an association between certain variations of the MAOA gene and aggression. News outlets saw a great story in these discoveries, jumping to say that some people may carry “dangerous DNA.”

But science is not that simple.

Humans have about 25,000 genes that code for proteins – according to recent scientific estimates. These protein-coding genes are considered to be relevant, since they likely have a biological effect. The number of genes we carry is still an open question [1].

Still, scientists know that a genetic variation in a single gene doesn’t usually equate to complex traits like aggression and impulsivity.

Complex traits like aggression always involve multiple possible factors – including brain chemistry, environment, health status, and genetics – that interact and vary from one person to another.

If that weren’t the case, we’d probably degrade back to dangerous and fanatic ideologies – ones that could label some people as “criminals” based on the genes they were born with.

Let’s not forget that these “dangerous” variations are present in about 40% of the population (roughly speaking). They’re not rare nor are they particularly unique.

Plus, certain genetic variations in MAOA were only associated with aggression or mental health problems. That does not imply having them will make you more likely to be aggressive or suffer from a mood disorder. Data are lacking to make such claims since a cause-and-effect relationship hasn’t been established.

Monoamine oxidase A (MAO-A) is an enzyme that breaks down neurotransmitters such as norepinephrine, serotonin, and dopamine. In line with this, scientists have proposed that [3].

Theoretically, MAO-A is not something we want to be too high or too low. Both situations have been associated with different negative effects [4].

This also means that men can only have one MAOA variant, while women have two [6].

There are a few main versions of the gene that produces MAO-A: 2R, 3R, 4R.

Limited studies have linked the 2R version with the lowest MAO-A production and more aggressive and impulsive reactions to stressful stimuli. 3R was associated with somewhat reduced MAO-A. That’s how these MAO versions became known as the “Warrior Gene” [6].

The 4R version was associated with the highest level of MAO-A [6].

The basic interpretation is that people with 2R or 3R version may produce less MAO-A and have more circulating adrenaline, dopamine, and serotonin. This is still uncertain [6, 7].

Limited studies found associations between low-activity MAOA variants and a range of aggressive and antisocial behaviors, including adolescent antisocial behavior, reduced social cooperation, physical aggression, criminal violence, and recidivism in male violent offenders. But many of these associations were not properly confirmed [5]

Later studies suggested that low-activity MAOA may predispose people to antisocial behavior in life only if they suffered traumatic events in early life [7].

Other studies found opposite effects in women – they associated high-activity MAOA versions with increased risk of antisocial behavior and aggression. Some scientists have hypothesized that testosterone can modify the impact of MAOA on behavior to explain these findings [5].

One theory proposes that low-activity MAOA variants may be “sensitivity variants” that make carriers more responsive to both negative (trauma) and positive (resilience) factors [5].

In line with this theory, recent findings suggest that certain protective psychosocial factors like resilience may be able to shape a person’s genetic predispositions. That means a low-MAOA carrier might benefit more from a protective, enriched environment – but they may also suffer more from trauma. This has yet to be verified, though [5].

There’s a lot of contradictory information about the effects of high MAO.

Limited studies suggest that people with major depressive disorder may have higher brain MAO-A. This is hypothesized to lower monoamine neurotransmitters that help balance mood, potentially contributing to depressive episodes. A link between high MAO-A and suicide and sleep disturbances has also been proposed [8]

One recent small study suggested that people with high-activity MAO gene variations are less reactive and aggressive when provoked. The study participants were paid to punish those they believed had taken money from them by making them drink extra-spicy hot sauce [7].

Although interesting, this study included only 8 people in total. Its sample was too small for us to draw any solid conclusions [7].

In another small study, high-activity MAO-A carriers (MAO-A R297R G or GG) weren’t as affected by the placebo effect, but this hasn’t yet been replicated. However, it is in line with the “sensitivity theory” [9].

Another open question is: Do people with high-MAO gene versions care more about others – or are they less sensitive and, thus, less likely to overreact? Only future research will tell.

The Warrior Gene was found to be more or less prevalent in different ethnic groups [6].

How to Check Your Genes

No SNP directly translates to the 2-4R versions mentioned above, but some SNPs somewhat correlate with these versions. This depends on groups of SNPs that are looked at and a person’s gender.

You can check some SNPs in your DNA test results by looking for:

Rs909525 (MAOA Gene), considered to be the best proxy for the number of repeats of the MAOA warrior gene [10].

On the other hand, only men with the T allele had higher rates of suicide compared to controls (70.5% vs 54%) in one study. This finding hasn’t been replicated [11].

In one study, the T allele was linked with generalized anxiety disorder [11].

One SNP variation in rs6609257 was associated with low visuospatial working memory and was considered to be predictive of maladaptive behavior like aggression [12].

Factors that May Affect MAO-A Levels

If your goal is to modify your MAO enzyme activity because you have a chronic or mental health problem, it’s important to talk to your doctor, especially your symptoms are significantly impacting your daily life.

Dosage may also matter and different doses will have different effects. Safe supplement doses should not be exceeded.

Finally, have in mind that none of these strategies should replace what your doctor recommends or prescribes.

Remember that the existing evidence did not verify that abnormal MAO-A causes any disorder.

The potential health effects of activating or blocking MAO-A in humans are still an area of research.

Remember changes in brain chemistry are not something that people can change on their own with the approaches listed below.

Please read through them having these important limitations in mind.

May Increase or Support MAO-A

The following hormones are highly experimental. Researchers are investigating them to better understand MAO-A-related biochemical pathways.

Do not take any hormones or drugs without seeing a doctor.

Hormones (including progesterone, estrogen, and testosterone) and drugs (like valproic acid) are available only with a doctor’s prescription. Taking hormones or other prescription medication without medical supervision can be extremely dangerous.

May Reduce or Block MAO-A

Scientists are investigating whether the following substances can inhibit MAO in animals and cells: