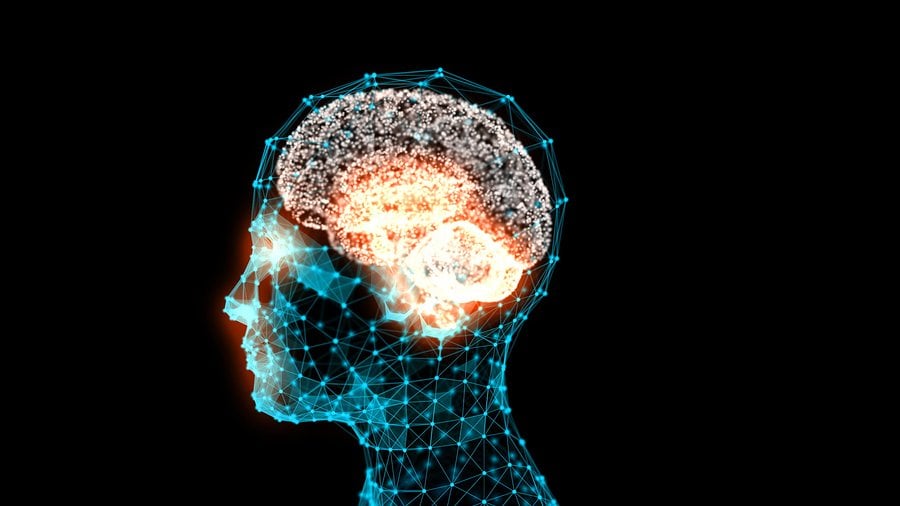 MSG, also known as “Chinese salt,” is a vilified form of glutamate. Does that mean all glutamate is bad? Not at all. Glutamate is an amino acid that plays important roles in the body. It is one of the most important neurotransmitters we have and it also affects the gut and immune system. Read this post to learn more and find out why glutamate may have negative health effects in excess.

Glutamate, also called glutamic acid, is one of the most abundant amino acids in the human body. The highest concentrations are present in the brain and muscles [1, 2].

It also plays an important role in cell energy production and protein synthesis [1, 3].

On the other hand, some researchers have hypothesized that excessive brain levels contribute to neurological and mental diseases [4].

Glutamate is interchangeable with glutamic acid, but it is chemically distinct from glutamine. The distinction is that, in one place, glutamate has a hydroxyl (-OH) group, whereas glutamine has an ammonia (-NH3) group. Read this post to learn more about glutamine.

Roles of Glutamate in the Body

Glutamate is an important neurotransmitter for normal brain function [5].

Nearly all excitatory neurons in the brain and spinal cord (central nervous system) are glutamatergic [6].

As the main excitatory neurotransmitter, it sends signals to the brain and throughout the body. It helps cognitive function, memory, learning, and other brain functions [6].

Glutamate is a non-essential amino acid that does not cross the blood-brain barrier and must be generated inside the brain cells locally from glutamine and other precursors [5].

The brain appears to need glutamate to form memories [9].

Limited research has linked low brain levels of glutamate with neurological and psychiatric disorders. For example, glutamate levels were lower in schizophrenic adults than healthy adults in one study [10, 11].

In mice, low glutamate release has been used to model autism spectrum disorders [13].

2) A Precursor for GABA

The enzyme Glutamic Acid Decarboxylase (GAD) converts glutamate to GABA. Autoimmunity against GAD (also associated with type 1 diabetes) may result in too little GABA and too much glutamate [16].

3) Plays a Role in Immunity

Glutamate receptors are present on immune cells (T cells, B cells, macrophages, and dendritic cells), which suggests that glutamate plays a role in both the innate and adaptive immune system [17].

Glutamate may play an important role in muscle function [21].

However, in animal models, glutamate may delay muscular dystrophy in animals deficient in vitamin D. Further research should explore the link between glutamate, muscle function, and muscle-wasting diseases [23].

Dietary glutamate is the main energy source for the gut cells and an important substrate for the synthesis of amino acids in the gut [24].

Food-derived glutamate triggers the digestive system and the entire body to respond to foods by [25]:

It is also required for the production of the antioxidant glutathione, which contributes to a healthy gut lining [26, 27].

Scientists are exploring whether glutamate protects the stomach lining from H. pylori and non-steroidal anti-inflammatory drugs [29, 30].

The presence of glutamate in foods might also signal to the body that we are getting high-protein foods, which should make us satiated. MSG may hijack this system. The presence of MSG in foods increases appetite as we eat and satiety after eating [31].

Are there Negative Effects of Excess Glutamate?

The below-outlined potentially negative health effects usually refer to excess glutamate in certain brain areas or to abnormal glutamate signaling in the brain. They do not refer to dietary glutamate, including MSG.

In fact, there is insufficient evidence to say that MSG causes any definitive problems or symptoms when used in standard amounts.

The Food and Drug Administration (FDA) has classified MSG as a food ingredient that’s “generally recognized as safe.”

According to some theories, excess glutamate in the brain may contribute to cognitive impairment [32, 33].

After a patient suffers from a stroke or traumatic brain injury, excess glutamate levels are released and contribute to brain damage [4].

Additionally, a “leaky” blood-brain barrier allows glutamate in the blood to enter the brain [7].

Limited research has linked excess levels of the glutamate receptor mGluR5 with epilepsy. In rats, Pu-erh tea decreases mGluR5 and reduces seizures, helping to protect the brains of experimental animals [34].

Increased glutamate concentration in the brain may contribute to lipopolysaccharide-induced seizure development in animals, according to one study [36].

Changes in glutamate energy production are associated with depression and suicide. One study suggested that major depressive disorder patients have higher brain glutamate levels. No studies have replicated their findings [37].

Glutamate levels have also been associated with multiple sclerosis, though proper studies are lacking [38, 39].

Disturbances in glutamate transmission in the brain have been linked with loss of memory and learning ability in Alzheimer’s disease patients [42, 43, 44].

Long-term high glutamate levels may contribute to type 1 and type 2 diabetes, according to limited scientific data [47, 48].

Scientists are investigating whether excess glutamate may accelerate the damage of pancreatic cells that secrete insulin [47, 48, 49].

Anecdotally, many migraine patients react to monosodium glutamate added to foods. Nonetheless, scientists have found no clear evidence of a link between MSG and migraines [50, 51].

Food critic Jeffrey Steingarten poses the question “Why doesn’t everyone in China have a headache?” in his essay investigating the MSG controversy [52].

On the other hand, researchers are exploring whether glutamate may be involved in transmitting pain signals to the brain and trigeminal nerves of migraine patients [53].

Additionally, some drugs that block glutamate receptors are showing some positive results in clinical trials for the treatment of migraines. More research is needed [50].

Glutamate is naturally made by the body (non-essential amino acid) and found in food sources and some supplements [1].

Glutamate supplements have not been approved by the FDA for medical use. Supplements generally lack solid clinical research. Regulations set manufacturing standards for them but don’t guarantee that they’re safe or effective. Speak with your doctor before supplementing.

Glutamate gives food “umami” taste, the fifth basic taste according to the Japanese, along with sweetness, saltiness, sourness, and bitterness [2].

MSG (monosodium glutamate), a common flavor and taste enhancer in food, is a significant source of glutamate [54].

MSG is “generally recognized as safe” by the FDA. But since its use is controversial, the FDA requires that MSG be listed on the label of any food it is added to.

Breast milk has the highest concentration of glutamate among all amino acids. Glutamate makes up more than 50 percent of amino acids in breast milk [55].

The Joint FAO and WHO Expert Committee on Food Additives (JECFA) concluded that glutamate as an additive in food is not a health hazard to humans [56].

However, some individuals may exhibit allergic reactions such as a burning sensation, headache, nausea, and chest pains when exposed to glutamate. People sensitive to glutamate should avoid the use of it [57].