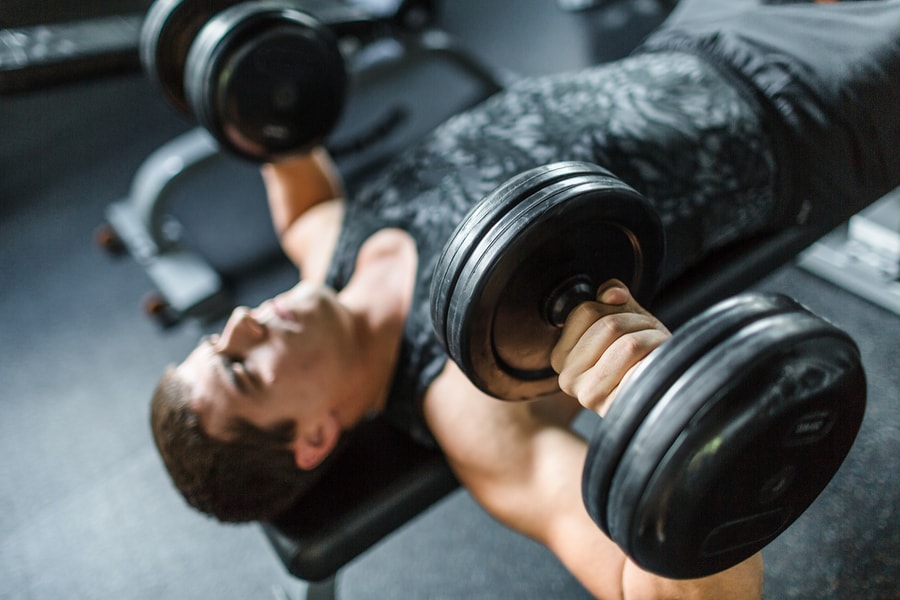 Higenamine is a stimulant found in traditional Chinese herbal medicines that have been used for centuries to treat conditions such as heart disease and asthma. Supplements containing higenamine have recently been marketed for use in pre-workout regimens and weight loss. Read on to learn more about the purported health benefits and risks of higenamine.

Higenamine, also known as norcoclaurine, is a naturally occurring compound found in many Asian plants, including the seeds of Nelumbo nucifera (lotus), the fruit of Nandina domestica (heavenly or sacred bamboo), and the root of Aconitum carmichaelii (Wolf’s bane) [1].

Higenamine is a stimulant, meaning it may increase heart rate, expand the airways in the lungs, and widen the blood vessels [2, 3, 4].

For this reason, higenamine has become a popular dietary supplement for weight loss and as a performance enhancer for athletes. However, there is concern regarding the safety of this supplement and its potentially harmful effects on the heart [5].

Higenamine is currently prohibited in sports by the World Anti-Doping Agency [6].

Research suggests that higenamine works by activating beta-adrenergic receptors, which are responsible for smooth muscle relaxation (β2) and heart contractions (β1). Other activators of the β2 adrenergic receptor include ephedrine and caffeine [4, 7].

Adrenergic receptors are involved in:

According to animal studies, higenamine (given orally) appears to be rapidly absorbed and reaches peak levels in the blood after 10 minutes. However, higenamine is poorly absorbed, with only 3 to 22% entering the bloodstream [9].

A phase I clinical study shows that higenamine lasts in blood circulation for about 8 minutes, and nearly all higenamine is eliminated from the body within 30 minutes [3].

The following purported benefits are only supported by limited, low-quality clinical studies. There is insufficient evidence to support the use of higenamine for any of the below-listed uses. Remember to speak with a doctor before taking higenamine supplements, and never use them in place of something a doctor recommends or prescribes.

Higenamine is often marketed for use to improve workout efficiency and athletic performance, but research into these effects is lacking. Animal studies suggest that higenamine may increase heart rate and expand the airways in the lungs, effects which may improve athletic performance. However, the research in humans is limited and conflicting [4, 7].

In a randomized crossover trial of 16 healthy young adults, a supplement containing higenamine, caffeine, and yohimbe bark extract increased heart rate. However, the increase was modest (~3 bpm) and it is unclear how much higenamine contributed to this effect [2].

In another study of 48 men, higenamine did not differ from placebo when it came to changes in breathing rate, heart rate, or blood pressure after 8 weeks of supplementation [10].

In the previously mentioned trial of 16 healthy young adults, a supplement containing higenamine, caffeine, and yohimbe bark extract increased the amount of free fatty acids (FFA) in the blood as well as kilocalorie expenditure [2].

According to the researchers, these results suggest a possible increase in the breakdown of fat (lipolysis) in the body, but it’s unclear how much higenamine contributes to this effect compared to the other ingredients in the supplement [2].

No clinical evidence supports the use of higenamine for any of the conditions listed in this section. Below is a summary of the existing animal and cell-based research, which should guide further investigational efforts. However, the studies listed below should not be interpreted as supportive of any health benefit.

A study in mice found that higenamine may protect against cell death and heart injury after a heart attack. According to the researchers, this protective effect may be due to the β2-AR/PI3K/AKT signaling pathway [11].

Based on a study of mice with brain damage, higenamine may help reduce the size of injury and increase the chances of survival [12].

In a study using guinea pigs, higenamine caused a relaxation of smooth muscles in the trachea [7].

According to a study of mice with artificially induced arthritis, higenamine may significantly reduce clinical arthritis scores and reduce inflammation [13].

Higenamine may decrease the ability of the blood to clot, according to research in rats and mice [8].

Research using tissues from rats suggests that higenamine may relax erectile tissue (corpus cavernosum), which may allow blood to flow into it more easily [14].

8) May Treat Symptoms of Septic Shock

Research in rats and mice suggest that injections of higenamine may increase survival in septic shock or endotoxin-induced disorders [16, 17].

A cell study suggests that higenamine may have glucose-lowering effects [18].

Higenamine is possibly unsafe due to its effects on the heart. There is some evidence that this supplement may cause modest increases in heart rate and blood pressure [2, 3].

Clinical studies in people have reported mild and temporary side effects such as dizziness, heart palpitations, chest congestion, and dry mouth [19, 10, 3].

A case study was reported where one individual experienced severe muscle pain and break down a day after consuming 1.5x the recommended dose of a higenamine-containing workout supplement. The symptoms persisted for nearly 4 months after consumption of the supplement [21].

Higenamine may also decrease the excretion rate of the cancer chemotherapy drug Epirubicin, which could result in a higher level of the drug accumulating in the blood [1, 22].

Higenamine is found in varying quantities in the following plant sources. It’s important to note that naturally-derived plant sources of higenamine, including aconite (Wolf’s bane) and fruit of the sacred bamboo, may contain substances that are toxic to animals and humans [1, 23]:

There is currently insufficient evidence to determine what a safe and effective dose of higenamine is.

Commercially available higenamine-containing supplements usually contain 20 to 40 mg, although some supplements contain as much as 75 mg per recommended serving or dose [24].

In throat lozenges, the amount of higenamine is 2.2 μg, which is about 10,000 times lower than quantities present in pre-workout supplements [25].