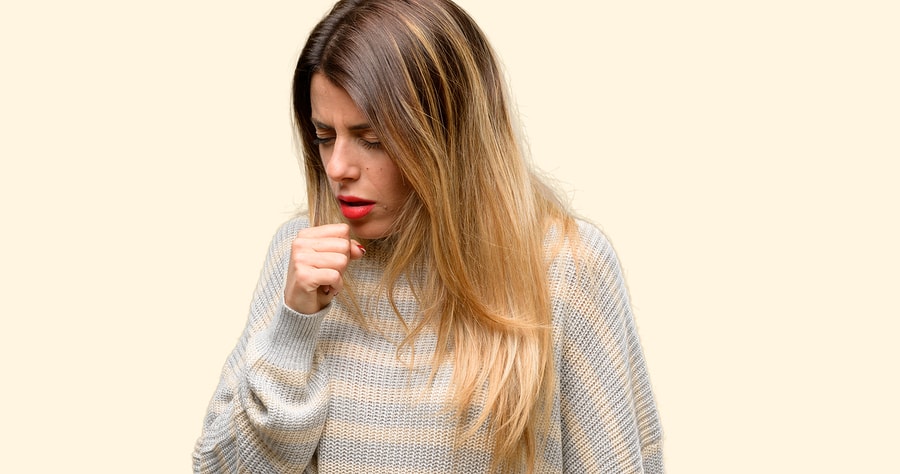 Immunoglobulin A is the first line of defense against harmful microbes, but it also maintains your immune tolerance. Low levels increase the risk of allergies and autoimmunity. Read on to find out what low IgA levels or selective IgA deficiency may imply.

Lower IgA may imply your immunity is weakened. Also, recent research findings now hint that it may indicate a disturbed intestinal barrier and/or gut microbiota imbalances [1, 2, 3].

In adults, IgA values below 60 mg/dL are considered low by most labs. Remember to discuss your lab results with your physician.

Chronic stress, poor sleep, and exhaustion decrease IgA in the saliva where the first defense function is needed. A blood IgA tes alone will not reveal this lowered immune response [4, 5, 6, 7].

Having low IgA increases the risk of allergies, infections, and autoimmune diseases [8, 9, 10, 11].

Low serum IgA can be found in individuals with:

Drugs that can reduce IgA levels include:

85 to 90% of people with IgA deficiency have no symptoms. Instead, they may only show symptoms from their underlying infections or immune disorders [25].

Also, higher blood IgA levels were associated with a lower frequency of eczema at 18 months of age [27].

Furthermore, higher levels of IgA in infants seemed to correlate with less developing allergies at the age of 4 [28].

High IgA levels in saliva were associated with less allergic symptoms in children [9].

In patients allergic to cow’s milk, those who naturally developed tolerance had increased blood IgA levels [14].

However, in severe asthma, IgA may aggravate the existing inflammation instead of promoting tolerance [30].

They also have a higher prevalence of atopic dermatitis, acne, and chronic spontaneous hives [32].

There is no specific treatment for this condition (such as immunoglobulin replacement used for other immune deficiencies). Antibiotics are prescribed in those with bacterial infections and are very important to prevent serious complications [33].

First-degree relatives of IgA-deficient patients also have an increased risk of autoimmunity (10% compared to an estimate of 5% in the general population) [25].

IgA protects the lungs and the gut against invading harmful microbes.

People with IgA deficiency are at a higher risk for infections, including infections of the respiratory system, gut, joints, and urinary tract [34].

Prolonged exercise decreases IgA. Suppressed IgA was associated with an increase in respiratory infections in ultramarathoners [10].

Since IgA helps ward off pathogens in the lungs and gut, people with low IgA levels are more likely to catch infections.

Medication-free patients with major depression had a significant reduction in blood IgA levels in the remitted state (when they were symptom-free) [35].

Even in healthy people, IgA was reduced when participants recalled events that made them depressed [36].

The research on IgA and autism is mixed. Autism is more prevalent among IgA deficient subjects and their relatives [37].

A study showed an association between autism with low normal IgA (<97 mg/dL) [38].

However, another study did not find lower IgA levels in autistic people [39].

Low IgA levels have been associated with depression and autism in small studies, but more research is needed.

The research on IgA and obesity is also mixed and inconclusive.

Obese individuals were shown to have higher IgA levels in the blood than people with normal weight [40].

In the same study, blood IgA levels were also higher in those with metabolic syndrome. This includes people with elevated triglycerides, high blood sugar, or high blood pressure [40].

Such conflicting research may be due to the fact that there is no one cause of obesity. Some underlying factors triggering obesity may increase IgA levels while others may decrease them. Additional studies should clarify this link.

There is no clear link between obesity and IgA levels.

Low IgA can be caused by selective IgA deficiency, when only IgA levels are low but other antibodies (IgG, IgM, IgD, and IgE) are normal [25].

Selective IgA deficiency can be inherited or occur spontaneously (due to infections, medication, or unknown causes) [44]. The genetic disorder that causes people to lack IgA is found in up to 1% of the population.

People are IgA deficient if they have blood IgA levels below 7 mg/dL with normal IgM and IgG levels [44].

Eighty-five to 90% of people with IgA deficiency have no symptoms. Those with symptoms usually have respiratory or gut infections [25, 33].

Selective IgA deficiency is when IgA levels are <7 mg/dL but IgM and IgG are normal. It can be caused by genetic disorders and non-genetic factors.

IgA-deficient people have a tendency to develop infections and disorders of the gut, such as malabsorption, lactose intolerance, celiac disease, and ulcerative colitis [25, 33].

Patients with selective IgA deficiency (undetectable IgA but normal IgG and IgM levels) have a 10 to 20 times higher risk of celiac disease [45].

People with IgA deficiency have a higher association of type 1 diabetes (up to 10 times), lupus, juvenile idiopathic arthritis, IBD (both Crohn’s and ulcerative colitis), rheumatoid arthritis, and thyroid disorders [11].

People with IgA deficiency are more likely to suffer from celiac disease. IgA deficiency has also been linked with other diseases like type 1 diabetes, lupus, and thyroid disorders.

In a pilot study with 12 IBS patients and 11 healthy controls, those with IBS had less IgA-producing cells [12]. Though it should be remembered that this study was very small and needs more follow up.

In ulcerative colitis in Crohn’s patients, IgA production in the gut was decreased [13, 47].

However, higher IgA production in the gut may cause IBD [49].

Bacteria coated with a high level of IgA may be responsible for gut inflammation in patients with IBD. IgA-coated bacteria increase gut inflammation when transplanted into mice with ulcerative colitis [50].

Some studies have associated IgA deficiency with IBD and IBS, though the research is still inconclusive.

Those with IgA deficiency have a moderately increased risk of cancer, especially gut cancer [51].

This study was done as a cohort and showed risk increases in first year of follow up suggesting surveillance bias. More studies are needed to conclude degree of cancer risk.

IgA is an important player in immune defense and tolerance. Low levels usually mean the immune system is weakened. Low IgA levels and IgA deficiency are not the same. Any IgA value below 60 mg/dL is considered low by most labs, but only values below 7 mg/dL imply deficiency. Symptoms depend on the underlying cause.