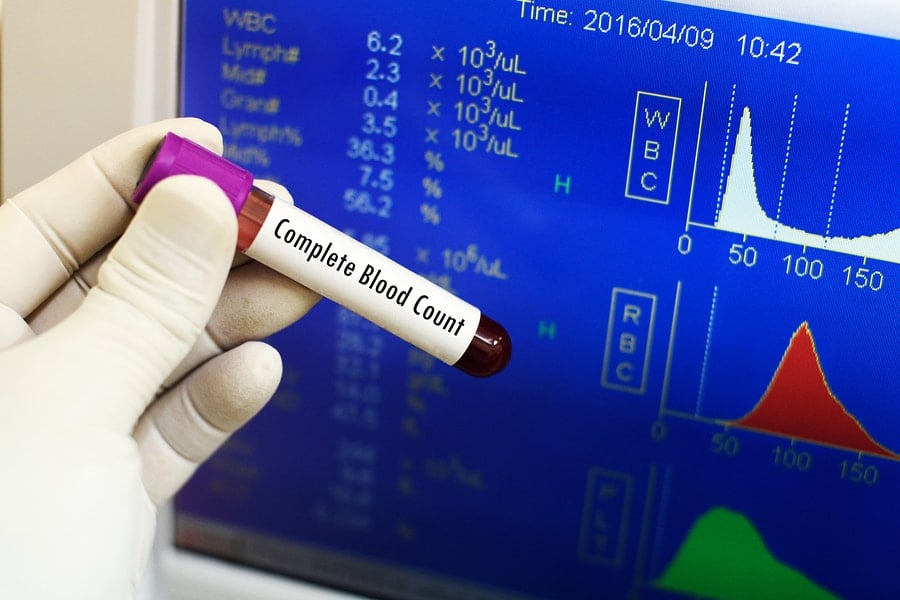 The complete blood count (CBC) is one of the most commonly ordered lab tests. CBC looks at your blood cells, including red blood cells, white blood cells, and platelets. Doctors use it to screen for a wide range of conditions, including anemia, infection, inflammation, and bleeding disorders. Read on to learn more about this test and what it can reveal about your health.

What is a Complete Blood Count (CBC) Test?

A complete blood count (CBC) is a panel of blood tests that evaluates blood cells. It gives you information about the following types of cells found in the blood:

Why is This Test Done?

The CBC is a common test and is normally performed during a routine health exam [2].

Alternatively, when a patient has unexplained symptoms, doctors can order a CBC test to diagnose the condition. CBC tests can help detect a wide range of health issues, including anemia, infections, clotting problems, immune system disorders, and blood cancers [1].

They are also used to monitor existing conditions or the effectiveness of a certain treatment [3, 4].

CBC is not a definitive diagnostic test. This means that a result out of the normal range may or may not require follow-up. Your doctor will interpret your results in conjunction with your symptoms, your medical history, and other test results, and will order additional tests if necessary.

What is Tested in the CBC?

This test measures the total number of white blood cells (WBCs, or leukocytes) in the blood. White blood cells help fight bacteria, viruses, and other foreign invaders, thus protecting us against infections and diseases.

Having low WBC levels can mean that your body doesn’t have adequate resources to fight against infections properly. 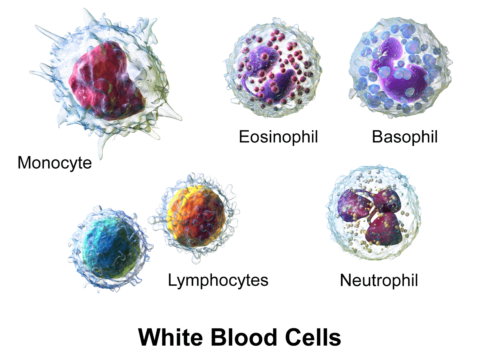 Having a normal percentage of each different type of WBC is also important for your health. If your white blood cells are increased or decreased, it is important to check which particular cells are the cause [5].

This test identifies and counts the number of 5 major types of WBCs:

This test measures the number of red blood cells (RBCs) in your blood. The main function of these cells is supplying oxygen to tissues.

A low red blood cell count means that you may have anemia, and the ability to transport oxygen to your body’s tissues may be impaired. Low RBC can be due to bleeding, injuries, malnutrition and particular nutrient deficiencies, liver, kidney, or bone marrow disorders [6].

A high RBC may mean that your body is trying to compensate for the lack of oxygen, which can be due to various causes. Some include high altitude, smoking, lung and heart disease. Kidney or bone marrow disorders can also increase RBC.

These tests provide information about the physical properties of red blood cells:

This test measures the amount of hemoglobin in your blood. Hemoglobin is a protein in red blood cells that transports oxygen from the lungs to the rest of the body. After the oxygen is used, hemoglobin carries carbon dioxide from tissues back into the lungs, where it is exhaled [7].

This test measures what percentage of your total blood is made of red blood cells (by volume). Because red blood cells carry oxygen from the lungs to the rest of the body, hematocrit is an indicator of how well the body is able to deliver oxygen to tissues [13].

Hematocrit can be high if you are dehydrated, overweight, smoking, or drinking alcohol. It is also elevated in a wide range of other medical conditions. High levels of hematocrit increase the risk of blood clots, stroke, and heart disease [14, 15, 16].

Low hematocrit can be due to anemia, thalassemia, or other diseases and disorders.

This test measures the number of platelets in the blood. A platelet, also called thrombocyte, is a type of cell that helps the blood to clot. Clotting helps slow down or stop bleeding and heal wounds.

Not enough platelets can cause problems with blood clotting, which can cause excessive bleeding and prevent wounds from healing properly. Platelets may be low either because not enough are being made or too many are being destroyed. This can be due to medications, or underlying diseases, such as lupus or leukemia [19].

Platelet levels are elevated in infections and inflammatory disorders.

This test measures the average size of the platelets found in your blood [20].

Platelet size is larger when the body is producing an increased amount of platelets, so an MPV test can be used to assess problems with platelet production in the bone marrow or platelet destruction [21].

Causes given above are just examples. Read individual posts to find out more about each marker. Work with your doctor to get an accurate diagnosis.

Remember, CBC is not diagnostic in its own right. Your doctor will interpret your results in conjunction with your symptoms, your medical history, and other test results, and will order additional tests if necessary.