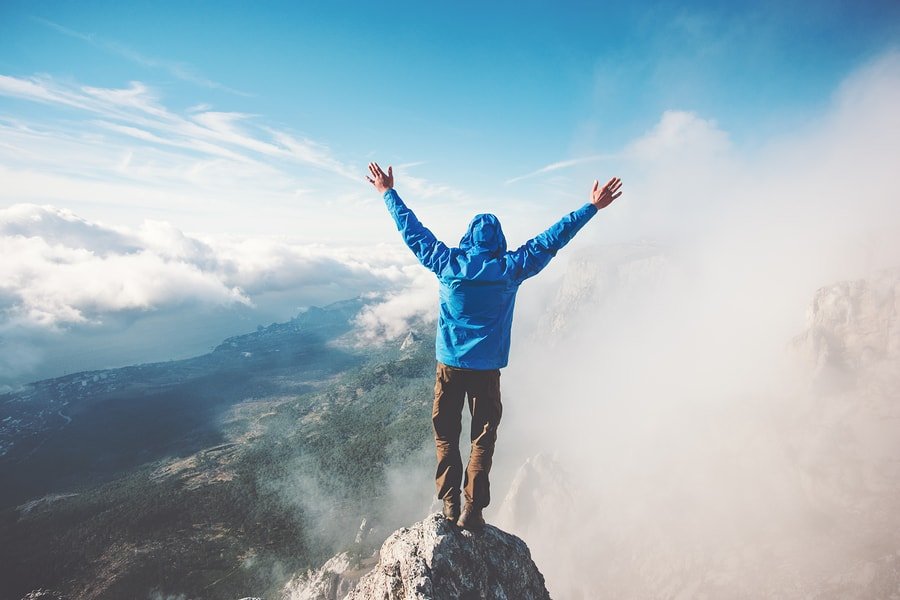 Do you want to be happier, smarter, wealthier, better with people, or get more stuff done? How about more creative and focused? Join the club. You might need some more dopamine for that. Here you’ll find out about the effects of this neurotransmitter and how it may make you a more successful person.

1) May Make You More Social and Extroverted

Dopamine and its pathways are associated with extraversion [1].

Additionally, people with gene variants that cause increased dopamine activity are more extroverted.

In a study of 130 people, those with an SNP associated with a 40% higher expression of the gene encoding the DRD4 receptor – and therefore, higher dopamine activity – had higher levels of extraversion. Specifically, the presence of the “C” allele in this SNP of the DRD4 gene in carriers of the COMT A/A genotype was associated with higher levels of extraversion and hypomania than “T” [4].

The “A” allele for this SNP in the DRD2 gene has been associated with a one-third reduction in D2-receptors. Carriers had significantly higher extraversion scores in a study on 24 people. These people may have higher dopamine activity (by reducing the levels of this receptor) and higher pleasurable responses (via increased reward prediction error) [5].

Dopamine is also known as the “motivation molecule”. It is responsible for intrinsic motivation and provides the motivational/internal drive to do things [6, 7, 8].

We do things because we find them rewarding. Dopamine is responsible for reward-seeking behavior. It is the reward signal in the brain [7, 9].

Activation of dopamine brain cells results in a good feeling/reward, while their inactivation causes aversion [10, 11].

Across different mammalian species, there is an association between dopamine and positive experiences connected with exploration, new learning, and interest in one’s environment [6].

Blocking the dopamine D2 receptor with drugs in primates and mice lowered social dominance in high social class primates. In one study, D2 receptors increased by approximately 20% after social housing in monkeys that attained dominance but were unchanged in subordinates [13, 14].

The socioeconomic status is mainly determined by the education score and the type of occupation (i.e., menial labor vs executives, professionals, large business owners) [16].

A study on 42 healthy people found that those with higher socioeconomic status had more D2/D3 receptors in two brain regions (caudate and putamen). However, this was not the case in 38 cocaine abusers. The study also associated higher D2/D3 receptor availability with having attained a higher education level [16].

A similar correlation was seen with perceived social support and D2/3 receptor activity (dopamine binding), as tested with a scale that assesses support from family, friends, and significant other, in the above-discussed study.

Dopamine promotes exploratory behavior in animals, which would be the human equivalent of traveling to new places [17].

High novelty-seeking has generally been associated with lower D2 receptor availability in the subcortical region, higher dopamine levels outside of the cell, and increased vulnerability to drug addiction. Higher dopamine (measured indirectly by MAO levels) is associated with higher sensation seeking [18].

Serotonin counteracts the effects of dopamine, by reducing sensation/novelty seeking, as seen in a study on 76 infants [17].

A study on 130 adults found that women who genetically had more dopamine (carriers of the COMT A/A genotype) also had higher novelty-seeking. People with A/A had a novelty-seeking score of 11.9 versus 8.7 for both A/G and G/G [4].

A number of studies have observed a lower D2/D3 receptor activity in a brain region (striatum) of people with drug and alcohol addiction [19].

Compared to controls, cocaine abusers showed lower D2/D3 receptors availability in the caudate, putamen, and ventral striatum in a study on 80 people [16].

Interestingly, dominant monkeys with more D2 receptors self-administered significantly less cocaine compared to subordinate animals. Thus, it appears that the high D2 receptor levels “protected” the dominant monkeys from the reinforcing effects of cocaine which is consistent with data in animals and humans [21, 22, 23, 24].

1) May Increase Memory and Learning

Dopamine activity in the brain plays a big part in memory and learning and is essential for long-term memory storage and retrieval according to multiple animal studies [25, 26].

Dopamine signals important events and helps remember those with motivational significance, thus ensuring that the memories are relevant and accessible for future behavior. In a clinical trial on 32 elderly people, administering the dopamine precursor levodopa increased long-term episodic memory [27].

Dopamine also plays an essential role in working memory, which is the capacity to use information from short-term memory to guide our own actions. Studies in brain cells found that dopamine promoted the activity of those involved in this type of memory [28].

Serotonin also works with dopamine during memory formation. Activation of serotonin receptors can increase dopamine release in parts of the brain involved in cognition and memory formation (i.e., the prefrontal cortex and hippocampus), as seen in multiple animal studies [29].

A study in rats found that dopamine release can cause an individual to be motivated by certain stimuli and change their behavior accordingly. Thus, it plays an important role during reward-driven learning [30].

2) May Increase Attention and Focus

Dopamine dysfunction in frontal lobes can cause a decline in attention or even attention deficit disorders like ADHD, as seen in several studies in rats and primates [31].

In an imaging study on over 200 people, those with higher dopamine levels in the brain (due to a polymorphism in a gene encoding an enzyme that determines dopamine flux) directed attention more efficiently to stimuli that were relevant to ongoing tasks [33].

A study on 100 healthy people showed that creativity relies on dopamine (particularly, on the interaction between frontal and striatal dopaminergic pathways). However, creativity is complex, and different aspects may be affected by different dopaminergic systems [34].

Dopamine was first associated with creativity when a clinical trial on 27 people with Parkinson’s found that they developed enhanced verbal and visual creativity when treated with dopamine-increasing drugs [35, 36].

Dopamine is involved in cognitive flexibility and openness to new experiences, two of the main components of creativity and creative thinking [34].

In the above-mentioned study on 100 healthy people, creativity was associated with gray matter content in dopamine-rich regions of the brain [34].

Various aspects of creativity have been associated with SNPs at the COMT, DRD2, and DRD4 genes [34, 37].

An SNP at DRD2, rs1800497 variant A, is associated with reduced dopamine receptors in the brain. This allele was linked to higher verbal creativity in a study on 92 healthy Caucasians [38].

A polymorphism in DRD4 has a complex relationship with creativity. DRD4-7R was associated with impaired flexibility (linked to low creativity), but also with higher novelty-seeking (linked to higher flexibility and creativity) in a study on 185 healthy people [37].

Creativity in convergent- (“deep”) but not in divergent- (“brainstorming”) thinking tasks was promoted by the food supplement L-tyrosine, a biochemical precursor of dopamine, in a clinical trial on 32 healthy people. This suggests the possibility to improve our creativity by eating a diet rich in this amino acid or taking supplements [39].

If you want to learn more about dopamine’s functions and how to increase its levels, read these posts: