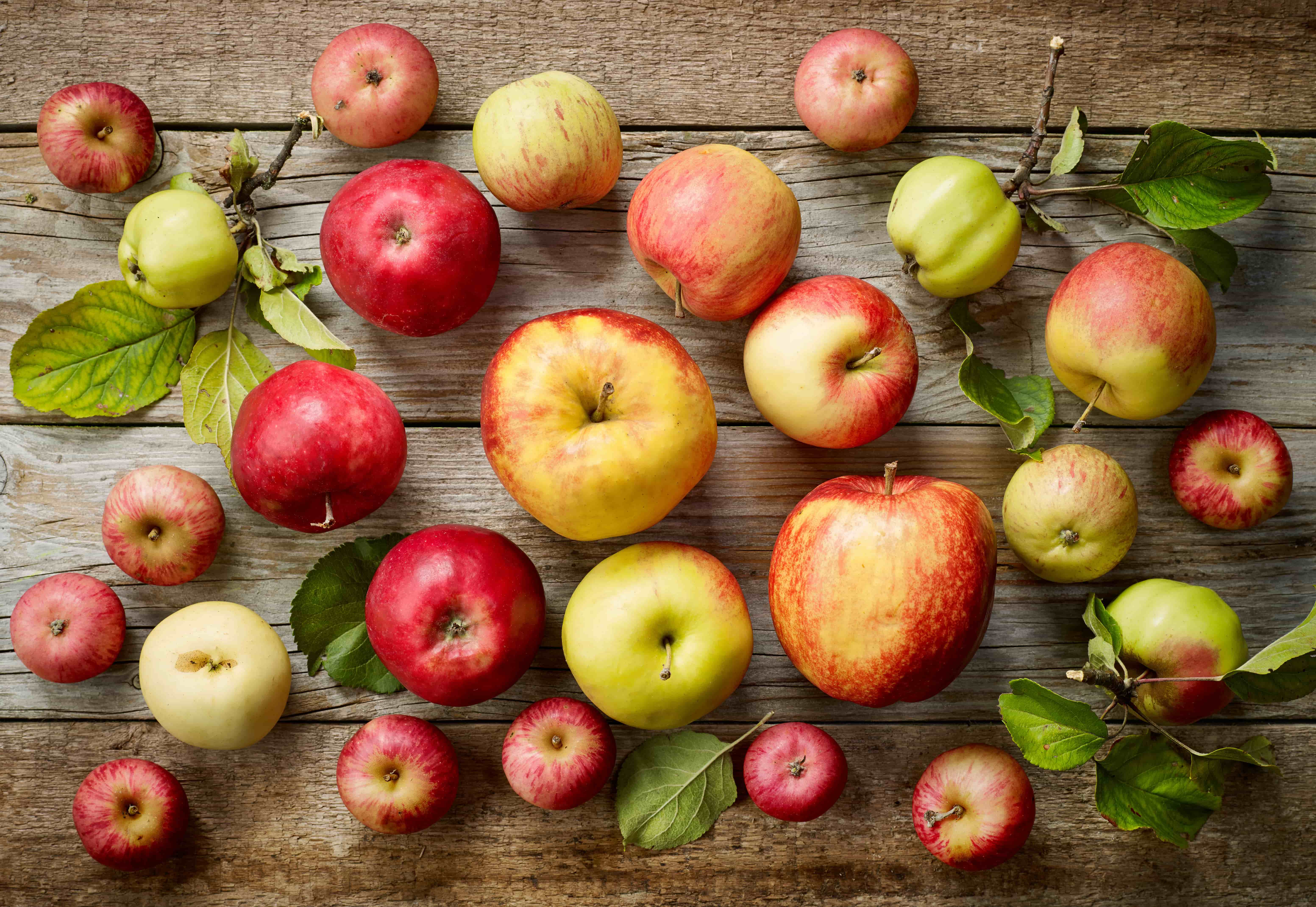 In 1785, scientists discovered that malic acid is what gives apples their sour flavor. Today we know that malic acid is found in many foods and is naturally produced in the human body. Although it is mostly used as a flavor enhancer, malic acid has several purported health benefits as well. Read on to learn if science backs these claims.

What is Malic Acid?

Malic acid is an organic compound found in many fruits. It was first identified in apple juice and was named after the Latin word for apple, mālum [1].

Malic acid belongs to a family of compounds called alpha hydroxy acids (AHA). This group of acids is commonly used in cosmetic products that are purported to help with skin conditions, such as dry skin, wrinkles, and acne.

The human body also naturally produces malic acid, which can bind to other compounds to form malate. The body uses malate in chemical reactions to create the energy that powers our cells [2].

One of the major uses of malic acid is as a food additive to add a sour taste to foods and drinks. Malic acid is also popular as a supplement and is purported to have several benefits, like helping with fibromyalgia and fatigue [3].

According to research, malic acid as a mouth spray may help dry mouth as well.

Although malic acid was first discovered in apples, a wide range of fruits contain this compound. This include grapes, mangos, pears, oranges, and many more. Products derived from fruits, like apple juice and wine, will also contain malic acid [4, 5, 6].

Some vegetables like rhubarb, celery, and carrots contain this acid as well [7].

The amount of malic acid in fruits and vegetables can vary. Researchers have found that wild apples contain higher levels compared to farmed apples. Levels can also depend on temperature, how the fruit is stored, and the age of the fruit [8, 9].

Manufacturers often add malic acid to foods and beverages as a flavor enhancer. Others use it to add a tart flavor to many food products, including candy, soda, and gum. Food grade malic acid powder is available for cooking and baking.

Dry mouth is a common clinical problem. Various medications, radiation therapy, and dehydration can all cause this condition. Treating dry mouth is important – persistent dryness can lead to tooth decay and other oral health issues [10].

Three small clinical trials found that a malic acid 1% mouth spray may increase the production and flow of saliva. The studies suggest this mouth spray may reduce dry mouth caused by blood pressure medications and antidepressants as well as dry mouth in the elderly [11, 12, 13].

A different study with 70 patients also found that the spray may increase the flow of saliva, while also possibly improving oral health-related quality of life [14].

Finally, a systematic review of 26 studies suggests that a malic acid 1% mouth spray may be effective for dry mouth caused by medications [15].

The following purported benefits of malic acid are only supported by limited, low-quality clinical studies. There is insufficient evidence to support the use of malic acid for any of the uses listed below. Remember to speak with a doctor before taking malic acid supplements. Malic acid should never be used as a replacement for approved medical therapies.

Many cosmetic products contain small amounts of malic acid, where it is used to help balance pH levels. Some research has investigated the role of malic acid used topically, but the number of clinical studies is limited [16].

One study tested a specific skin cream called Hyseac AHA cream, which contains malic acid, in 248 patients with mild to moderate acne. According to the researchers, this cream may help improve acne [17].

A small study of 35 people suggests that skin care therapy that includes an iontophoresis mask, vitamin C, and malic acid may improve skin discoloration in those with melasma, a condition that leaves dark patches on the skin [18].

According to a study with 24 patients, a supplement containing malic acid and magnesium may improve pain and tenderness associated with fibromyalgia, but only when taken for at least 6 months [19].

A small study in Japan looked at the effects of a special milk protein drink that was acidified with malic and citric acid in 29 healthy young adult men. They found that the drink may improve cognition, based on performance on cognition tests [20].

One small study of 8 people reported that malic acid supplements may increase the excretion of citrate in the urine, which may be beneficial against kidney stones [21].

Several animal studies suggest that malic acid supplements may help with nutrient digestion and milk production in cows. The effect of malic acid on human digestion is unknown [22, 23, 24].

Malic acid is considered likely safe when consumed in the amounts that are typically found in foods.

The FDA labels malic acid as a “food substance generally recognized as safe”. According to the FDA, it is appropriate as a flavor enhancer and ph control agent. As a food additive, there are specific limits on how much malic acid can be contained in food products [25].

Malic acid is considered only possibly safe when taken as an oral supplement due to a lack of safety research on the high doses contained in supplements.

There is insufficient evidence to determine if malic acid is safe when used topically on the skin. Based on some reports, creams containing malic acid may cause skin irritation [26].

In the following sections, we’ll discuss the common forms and dosages of malic acid supplements that are commercially available. Malic acid supplements have not been approved by the FDA for medical use. Regulations set manufacturing standards for them but don’t guarantee that they’re safe or effective. Speak with your doctor before supplementing.

Malic acid supplements are typically available as capsules or tablets and are sometimes combined with other nutrients like magnesium. Depending on the manufacturer, these capsules can be vegan and gluten-free.

It is unclear what a safe and effective dose of malic acid is in most cases due to a lack of research.

For topical forms of malic acid, it’s unclear what a proper dosage is.

First discovered in apples, malic acid is an organic compound that gives many fruits their sour taste. It is most commonly used as a food additive in many foods and drinks.

The human body also naturally produces malic acid. Cells in the body use malate, a form of malic acid, to produce energy.

Malic acid and its different forms are available as supplements. Research suggests that it may help in:

The long-term risks of taking malic acid are unknown. More research is required before it can be confidently recommended.