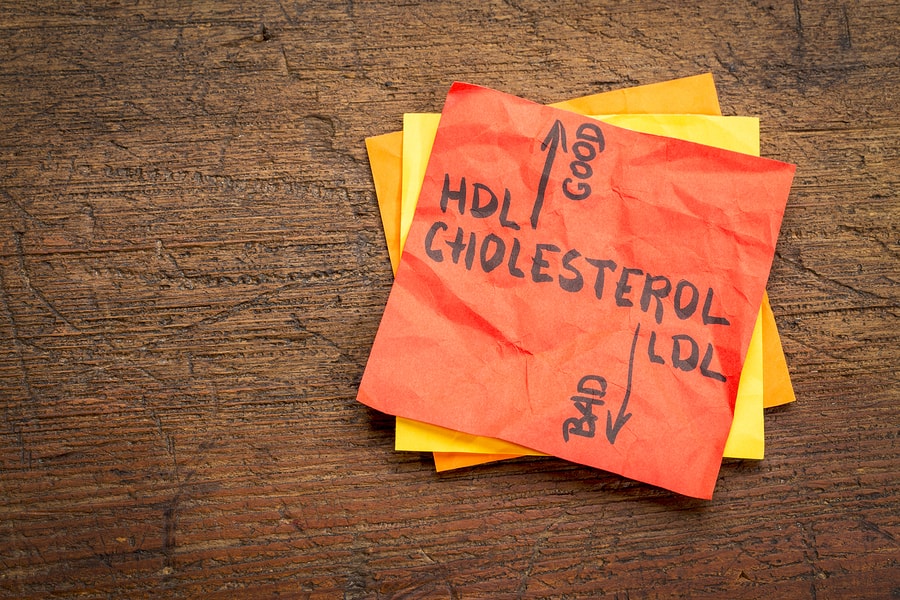 Policosanol is a natural supplement made from sugar cane often used to lower cholesterol levels. It may also lower blood pressure and prevent blood clotting. However, there are conflicting studies that have questioned its effectiveness. Read on to discover the potential benefits and drawbacks of policosanol, along with the optimal dosage.

Policosanol is a term for a group of long-chain alcohols extracted from the waxy coating of sugar cane. The first policosanol supplement was isolated and produced by researchers at Dalmer Laboratories in Cuba, in the early 90s [1].

It is commonly used for reducing high cholesterol, including total and LDL (low-density lipoprotein) cholesterol and has become one of the fastest-growing over-the-counter supplements sold in the United States [2].

Most of the trials that report benefits from policosanol were conducted by a single research group in Cuba. Trials conducted by other groups have often failed to find any benefits, which is a major drawback to its use [1].

The components of policosanol are a mixture of high-molecular-weight alcohols, with the main ones being [3, 1]:

The exact mechanisms of action of policosanol are not completely clear, however, it is thought that policosanol exerts its effects by 4]:

In 589 older patients being treated for both high blood pressure and high cholesterol, one year of policosanol (5 to 10 mg/day) treatment significantly lowered their blood pressure [8].

While the above studies were performed in Cuba, at least one study outside of Cuba has supported these findings.

A pilot study performed by a group in South Korea found that 8 weeks of policosanol supplementation reduced blood pressure in 25 volunteers [4].

Platelets are one of the main components of blood clots, and the grouping together of platelets is one of the key steps in the clotting process (platelet aggregation).

Due to questionable outcomes of other Cuban studies, we can’t make a definite conclusion in the absence of research from other authors.

Intermittent claudication is a condition that involves cramping in the legs during exercise or walking due to clogged arteries.

In another study, policosanol for 10 weeks improved the walking distance of 39 patients with intermittent claudication [17].

In a study of 21 patients given 10 mg/day of policosanol for 2 years, it significantly improved walking distance and relieved the symptoms [18].

These results have yet to replicate by a research group outside of Cuba.

No valid clinical evidence supports the use of policosanol for any of the conditions in this section. Below is a summary of up-to-date animal studies, cell-based research, or low-quality clinical trials which should spark further investigation. However, you shouldn’t interpret them as supportive of any health benefit.

In a study of 589 elderly patients with high cholesterol, 5 mg/day of policosanol for one year reduced LDL and total cholesterol levels [8].

In another study, 75 older patients with high cholesterol were given either policosanol (10 mg/day) or a statin regularly used for treating high cholesterol (atorvastatin) for 8 weeks. Policosanol lowered both LDL and total cholesterol levels but was less effective than the statin [21].

In a study of 120 patients, a combination of a popular statin (simvastatin) and policosanol resulted in a greater decrease in total and LDL cholesterol levels than a combination of the statin and placebo [22].

However, in a study performed out of Mount Sinai Medical Center in Miami, FL, policosanol (20 mg/day for 12 weeks) did not reduce LDL or total cholesterol levels either alone or in combination with atorvastatin in 99 patients with high cholesterol [26].

The research group in Cuba attributed the lack of positive results to using policosanol with a different composition of alcohols than the one used in their studies. However, other researchers have shown that the original policosanol supplement has a similar purity and composition as alternative policosanol formulations derived from non-Cuban sugarcane [1, 35, 29].

The same contradictory results seen with policosanol and LDL and total cholesterol changes are also seen with regard to HDL changes.

However, studies performed outside of Cuba (253 total patients) by other research teams showed no change in HDL cholesterol levels [2, 33, 31].

More recent trials cast a shadow of doubt on the benefits reported by the Cuban research group. Further research should clarify whether policosanol offers any protection against high cholesterol.

Similar contradictory results have also been seen with regard to triglyceride levels.

A study from Cuba found that policosanol had similar effectiveness as the popular statin atorvastatin in decreasing serum triglycerides in a study of 75 older patients [21].

A study conducted by the same research team in Cuba showed that triglyceride levels were decreased by 11.9% in 589 elderly patients with high cholesterol after 6 weeks of taking 5-10 mg/day of policosanol for one year [8].

However, other studies performed outside of Cuba (459 total patients) reported no change in triglyceride levels, even in studies where LDL and total cholesterol were lowered [33, 31, 37].

Further research may enable making a definite conclusion about the effects of policosanol on blood lipids and cholesterol. So far, there’s insufficient evidence to recommend its use.

A significant decrease in visceral fat was reported in a study of 25 volunteers taking 10 mg of policosanol daily for 8 weeks. Further research is warranted [38].

No clinical evidence supports the use of policosanol for any of the conditions listed in this section. Below is a summary of the existing animal and cell-based studies; they should guide further investigational efforts but should not be interpreted as supportive of any health benefit.

Policosanol in Combination with Other Supplements

In another study, 40 children with high cholesterol disorders were given 200 mg of red rice extract and 20 mg of policosanol or placebo for 4 weeks. Total cholesterol and LDL cholesterol and were significantly reduced compared to the placebo group [42].

A combination of policosanol and omega-3 fatty acids improved mood and reaction time of 10 male athletes compared to placebo [44].

In one pilot study, 50 patients who suffered a stroke and were given 20 mg/day of policosanol, along with aspirin and vitamins C, E, and folic acid, and showed improved neurological outcomes [45].

Another plausible explanation is diet. Many of the trials performed by the Cuban research team often had participants who were on special diets designed to lower cholesterol levels before they began supplementing with policosanol [43, 8, 46, 23, 47, 21, 36].

All three studies outside of Cuba that found benefits with policosanol used cholesterol-lowering diets before starting policosanol supplementation [48, 49].

Side effects are generally mild but may include [24, 14]:

Due to the lack of safety data, pregnant women and children should avoid policosanol.

Taken with aspirin, policosanol was also shown to reduce blood clotting, and the combined effect was greater than either one alone (45 heart disease patients and 43 healthy volunteers) [14, 58].

Policosanol may also enhance the cholesterol-lowering effects of statins and the effects of blood pressure-lowering drugs [22, 8].

The below doses may not apply to you personally. If your doctor suggests using policosanol, work with them to find the optimal dosage according to your health condition and other factors.