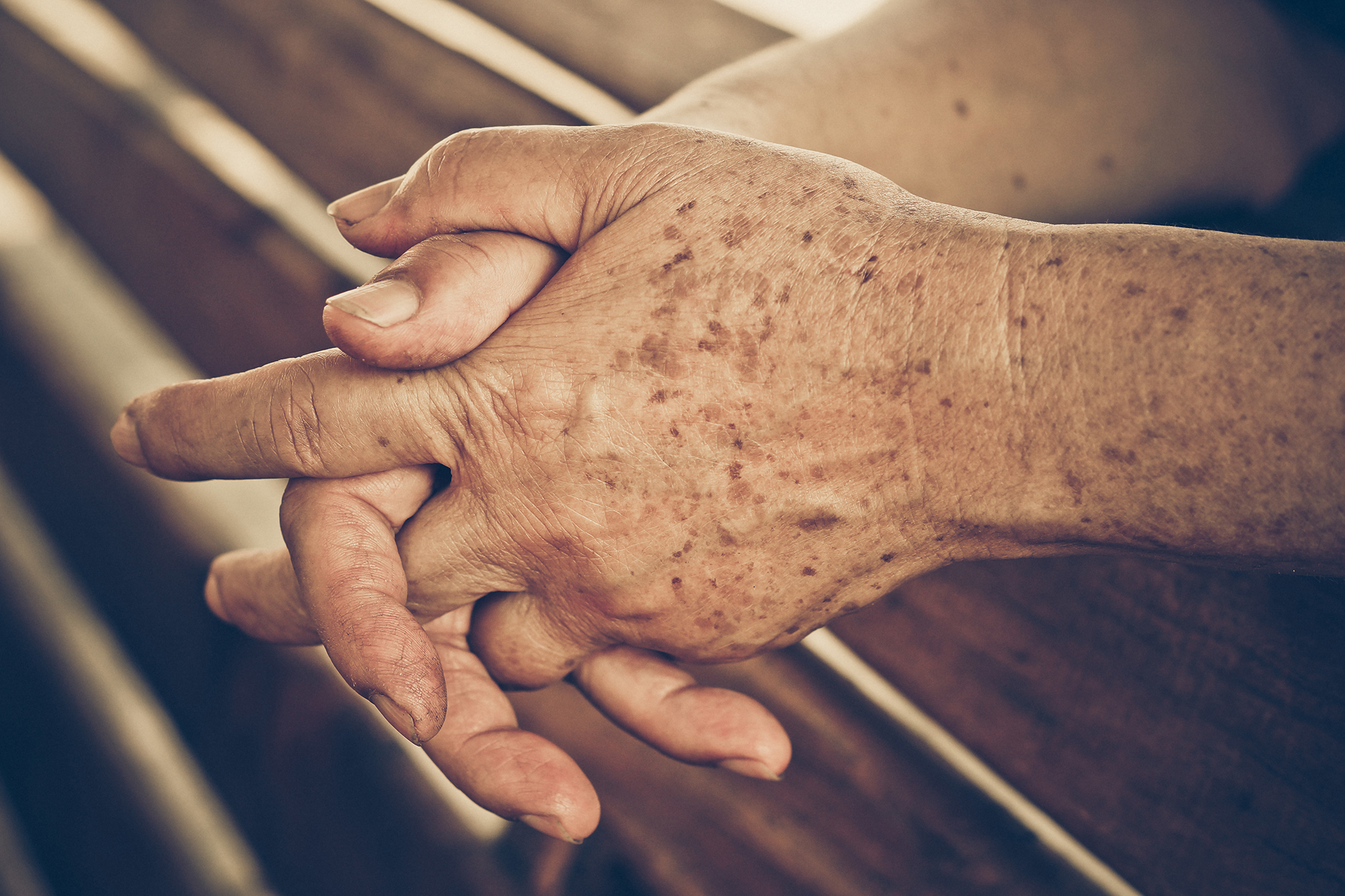 Scientists are investigating whether modern ailments are linked with NAD+/SIRT1 disturbances. What exactly does SIRT1 do and which factors might activate or block it? Read on to learn what the latest science suggests.

SIRT1 is a protein that removes acetyl groups from other proteins – and it requires NAD+ to function [1].

Recent studies have implicated SIRT1 in gene expression, metabolism, and aging. We can view SIRT1 as kind of like the car and NAD+ like the gas – the body needs both of them together to work effectively [1].

SIRT enzymes are thought to “turn off” certain genes that promote aging, such as those involved in inflammation, fat synthesis and storage, and insulin resistance [1, 2].

Scientists suspect that when proteins are undergoing stress, acetyl groups are added to them as a response to changes induced by inflammation and oxidation [1].

Sirtuins (like SIRT1) remove these acetyl groups to keep the protein in service. They also seem to simultaneously stabilize the charge state of the carbon backbone of proteins to resist any further changes in their shape. Theoretically, this allows cellular proteins to live longer and it saves energy on other processes [1].

Some researchers think that Resveratrol and SIRT1 might make the body more sensitive to vitamin D (potentiate the vitamin D receptor, VDR), but human data are lacking. They are also investigating whether SIRT1 can [5, 6]:

These pathways haven’t been properly researched in humans.

SIRT 1 and SIRT 3 enzymes are hypothesized to be protective against [1]:

However, the current hypotheses are based mostly on animal and cell-based studies that can’t be applied to humans.

Similarly, SIRT1 is hypothesized to activate (by deacetylation) the following pathways based on animal and cellular data:

On the other hand, SIRT1 is though to deacetylate and inhibit NF-kB, STAT3, and MMP9 [22]. SIRT1 deacetylation appears to degrade PER2 in cells [23].

Factors that May Activate SIRT1

If your goal is to increase SIRT1 to improve your neurological issues – including those of cognitive problems, mood imbalances, or serious inflammation – it’s important to talk to your doctor, especially your symptoms are significantly impacting your daily life.

Therefore, you may try the additional strategies listed below if you and your doctor determine that they could be appropriate. None of these strategies should ever be done in place of what your doctor recommends or prescribes.

Remember that the existing evidence does not suggest that low SIRT1 causes any disorder.

The potential health effects of activating SIRT1 in humans are still an area of research.

Additionally, changes in biochemistry are not something that people can change on their own with the approaches listed below.

Please read through them having all the limitations, caveats, and precautions mentioned above in mind.

Theoretically, factors that may increase NAD+ might also increase SIRT1 activity. Those are covered in this article.

According to Kruse and based on animal experiments, SIRT1 and NAD+ provide fine control through the properties of DHA [25].

DHA is claimed to increase SIRT1 by modulating the immune system and supporting mitochondrial health. This hasn’t been proven in humans, though [25].

DHA is hypothesized to increase SIRT1 in blood vessels, which may increase Nitric Oxide (eNOS) [26].

DHA may increase SIRT1 in the hippocampus, which is hypothesized to reduce cognitive decline. In animals, DHA appears to enhance learning and memory. DHA reversed a reduction in sirt1 levels in rats with mild traumatic brain injury [29, 30].

Epidemiological studies suggest that low blood DHA levels are associated with cognitive deficits in healthy elderly people and in patients with neurodegenerative disorders [29].

DHA is naturally found in fish, but supplements are also available. However, DHA supplements have not been approved by the FDA for medical use. Supplements generally lack solid clinical research. Regulations set manufacturing standards for them but don’t guarantee that they’re safe or effective. Speak with your doctor before supplementing.

Not taking care of your circadian rhythm and sleep can cause chronic health issues in the long run [31].

The enzyme that makes NAD+ (NAMPT) is under circadian control [32] and is produced by CLOCK and BMAL1.

When the circadian rhythm is out of sync, NAD+ levels are affected. Theoretically, this implied that SIRT1 (and SIRT3) may be dysregulated since NAD+ is needed to activate SIRT1 & 3 [1].

SIRT1 may regulate the strength (amplitude) and the duration of circadian gene expression in the retina by removing acetyl groups from key circadian clock regulators, such as BMAL1 and PER2 [33].

In aged mice, SIRT1 levels in the SCN – viewed by some as the circadian command center – are decreased, as are those of BMAL1 and PER2. Scientists think this leads to a longer circadian period, disrupted activity patterns, and an inability to adapt to light-dark changes in the environment [33].

Young mice lacking brain SIRT1 have similar effects to these aging-dependent circadian changes, whereas mice that overexpress SIRT1 in the brain appear to be protected from some of the circadian effects of aging [33].

Human studies are needed to better understand these pathways.

The following supplements, drugs, and pathways are theoretical and anecdotal. They aren’t backed up by solid science. We bring them up for informational purposes.

Metformin is an anti-diabetic drug that is available only with a doctor’s prescription. Talk to your healthcare provider before taking aspirin or any other over-the-counter (OTC) drug.

Cold and forskolin are hypothesized to increase SIRT1 activity by increasing cyclic AMP and independent of NAD+ levels. This hasn’t been proven. According to a related unverified theory, humans evolved to have this as a more rapid way to activate metabolism than by slowly increasing NAD+ levels [43, 44].

Factors that May Increase NAD+

Scientists are investigating whether the following factors increase NAD+, which may theoretically also increase SIRT1. However, the impact of these factors on NAD+ or SIRT1 in humans is unknown. Much of this research is early, speculative, or of relatively low quality.

Scientists say that one way to look at potential SIRt1 negatives is to have the following in mind [1]:

Does it Affect Immunity and Inflammation?

Some scientists think that SIRT1 may increase Th17 cells (by deacetylating RORγt), which are mainly inflammatory. Additionally, inhibition of SIRT1 is being researched as a potential way to suppress multiple sclerosis in animals [73].

Cell-based and animal research suggests that SIRT1 over-activation may:

SIRT1 inhibition with nicotinamide is being investigated as an anti-tumor target in cells. We can’t draw any conclusions from cell-based research [82].

The following pathways are hypothesized to inhibit SIRT1 in cells or animals:

It’s thought that the C allele causes increased gene production of SIRT1, but the evidence is limited [90].

Some research suggested an association between the C allele and a lower chance of dying during an 18-year follow-up study in the general population [91, 92].

More research on these genetic variations is needed.

Genetics of Sleep and Insomnia – 21 Genes & SNPs to Check