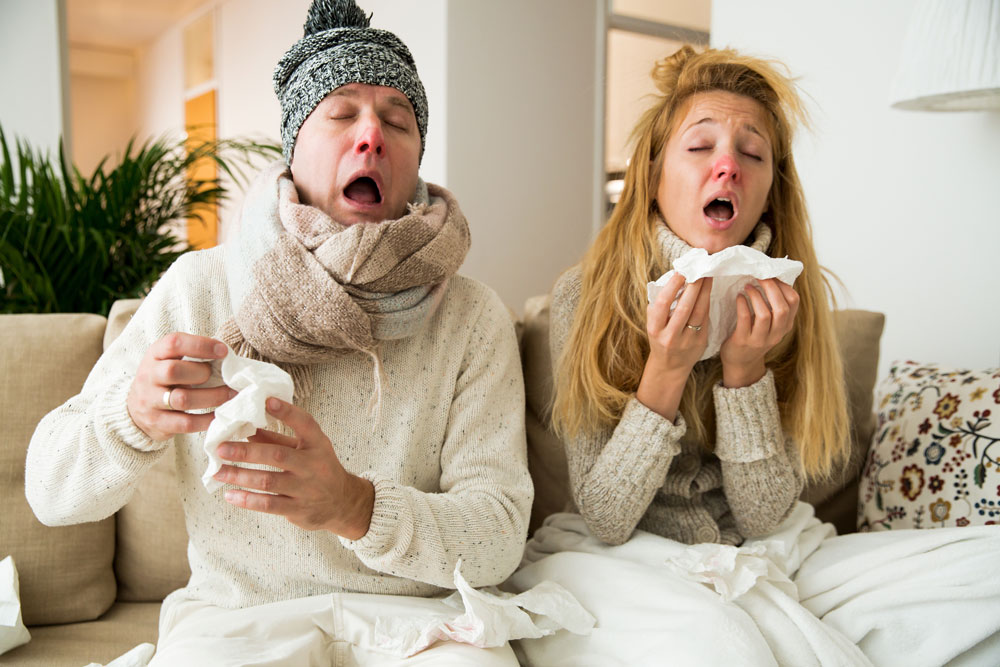 Arabinogalactan is a natural compound found inside the leaves, roots, and sap of many plants. First discovered in larch in the 19th century, arabinogalactan is now growing popular due to claims that it may help prevent colds, combat infections, and relieve allergies. Read on to learn what the research says.

Arabinogalactan is a natural compound found in many plants and a key ingredient in plant gums, such as gum arabic [1].

Certain species of bacteria have arabinogalactan in their cell walls for structural support [2].

Arabinogalactan has several unique properties, including high solubility and stability. This makes it useful as a thickening and stabilizing agent [1].

There is some evidence that arabinogalactan may have several health benefits such as improving the immune system and cholesterol levels. However, it’s not clear how strong these health claims are due to a lack of clinical research [3].

Varying concentrations of arabinogalactan are contained in the seeds, leaves, roots, fruit, and sap of many plants, including [1]:

Arabinogalactan is also found in several medicinal herbs, such as [1, 4]:

Commercially, arabinogalactan is typically extracted from the North American larch tree. This specific larch species contains a very high concentration (up to 35%) of arabinogalactan [1].

What Does Arabinogalactan Contain?

Arabinogalactan is a polysaccharide, meaning it is made up of many smaller sugar molecules. More specifically, it contains long chains of the sugars arabinose and galactose, which is how arabinogalactan got its name [5].

The composition of these sugars can vary depending on the species of plant. For example, larch arabinogalactan contains galactose and arabinose in a 6:1 ratio [5].

Arabinogalactan is also commonly found in combination with proteins. Research is finding that arabinogalactan-proteins have their own unique functions in plants [6].

This means that different sources of arabinogalactan can have different concentrations of sugars and other compounds. This is important because researchers often use different plant sources for their studies, which can complicate their results.

How Does Arabinogalactan Work?

Arabinogalactan primarily works as a dietary fiber. Humans lack the enzymes to break down arabinogalactan, making it difficult to digest.

When arabinogalactan is consumed, it sits in the colon and is slowly fermented by the bacteria there. This fermentation produces short-chain fatty acids (SCFA), such as butyrate, which play an important role in colon health. For example, butyrate acts as an energy source for colon cells [7, 8].

Arabinogalactan may also interact with M-cells. These M-cells are part of the gut-associated lymphoid tissue, a system that plays an important role in the immune response in the digestive tract [9].

According to some researchers, arabinogalactan molecules may stimulate M-cells, which go on to activate T cells, B cells, and other cells of the immune system. This way, gut immunity potentially extends to affect whole-body immunity [1].

Remember to speak with a doctor before taking arabinogalactan. It should never be used as a replacement for approved medical therapies.

One randomized placebo-controlled study of 199 people found that arabinogalactan supplementation may reduce the incidence of cold infections. However, arabinogalactan did not reduce the severity or symptoms of the common cold [10].

After receiving a vaccination, there is usually a rise in IgG levels (a type of antibody) in the body. This typically signifies that the immune system has detected the vaccine and is building up a defense against it [11].

A similar trial including 45 healthy adults suggests that arabinogalactan may also cause a greater rise in IgG levels after receiving a pneumococcal vaccine [13].

However, it’s unknown if this increase in IgG translates to better vaccine effectiveness. Also, the same IgG-boosting effect was not seen in response to flu shots (the influenza vaccine) [12].

No clinical evidence supports the use of arabinogalactan for any of the conditions listed in this section. Below is a summary of the existing animal and cell-based research, which should guide further investigational efforts. However, the studies listed below should not be interpreted as supportive of any health benefit.

Arabinogalactan has not been shown to treat or prevent cancer. The potential effect of arabinogalactan in cancer has only been studied in animals and cells.

With that in mind, researchers have investigated the effects of arabinogalactan in animals and cells on the following types of cancer:

A cell study found that arabinogalactan-proteins may block H. pylori from attaching to stomach cells. H. pylori is a type of bacteria that may cause inflammation and ulcers in the stomach [30].

One mouse study suggests that arabinogalactan may reduce airway inflammation and sensitivity to allergens [31].

One study in rabbits found that an arabinogalactan 5% solution may protect against dry spots on the cornea (the transparent front surface of the eye), while also potentially speeding up the healing time after an eye injury [32].

According to a cell study, arabinogalactan may stimulate cell growth in the eye [33].

A mouse study suggests that arabinogalactan sourced from the tamarillo fruit may help reduce pain [34].

Several animal studies have also found that arabinogalactan combined with other pain relievers, such as aspirin or ibuprofen, may provide more pain relief than each drug by itself [35, 36].

Arabinogalactan is considered likely safe when consumed in the amounts normally found in food. The FDA also considers arabinogalactan safe as a food additive when used as a thickening and stabilizing agent [37].

When arabinogalactan is taken at higher doses than what is normally contained in food, it is only considered possibly safe for short-term use. This is due to a lack of clinical safety research, especially for long-term use.

There is not enough research to determine the safety of arabinogalactan during pregnancy or breastfeeding.

Arabinogalactan is generally well tolerated. The most common side effects are bloating and flatulence [38].

There is some evidence that arabinogalactan may increase the activity of the immune system. For this reason, patients with any kind of autoimmune disease should avoid arabinogalactan as it theoretically may exacerbate symptoms.

This also means that patients who have received a transplant should also avoid arabinogalactan. Theoretically, it could increase the chance of transplant rejection.

In the following sections, we’ll discuss the common forms and dosages of arabinogalactan that are commercially available. Arabinogalactan is not approved by the FDA for medical use. Regulations set manufacturing standards for arabinogalactan, but that does not guarantee that it is safe or effective. Speak with your doctor before supplementing.

Arabinogalactan is commercially available as a powder and a capsule.

The powder form can be mixed with water or juice, or it can be added to food as well.

There is currently insufficient evidence to determine what a safe and effective dose of arabinogalactan is.

Manufacturers of arabinogalactan products typically recommend a dose of about 4 grams per day.

Arabinogalactan is a carbohydrate-based compound naturally found in many plants. Similar to other plant gums, it’s commonly used as a thickening and stabilizing agent.

There is some evidence suggesting that arabinogalactan may help prevent the common cold or potentially improve the effectiveness of vaccines. However, there is currently not enough clinical research to confidently support these claims.