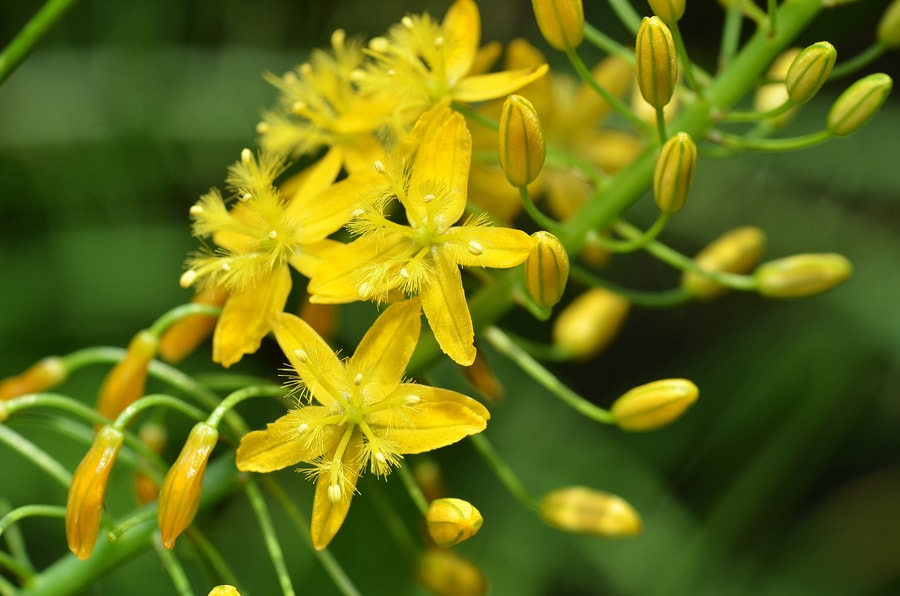 In the testosterone-boosting industry, various compounds get periodic attention from the media. Bulbine natalensis is one of them, rapidly capturing interest from bodybuilders as a supplement for supposedly increasing testosterone levels. But, did you know that it may also help in wound healing according to animal research? Keep reading to discover the health benefits, side effects, and reviews of Bulbine natalensis.

What Is Bulbine Natalensis?

Bulbine natalensis is a plant from the Asphodelaceae family, which is mainly found in Southern Africa. It is known by various names, including ibhucu, ingcelwane, and rooiwortel [1].

Its leaf sap is used as a traditional remedy for wounds, burns, and rashes. A root infusion is used to manage vomiting, diarrhea, convulsions, sexual infections, diabetes, and rheumatism. However, none of these effects has been investigated [2].

Although Bulbine natalensis has been used in Africa for years, only recently has it become popular as a supplement in Western medicine.

The precise mechanism of action of Bulbine natalensis in humans has not been established. However, according to studies in rats, it is thought to act via the following mechanisms [3, 1]:

No clinical evidence supports the use of Bulbine natalensis for any conditions. Below is a summary of the existing animal and cell-based research, which should guide further investigational efforts. However, the studies listed should not be interpreted as supportive of any health benefit.

A watery extract of Bulbine natalensis raised testosterone levels in the testes and blood in rats. It also increased sexual behavior and was more effective than Viagra at a dose of 25-50 mg/body weight. This suggests its potential to be used in the management of disorders of libido, premature ejaculation, and erectile dysfunction in men [1, 3, 6].

Bulbine natalensis extract enhanced the success of mating and fertility in rats as a result of the increased libido and increased reproductive hormones (testosterone, progesterone, luteinizing hormone, and follicle-stimulating hormone). However, it did not alter other parameters of sexual health, such as sperm motility, shape, viscosity, and count [7].

A class of naturally occurring chemicals (phytosterols) found in Bulbine natalensis blocked the growth of one of the most toxic fungi (Aspergillus flavus) [10].

Note, however, that these are very preliminary results that haven’t been replicated in humans and even in animals. Further research is needed to establish if Bulbine natalensis has any potential in treating the diseases caused by these fungi.

Extracts of Bulbine natalensis in different types of alcohol blocked the growth of the following bacterial species [11]:

The Bulbine natalensis extract in ethyl acetate was the most effective at blocking bacterial growth compared to other alcohol extracts [11].

Again, these studies only tested the ability of Bulbine natalensis to inhibit these bacterial species in test tubes but not to fight the infections caused by them.

There is only one human study examining the effects of Bulbine natalensis. Most studies were done on animals.

More scientific studies are required to know how and if Bulbine natalensis use impacts the body, short- and long-term safety, and if it interacts with other drugs/compounds in the body.

Keep in mind that the safety profile of Bulbine natalensis is practically unknown, given the lack of well-designed clinical studies. The list of side effects below is not a definite one and you should consult your doctor about other potential side effects based on your health condition and possible drug or supplement interactions.

In one study, 36 healthy men took a Bulbine natalensis supplement daily for 28 days. The supplement was safe as measured by blood, kidney, liver, and general markers of health (heart rate, blood pressure, ECG) [12].

In rats, a watery extract of Bulbine natalensis stem increased blood levels of cholesterol and triglycerides and decreased levels of ‘good’ cholesterol (HDL) [13].

Because Bulbine natalensis is not approved by the FDA for any conditions, there is no official dose. Users and supplement manufacturers have established unofficial doses based on trial and error. Discuss with your doctor if Bulbine natalensis may be useful as a complementary strategy in your case and which dose you should take.

In the only human study with Bulbine natalensis, it was consumed at a dosage of 325 mg twice a day [12].

A dosage of 50 mg/kg was established as optimal in rat studies. This can be converted into an estimated 8 mg/kg for a 60 kg human according to the Body Surface Area Conversions standards laid down by the Food and Drug Administration (FDA) [15].

In other words, based on animal studies, Bulbine natalensis extract may be taken at an estimated dosage of:

The Bulbine natalensis dose may be higher if the raw form of the plant is consumed without any extraction.

The opinions expressed in this section are solely those of Bulbine natalensis users, who may or may not have medical or scientific training. Their reviews do not represent the opinions of SelfHacked. SelfHacked does not endorse any specific product, service, or treatment.

Many users reported an increase in libido, mental, and physical energy after Bulbine natalensis consumption. The testosterone-boosting effects took some time to be noticeable for some users.

A few users reported not feeling any effects after taking the supplement. However, some claim they noticed effects after doubling the dosage.

One user said that the supplement helped him sleep better but he also experienced heart palpitations, which subsided after stopping its consumption.

6 Benefits of Cat’s Claw + Side Effects