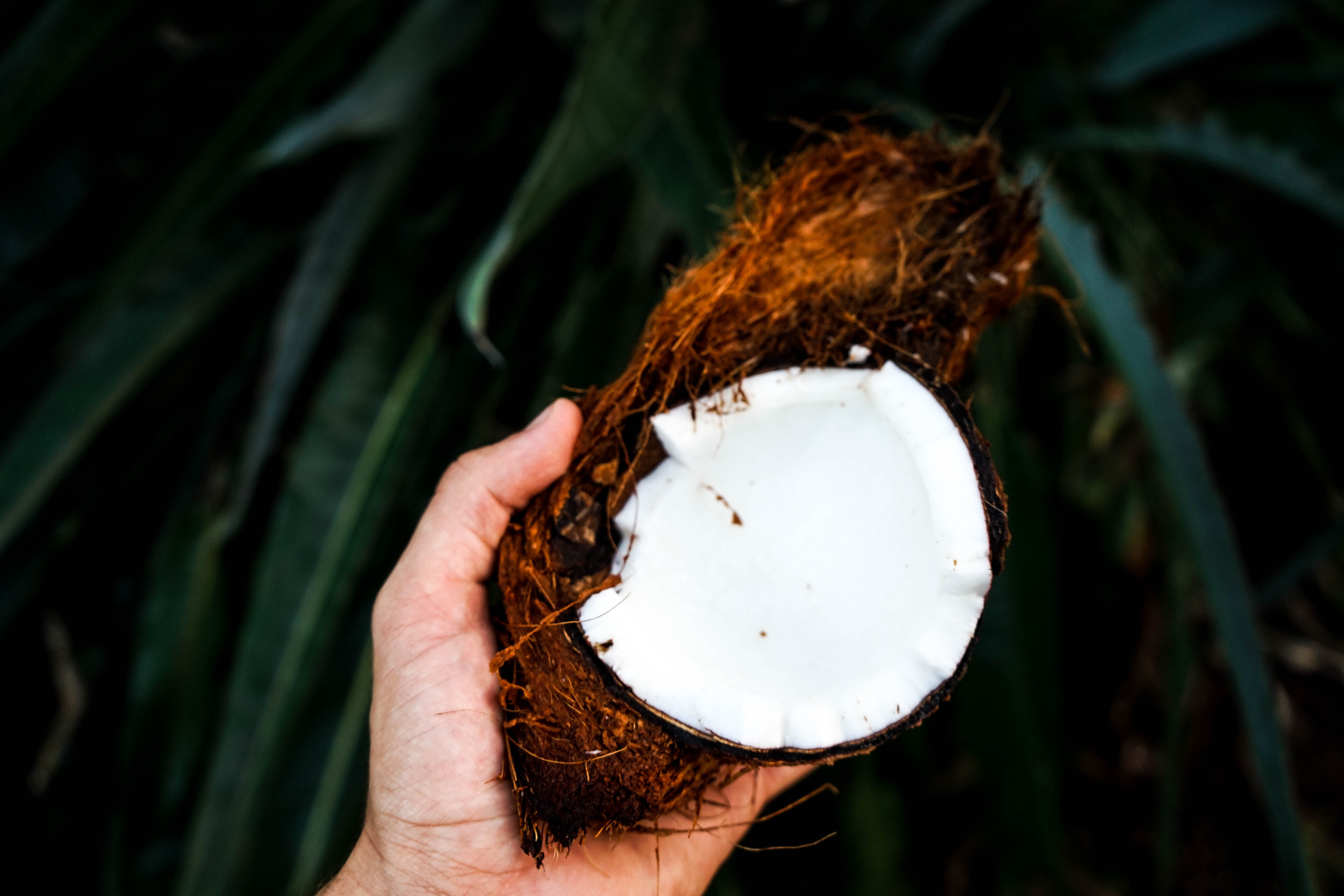 Caprylic acid (octanoic acid) is one of the fatty acids that give anti-microbial properties to coconut oil. It builds the so-called medium-chain triglycerides (MCTs). Preliminary research points to its antibacterial, antifungal, and anti-inflammatory effects, but solid clinical evidence is lacking. Learn the potential benefits and side effects of caprylic acid.

What is Caprylic Acid?

Caprylic (octanoic) acid is a fatty acid that belongs to the group of medium-chain triglycerides (MCTs). It is typically found in edible oils like coconut and palm oil [1].

It is one of the fatty acids that give anti-microbial and other health-promoting properties to coconut oil. People use it orally and topically for Candida infections, skin conditions, high cholesterol, digestive issues, and more [2].

No valid clinical evidence supports the use of caprylic acid for any of the conditions in this section. Below is a summary of up-to-date animal studies, cell-based research, or low-quality clinical trials which should spark a further investigation. However, you shouldn’t interpret them as supportive of any health benefit.

Anti-candida dietary regiment, with caprylic acid ingestion as the main component, successfully treated gut candida in 18 subjects with chronic fatigue syndrome. Most of the subjects experienced fatigue improvement to a certain degree [3].

However, this study was published in a low-impact journal, had a tiny sample, and lacked a control group. We can’t make any conclusions based on its results.

A group of researchers reported success with caprylic acid in patients with unexplained health issues that appear to be caused by Candida, Helicobacter, Cytomegalovirus, and other infections. Once again, the quality of clinical evidence is low [4].

Caprylic acid suppressed the growth of Candida on the tongue surface on mice. It enters the microbial cell across the plasma membrane and affects the biological function of the Candida fungus [5].

Caprylic acid and other antifungal fatty acids insert themselves into the fungal membranes and physically disturb the membrane, resulting in increased fluidity of the membrane. This will cause changes in membrane proteins, cytoplasmic disorder, and eventually cell death [6, 7].

No clinical evidence supports the use of caprylic acid for any of the conditions listed in this section. Below is a summary of the existing animal and cell-based studies; they should guide further investigational efforts but should not be interpreted as supportive of any health benefit.

In the lack of glucose, caprylic acid may be a source of ketones, which offer the necessary simple fuel for the dysfunctioning mitochondria in the brain cells to use for energy [9].

Treatment with caprylic triglycerides slowed the progression of weakness and protected spinal cord neurons in a study on mice, significantly improving their cognitive performance [10].

In a couple of animal trials, caprylic acid and other medium-chain fatty acids were able to reduce cholesterol levels and atherosclerosis. Clinical trials haven’t confirmed this yet [11, 12].

Caprylic acid was able to inhibit the growth of Salmonella and other bacteria in animal trials [13].

Caprylic acid is able to reduce the number of pathogens in milk by penetrating into pathogenic bacteria and killing them. Short- and medium-chain fatty acids diffuse into bacterial cell walls, causing the bacteria to become acidic and lose the reproductive ability [14].

Medium-chain free fatty acids have a broad spectrum of microbicidal activity against enveloped viruses. The antiviral action liquidizes the lipids and phospholipids in the envelope of the virus, causing the disintegration of the microbial membrane [15].

It also interferes with virus assembly and viral maturation [15].

Still, the above observations stem from animal and cell-based trials only, and their clinical relevance is unknown.

Caprylic Acid Side Effects and Safety

Caprylic acid is labeled as safe by the FDA when used in usual amounts found in food. It’s also likely safe as a part of MCT-rich diets [16, 17, 18].

Higher doses (up to 128 mg/kg) may cause abdominal discomfort in some patients [19].

Caution and medical supervision are warranted.