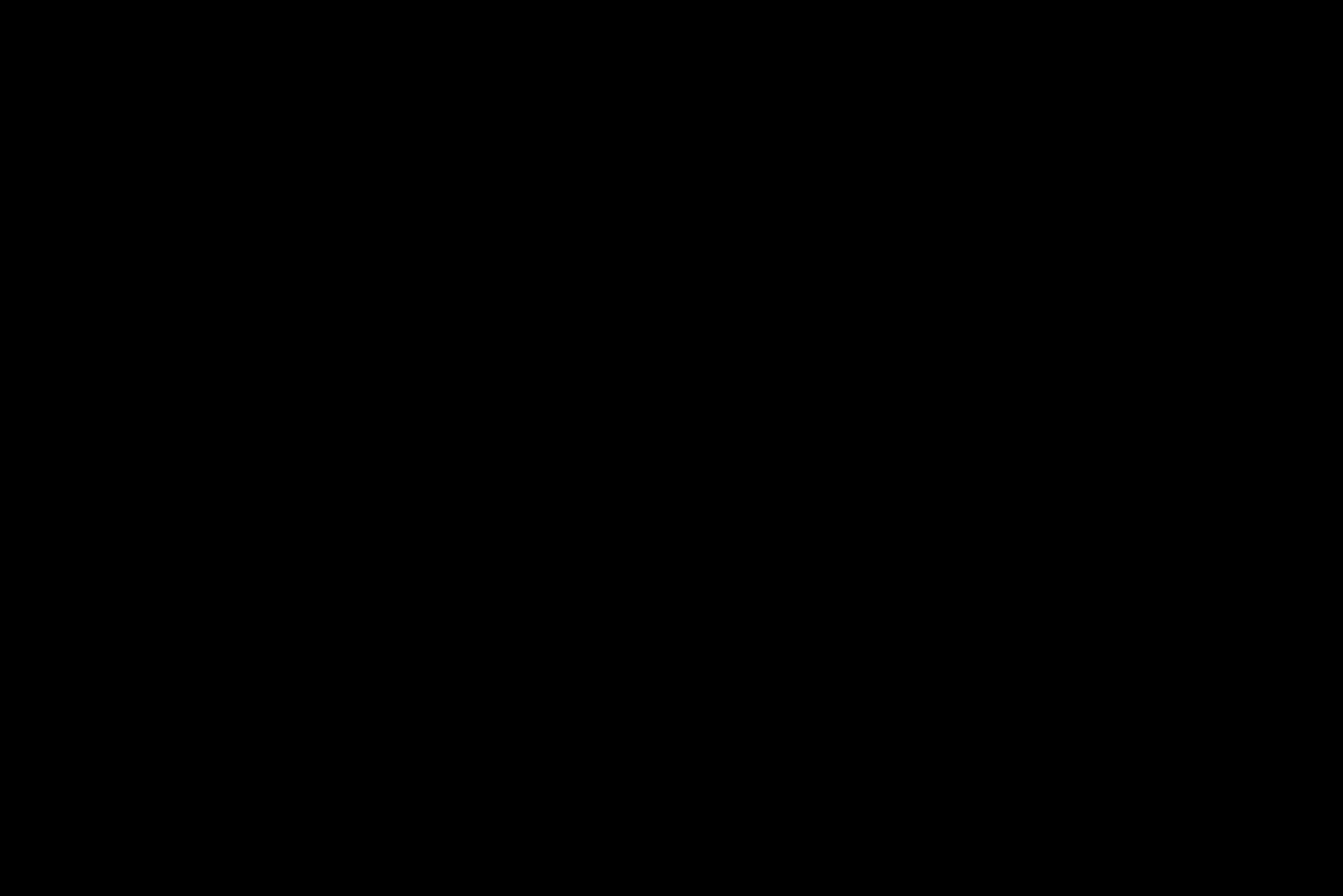 Perilla oil is one of the richest sources of plant-based omega-3 fatty acids, in the form of alpha-linolenic acid. Omega-3 fatty acids are considered essential because they can’t be made in the body and must be consumed in the diet. What benefits could perilla oil have? Read on to find out.

What is Perilla Oil?

Perilla oil is obtained from the seeds of a species of plant in the mint family called Perilla frutescens. The perilla plant is native to Southeast Asia and India and has been used medicinally in China for thousands of years [1].

Perilla oil is popular because it is a plant source of essential omega-3 polyunsaturated fatty acids. Fatty acids are considered essential if they cannot be produced by the body and must be obtained via diet. The main omega-3 fatty acid in perilla oil is alpha-linolenic acid, which comprises 54 – 69% of the oil [1, 2].

Like many plants, perilla contains a wide variety of beneficial phytochemicals and compounds. The main compounds are [1]:

Perilla seeds contain many essential oils, such as p-Cymene, beta-caryophyllene, and alpha-farnesene. The leaves and stems contain essential oils, as well, like limonene and eucalyptol, among others [1].

Extracts of the plant contain compounds like anthocyanins, triterpenes, and flavonoids [1, 6].

Perilla oil supplements have not been approved by the FDA for medical use and generally lack solid clinical research. Regulations set manufacturing standards for them but don’t guarantee that they’re safe or effective. Speak with your doctor before supplementing.

The following purported benefits are only supported by limited, low-quality clinical studies. There is insufficient evidence to support the use of perilla oil for any of the below-listed uses. Remember to speak with a doctor before using perilla oil, and never use it to replace anything your doctor recommends or prescribes.

In a study with 86 people with high cholesterol, those supplemented with perilla oil had lower levels of total cholesterol, LDL, oxidized LDL, apolipoprotein B activity, and lipoprotein-associated phospholipase A2 (a marker for heart disease) activity [7].

In a study of 36 people with high cholesterol, perilla oil lowered total cholesterol levels. This effect was greater when combined with increased exercise [8].

In rabbits, perilla oil generated a similar reduction in total cholesterol, LDL, and triglyceride levels as Lovastatin treatment (a cholesterol medication), and both treatments reduced the accumulation of fat in the liver and kidneys [9].

Similarly, a study of over 43,000 men found that alpha-linolenic acid was correlated with a lower risk of developing heart disease [12].

No studies have yet determined whether there is a direct link between perilla and heart disease; only alpha-linoleic acid (abundant in perilla oil) has been studied.

In a clinical trial of 14 people, those who consumed perilla oil had improved lung function. They also had decreased levels of the inflammatory compounds leukotriene B4 and C4 [14].

In a study of elderly adults, high consumption of alpha-linolenic acid was correlated with a reduced risk of hip fracture over the course of 16 years [15].

No clinical evidence supports the use of perilla oil for any of the conditions listed in this section. Below is a summary of the existing animal and cell-based research, which should guide further investigational efforts. However, the studies listed below should not be interpreted as supportive of any health benefit.

Rats fed perilla oil performed better in a maze test than rats fed corn oil. Those that consumed perilla oil had changes in the protein levels in the brain [17].

Rats fed a diet rich in either perilla oil or fish oil had changes in gene activation in the brain. The genes affected may increase calcium signaling, stimulus responses, and neuron stability [18].

In a rat study, animals were fed a diet of perilla oil, safflower oil, olive oil, or beef fat. Rats fed a diet with perilla oil had less fat and lower cholesterol than the other groups [19].

While not as effective as Lovastatin (a cholesterol medication), perilla oil also reduced arterial plaque coverage by 60% in rabbits [9].

A high fat/high cholesterol diet with perilla oil helped reduce inflammation and fibrosis in the liver in rats. Liver fibrosis leads to the development of non-alcoholic fatty liver disease [21].

In a rat model of Crohn’s disease, a diet with perilla oil reduced the severity of the ulcers and lowered levels of an inflammatory compound, plasma leukotriene B4 [23].

In a cell study, when activated white blood cells were exposed to perilla extracts, they migrated less and produced fewer reactive oxygen species [24].

Perilla oil may be beneficial for fighting bacterial infections. When grown in the presence of perilla oil, antibiotic-resistant Staphylococcus aureus strains secreted fewer toxins. This effect was most pronounced for enterotoxins that harm the gut and cause food poisoning [25].

A study of 121 women with breast cancer found that, aside from tumor size, low levels of alpha-linolenic acid in breast tissue was the only predictive indicator of metastasis, the spreading of cancer to other parts of the body [26].

However, some studies have found that alpha-linolenic acid may increase prostate cancer risk, so more studies are needed [29].

In a study of aging mice, the mice fed perilla oil had lower cholesterol and grew fewer tumors. However, they also had shorter lifespans, with an average decrease of nearly 70 days. The authors were not able to explain this apparent contradiction [30].

Most of the studies on perilla oil were conducted only on animal models and/or cell lines. Many more human studies need to be conducted.

Very high levels of dietary perilla oil may actually contribute to insulin resistance. In a rat study, while a diet with 25% perilla oil decreased triglycerides and total cholesterol, it also reduced insulin sensitivity. More studies are needed to confirm this finding and determine the mechanisms [2].

There are no known side effects to perilla oil consumption but more studies are needed. To avoid adverse effects or unexpected interactions, talk to your doctor before using perilla oil.

Although there are limited data on the interactions between drugs and perilla oil, because of its effect on blood clotting, those taking medications such as blood thinners should consult with their doctors before consuming perilla oil.

Please consult your doctor if you are pregnant or breastfeeding before taking any supplements.

Perilla oil is available as an oil for cooking or as an essential oil or as capsules.

The main active component of perilla oil, alpha-linolenic acid, is also available as a supplement, in the form of capsules.

There is no safe and effective dose of perilla oil for any health purpose because no sufficiently powered study has been conducted to find one. In clinical studies, the range of dosages has been large, from 500-20,000 mg/day.

Fish oil is another good source of omega-3 fatty acids. However, unlike perilla oil, which is high in alpha-linolenic acid, fish oil contains longer-chain omega-3s, especially EPA and DHA [31].

Perilla Oil vs. Other Vegetable Oils

Many vegetable oils are high in polyunsaturated fatty acids, yet they each have a unique distribution of fatty acids. Like perilla oil, flaxseed oil has high levels of alpha-linolenic acid, and both have shown heart-healthy effects of increased EPA and DHA levels [33].