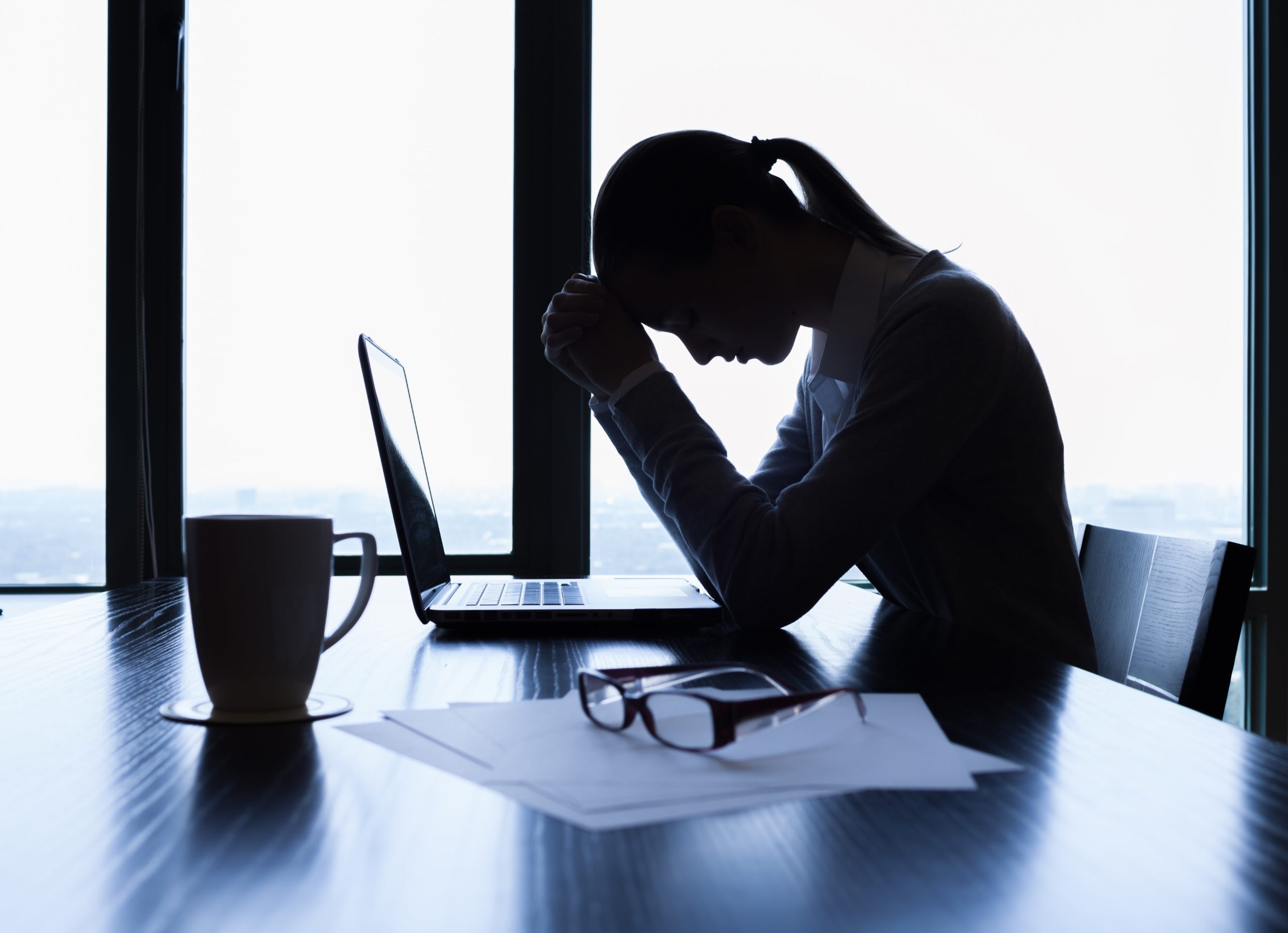 L-Dopa (levodopa) is a drug used in combination with carbidopa to treat Parkinson’s disease, typically prescribed under the brand name Sinemet. This article goes over the safety and potential short- and long-term side effects of L-Dopa, Sinemet, and other carbidopa-levodopa combinations.

Disclaimer: Levodopa is prescribed, usually in combination with carbidopa, to treat Parkinson’s disease. This post provides a summary of the information on its side effects available in the scientific and clinical literature. Please discuss your medications, dietary supplements, and any potential side effects you are experiencing with your healthcare provider.

L-DOPA has been the prime treatment for Parkinson’s disease since the 1960s. It increases dopamine levels in the brain, which provides relief of Parkinson’s symptoms [1].

L-DOPA is administered with carbidopa (also known as SINEMET) for the treatment of Parkinson’s disease. The combination is classified by the FDA as a drug and is available only with a doctor’s prescription.

L-DOPA supplements have not been approved by the FDA for medical use. Supplements generally lack solid clinical research. Regulations set manufacturing standards for them but don’t guarantee that they’re safe or effective. Speak with your doctor before supplementing.

In this article, we’ll go over:

The significant body of research on treatments shows that levodopa is generally safe and well-tolerated. Relevant side effects that have been reported with L-DOPA, Sinemet, and various levodopa-carbidopa combinations include the following:

Life-threatening side effects like Neuroleptic Malignant Syndrome (NMS) are rare but possible [3].

NMS is characterized by fever, high body temperature, altered consciousness, involuntary muscle twitches, and other neurological changes. It has mostly been reported with Sinemet withdrawal or dose reductions [3].

These are observed in later stages of the disease, in which dopaminergic medication leads to abnormal dopamine peaks and hyperstimulation of specific brain mechanisms (mesolimbic system) [15].

L-DOPA treatment has also been associated with an increased risk of osteoporosis and bone fracture in patients with Parkinson’s disease due to the L-DOPA-induced exaggerated blood levels of the amino acid homocysteine (hyperhomocysteinemia). This was reported in a study with 95 patients aged 55 years or older and in another study with 54 patients, which showed decreased bone mineral density in the spine and hip [16, 17].

Long-term treatment with L-DOPA frequently causes abnormal muscle movements in Parkinson’s disease patients. Dyskinesia is normally caused by the depletion of dopaminergic neurons that occurs in Parkinson’s and with age. This has been attributed to both a direct effect in the basal ganglia and excessive release of L-DOPA-derived dopamine in the striatum, a critical brain area in the control of movement [21].

At the molecular level, L-DOPA leads to dyskinesia through the activation of dopamine D1 receptors, which results in the production of dynorphin-B, an opioid peptide [22].

A possible role of serotonin receptors has also been proposed after findings in both rat and macaque models of Parkinson’s [23].

Increased aggression (hostility, impulsiveness) was reported in 1 out of 10 schizophrenic patients [14].

Treatment with L-DOPA is associated with reduced bone density and increased rates of bone fracture in Parkison’s disease patients who have taken the drug over a long period of time. L-DOPA may also cause abnormal muscle movements.
8 Ways To Use Your DNA & Optimize Your Health

The role of oxidative stress in aging and in diverse brain diseases is substantially documented. Therefore, researchers have been focusing on the development of antioxidant therapies that might improve cell damage.

In human dopaminergic cells, L-DOPA showed a protective effect regarding the production of reactive oxygen species and their toxic effects on DNA [24].

However, L-DOPA induced hydrogen peroxide production in a study with neuron cells [25].

This result is in line with other research showing that the conversion of L-DOPA to dopamine gives rise to other compounds involved in oxidative stress, including quinones, semiquinones, and hydrogen peroxide [24, 26].

Furthermore, the pro-oxidant effects of L-DOPA can also be explained by the induction of programmed cell death (apoptosis) [27].

In rats, administration of L-DOPA increased oxidative damage in the brain, a key step in the development of several diseases [28].

Levodopa’s interaction with oxidative stress is complex and not fully understood. It appears to have both antioxidant and pro-oxidant effects.

Levodopa is a potent compound that may produce negative results alongside its potential benefits.

Alpha-methyl-para-tyrosine (AMPT), a chemical that blocks catecholamine production, increases sleepiness and mildly increases negative mood and anxiety in healthy men. Treatment with L-DOPA reversed the negative effects of AMPT on alertness and mood in 41 healthy men [29].

Additional studies demonstrated that L-DOPA failed to improve depression and anxiety in Parkinson’s disease. In fact, it may even worsen symptoms, via disruption of noradrenaline and serotonin systems [31, 32].

The effect of L-DOPA on serotonin is well documented. Research shows that L-DOPA may disrupt the release of serotonin, and decrease its levels outside the neurons. This would affect the efficacy of antidepressants that increase extracellular serotonin levels (selective serotonin reuptake inhibitors) [33].

A similar increase in anxiety was reported in rats treated over 28 days with L-DOPA [34].

L-DOPA may have a short-term benefit to depression and anxiety in Parkinson’s patients, but its effect does not appear to last over the longer term (over a year).

L-DOPA usage is not recommended with a substantial number of drugs, such as:

Nicotine reduced the blood levels of L-DOPA in 6 of 8 healthy subjects. In addition, the study suggested that nicotine may affect L-DOPA cellular transport [46].

We strongly advise against taking levodopa without a doctor’s prescription. Your doctor will help you avoid adverse events and unexpected interactions.

A study in 50 healthy adults over two study weeks showed that the rs1800497 genetic variant of the DRD2/ANKK1 gene might influence the effect of L-DOPA on motor learning. People with this variant have fewer dopamine binding sites in the brain, and L-dopa helps them learn better, while it is less effective in people without this variant [47].

An additional study in 205 healthy male subjects showed that a variant of the DRD4 gene, which codes for the dopamine receptor D4, accounts for differential susceptibility to gambling behavior after single-dose administration of L-DOPA. Specifically, subjects who carry at least one copy of a 7-repeat variant show increased gambling propensity after receiving L-DOPA [48].

The levodopa-carbidopa combination, also known as Sinemet, is the first-line treatment for Parkinson’s disease. It’s considered to be safe and effective for this indication.

Potential side effects include confusion, anxiety, and insomnia, among others. Long-term, levodopa may lead to lower bone mineral density and impulsivity, especially in later stages of the disease.

Please discuss any side effects you may be experiencing with your healthcare provider.