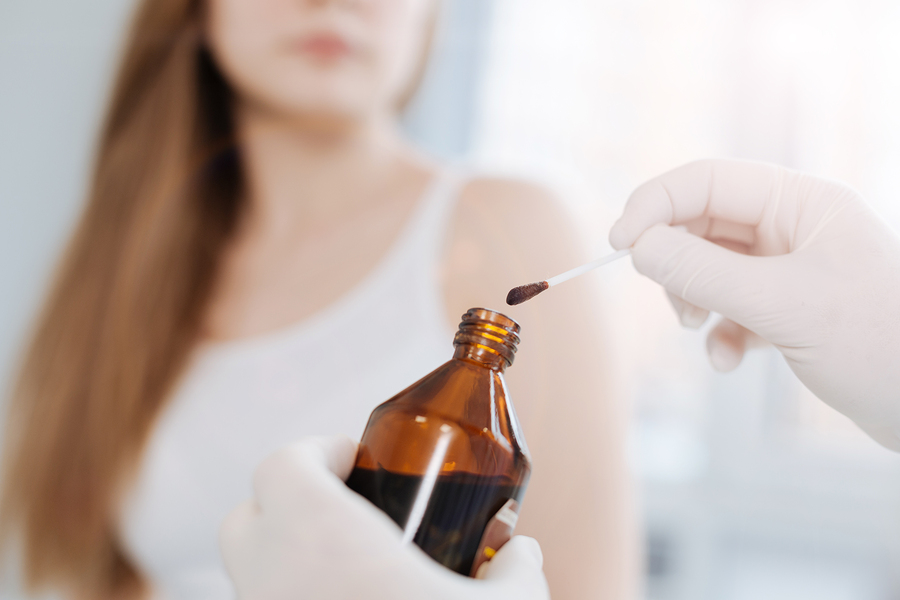 Iodine is required to ensure proper development and metabolism in humans and plays a key role in thyroid health. In this post, we’ll discuss the potential preventative roles of iodine in cancer development, radiation exposure, and wound care. Read on to learn more.

Please note: studies in this section explain the physiological preventative roles of iodine in cancer prevention and discuss preliminary research on its potential therapeutic applications in the future. They should not be interpreted as supportive of the anticancer effects of iodine supplements or any other source of iodine.

At the beginning of the 1990s, a theory has emerged that iodine deficiency or excess may be associated not only with cancers of the thyroid but cancers of the stomach and breast as well [2, 3].

It is explained by the fact that all three types of organs originate from the cells that actively take up iodine in the course of early development. This theory was corroborated by statistical and immunological studies [2, 3].

It also may be explained by the fact that, besides the functions associated with the action of thyroid hormones, iodine also can promote cell death and protect cells from damage by oxygen [4, 5].

The addition of iodine, molecular iodine (I2), and iodolactone to the cell cultures of different types of prostate cancer causes cell death and blocks their growth [6, 7].

Iodine also prevents the damage of fats by oxygen, which may serve as a protective measure against cancer development, especially in the skin [8].

A study carried out in South Korea has shown that eating gim (a species of algae) was associated with lower rates of breast cancer [9].

The addition of 0.1% of iodide or iodine to the treatment of rats with breast cancer leads to cancer cell death [10].

In a study on mice, researchers combined the introduction of engineered stem cells and radioiodine to improve metastatic prostate cancer treatment [11].

Radioactive iodine is often used for treating patients after operations for several types of thyroid cancer. Usually, an isotope called I131 is used. Paradoxically, excess exposure to radioiodine may cause thyroid nodules and cancer [12].

Implantation of radioiodine “seeds” into the tumor in the case of pancreatic cancer was also shown to both block the tumor growth in animals [13].

Seeds containing radioactive iodine I125 added to the cultures of different stomach cancer lines also induced cell death and made them less viable [14].

It should be noted that radioiodine therapy can have significant side effects and even contribute to the development of leukemia [15].

Important: if you’ve been accidentally exposed to radioiodine or any other source of radiation, seek medical attention ASAP. The section below is for informational purposes only and does not encourage self-treatment of radiation exposure.

It is well known that potassium iodide (KI) intake is used in cases of accidental contamination or “leaking” of radioactive iodine into the environment [16, 17].

KI supplementation after accidental radiation exposures is highly recommended and is included in the WHO guidelines. It protects for about 24 hours and should be taken daily until the risk of exposure is gone [18].

KI should not be used as a preventative measure if no radioiodine exposure occurred. Additionally, it’s not effective against general radiation from other sources [19].

Regular iodine competes with radioactive iodine, so the cells take it instead of a dangerous variant [16].

The addition of regular iodine to the culture of thyroid cells after irradiation not only improves their chance of survival, it also prevents the destruction of genetic material inside the cells [16].

It is proposed that besides eliminating its radioactive “competitor”, iodine eliminates dangerous types of molecules generated by irradiation that can potentially damage the DNA [16].

In the case of radiation exposure, people with goiter and other disorders caused by iodine deficiency are at an even greater risk [18].

It should be noted though that meta-analysis of the literature on the topic has not found enough evidence to prove that KI intake after radioiodine exposure may prevent thyroid cancer [20].

Povidone-iodine solution is also used for disinfecting surgical instruments and for preventing infections during surgeries [21, 22].

In some cases, povidone-iodine solutions are better against bacteria that antibiotics – mostly because bacteria develop antibiotic resistance [23, 24, 25].

There is some controversy concerning the efficacy of povidone-iodine, as bacteria develop resistance to antiseptics as well [26].