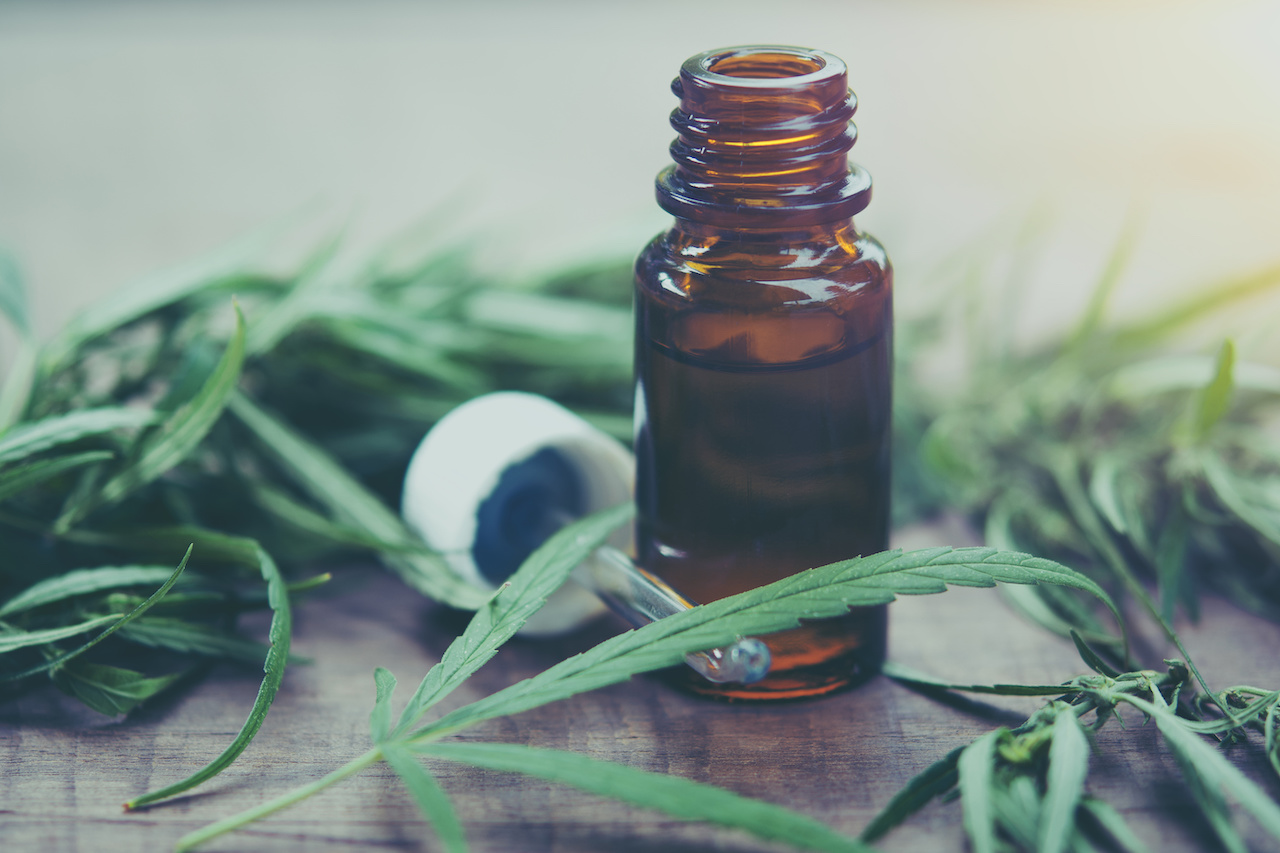 CBD oil is an emerging therapeutic oil obtained from the non-psychoactive cannabis compound cannabidiol. Aside from managing chronic pain, the most popular use for this oil is to curb anxiety. Does CBD oil relieve all forms of anxiety? And how should you take it? Read on to find out.

CBD Oil for Anxiety: Does It Work?

The only FDA-approved use of CBD oil is for reducing epileptic seizures. However, many people take CBD oil for other investigational, non-proven uses [1].

Anxiety comes right after the number one CBD oil use for chronic pain. In a survey on almost 1.5k medical CBD users, approximately one third reported doing so to cope with anxiety [2].

Similarly, almost 60% of medical cannabis users reported reduced anxiety in a survey on almost 12k people. The best results were reported after smoking varieties rich in both CBD and THC. According to another survey on over 400 people, cannabis varieties viewed as most effective had high THC (but not CBD) levels [3, 4].

Many people use both pure CBD oil and various cannabis strains to cope with anxiety.

This leaves us with the question: does CBD oil alone relieve anxiety or do you need to take cannabis strains with a mix of CBD and THC to experience the benefits?

Let’s look at the science of CBD first to figure it out.

Effects of CBD on the Body

Research has revealed several mechanisms by which CBD may help curb anxiety. Because most of the studies used animals or cells, CBD may not act by the same mechanisms in humans.

CBD activates the same serotonin receptors (5HT1A) as some anti-anxiety drugs. In fact, CBD and a 5HT1A activator (ipsapirone) reduced anxiety with similar effectiveness in a clinical trial [5, 6+, 7].

Animal studies reveal that CBD may reduce anxiety and panic attacks by activating the same serotonin receptors as some anti-anxiety drugs.

The endocannabinoid system is made up of two receptors: CB1 and CB2. The cannabinoids you naturally produce, including the “bliss molecule” anandamide, bind to them. CB1 activation is important for reducing anxiety, especially during periods of high-stress [14+, 15, 16, 17].

Unlike THC, CBD is unlikely to directly bind to CB1 and blocks rather than activates this receptor. However, it indirectly increases cannabinoids in the body by blocking FAAH, the enzyme that breaks down and removes anandamide [18, 19, 20, 21, 22].

Stress rapidly increases anandamide breakdown in the brain – particularly in the amygdala, which stores fear memory. Reducing anandamide breakdown – both via blocking FAAH and affecting the activity of genes – curbs anxiety and reduces sensitivity to stress [26, 27, 28, 29, 30, 31, 32, 33, 34].

CBD oil reduces the breakdown of anandamide, the natural cannabinoid bliss molecule. This might explain its anxiety-relieving, relaxing effect.

3) May Increase the Birth of New Brain Cells

Loss of cells in the hippocampus, the brain’s hub for memory and emotions, is associated with anxiety disorders [35, 36].

CBD increased the birth of new brain cells or neurogenesis in the hippocampus and reduced anxiety in chronically-stressed mice. The effect was amplified by anandamide’s CB1 stimulation [37+, 38, 39, 40].

Receptors for the TRPV1 protein are best known for sensing pain and cold. Scientists recently discovered that TRPV1 is also a stress-response protein: it increases the brain’s response to stressful situations, while blocking TRPV1 reduces anxiety [41].

The same mechanism may explain why only moderate CBD doses curb anxiety. On the other hand, high doses of CBD (or a synthetic cannabinoid) triggered anxiety in rats, which can be prevented with TRPV1 blockers [44, 45, 46].

CBD had no effect on behavior, mood, anxiety, and reactions to emotional stimuli in a clinical trial on 38 healthy, unstressed people [47].

CBD was ineffective in unstressed rats and mice, but reduced the anxiety caused by stressful situations such as [49]:

All in all, limited evidence suggests that moderate CBD doses reduce anxiety from stressed situations. Further clinical research should test how to use CBD oil therapeutically for this purpose.

CBD oil may relieve anxiety in stressful situations, but it won’t make you feel more relaxed if you’re not under stress.

CBD relieved anxiety in ~80% of 72 people with various anxiety and sleep disorders in a large case series [57].

In healthy rats, CBD increased social interaction in a similar way to the anti-anxiety drugs benzodiazepines [60].

Additionally, it reduced anxiety and sleep disturbances in rats with PTSD and panic attacks caused by the exposure to danger and chronic stress [63, 64].

CBD reduced compulsive behavior and reversed the effects of two OCD-inducing compounds – the cannabinoid THC and the serotonin activator mCPP – in mice and rats [65, 25, 66, 67].

One therapy for anxiety called “fear extinction” involves exposing people to their anxiety triggers in a safe context. CBD enhanced fear extinction in a clinical trial on 48 people and a study in rats, suggesting it may be a valuable add-on [68, 23].

Another technique called exposure therapy is just what it sounds like: people are repeatedly exposed to their anxiety triggers. It only resolves anxiety in 30-50% of people. A clinical trial is underway to investigate if CBD improves the effectiveness of exposure therapy in people with social phobia and panic disorder with agoraphobia [69].

To sum up, a few clinical trials and animal studies suggest that CBD oil may help with anxiety disorders such as social phobia, PTSD, and OCD. However, the evidence is insufficient and more clinical research is needed to confirm these preliminary results.

CBD oil may improve various anxiety disorders, including social phobia. It may help with PTSD and OCD too, though the evidence is limited.

THC is notorious for increasing anxiety in some people. In 2 old trials on 48 people, CBD blocked the anxiety-promoting effects of THC [70, 71].

Similarly, CBD reduced anxiety and heroin craving in a clinical trial on 42 addicts [73].

CBD reduces anxiety from THC in heavy cannabis smokers; It might also reduce withdrawal anxiety from addictive drugs, but the evidence is limited.

Fragile X syndrome is a genetic disorder that causes increased anxiety, behavioral disorders, and intellectual disability. CBD oil as an add-on therapy improved anxiety and other symptoms in three people with this condition [77].

Children with autism often suffer from anxiety, sleep disorders, aggressiveness, self-injury, and hyperactivity. CBD oil improved all these symptoms in a clinical trial on 53 autistic children, relieving anxiety in half of the children. Its effectiveness was comparable to SSRI anti-anxiety drugs [79].

Again, the evidence to support the benefits of CBD in children with autism is insufficient. More clinical trials on larger populations are required.

Because CBD oil is not approved for anxiety, there is no official dose. Users and supplement manufacturers have established unofficial doses based on their experience.

The oral CBD doses used in clinical trials were:

The right dose for you will also depend on your body weight, tolerance to CBD, and the formulation.

Consult with your doctor before using CBD oil for anxiety and never take it in place of what your doctor recommends or prescribes. Start with a low dose and track your response. Increase it gradually if you tolerate it well until you achieve the desired effects.

Your form of choice may depend on the type of your anxiety [80+]:

In addition to choosing a CBD oil adjusted to your budget, you should also evaluate the product quality. Read here about how to choose the best CBD oil in detail.

Out of various factors, CBD content is the most important one: make sure that the oil contains enough CBD, clearly stated on the label. You should also check the THC content: high amounts can cause anxiety.

CBD oil from hemp is legal in most states, but read through this post to make sure you’re not breaking any laws.

How Long Does It Take to Work?

The time until you notice anxiety-curbing effects will depend on the delivery method, which determines the rate at which CBD is released into your bloodstream. You can expect the effects to start kicking in after approximately [80+, 81]:

Some people took CBD oil for anxiety from painful conditions such as fibromyalgia, IBD, and back pain. Users were normally satisfied and most of them reported that the oil relieved their anxiety. This effect was often accompanied by improved sleep quality.

In some cases, the users complained that CBD oil didn’t work for them. Two even reported that it made their anxiety worse.

The most common adverse effects included fatigue, depression, drowsiness, and changes in appetite. Depending on the brand and form of supplementation, some users complained about its high price, poor customer service, and weird taste.

CBD oil is a gentle, natural, and safe potential anti-anxiety remedy for people under stress.

Many people use medical cannabis for anxiety, but its THC content can make things worse. CBD in cannabis may lower the anxiety-provoking effects of THC, but only to an extent.

Pure CBD oil might be a better solution for most people. Similar to anti-anxiety drugs, CBD boosts the “happiness hormone” serotonin. It also increases the natural cannabinoid bliss molecule anandamide, which may lower fear response.

Limited scientific research supports the use of moderate CBD oil doses for a range of anxiety disorders and stressful situations, although the evidence is insufficient in most cases. You may use capsules with high-quality CBD oil for a sustained effect.

8 Claimed Benefits of Monolaurin + Side Effects