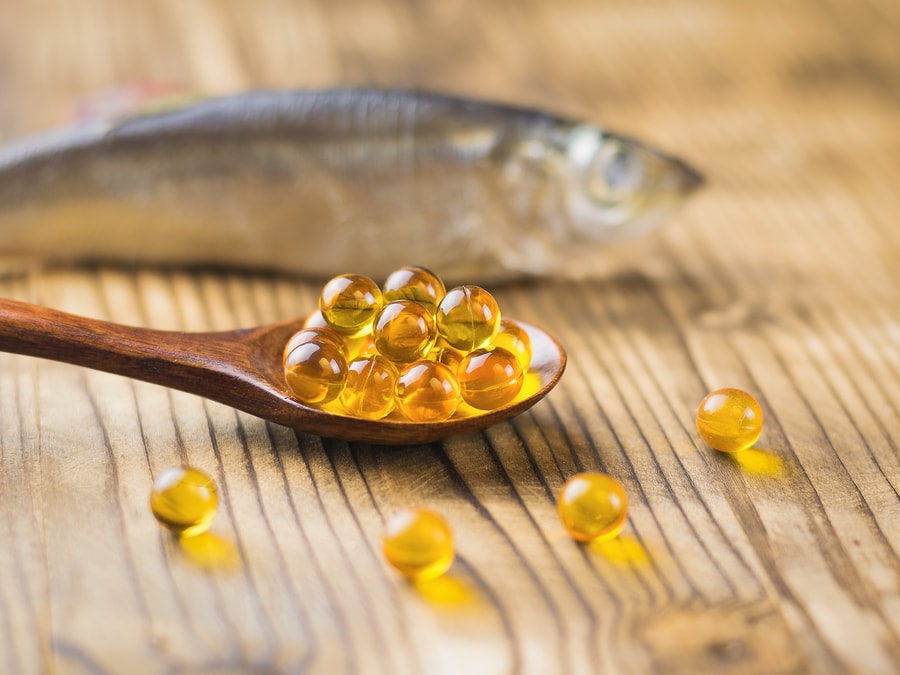 Cod liver oil is a popular all-around health supplement, but just how safe is it? Analyses indicate that fermented cod liver oil might be rancid. Some data also suggest that high doses of regular cod liver oil may lead to vitamin A overdose and vitamin E deficiency. Get the research facts in this post.

A high intake of cod liver oil has been associated with some health risks. Because the link was often found in cohort studies, this doesn’t necessarily mean that cod liver oil caused these conditions.

However, caution is advised, particularly in sensitive populations (children, pregnant women, the elderly, and critically-ill).

Additionally, cod liver oil supplements have not been approved by the FDA for medical use. Supplements generally lack solid clinical research. Regulations set manufacturing standards for them but don’t guarantee that they’re safe or effective. Speak with your doctor before supplementing.

1) Vitamin A and D Ratio Imbalance

Some researchers oppose the use of cod liver oil due to a risk of vitamin A overdose with vitamin D deficiency. While this ratio imbalance may explain the discrepancy between data on cod liver oil’s effect on bone mineral density, the vitamin A content in cod liver oil was recently reduced by 75% in Norway [1].

A study of 60,000 Norwegians associated the consumption of fish and cod liver oil with an increased incidence of thyroid cancer. Since thyroid follicle cells are sensitive to vitamin D, the improper ratio of vitamin A to D is a possible factor [2, 3].

A study of over 3,000 women in Norway associated cod liver oil intake during childhood with lower bone mineral density. The authors speculated that a decrease in vitamin A levels in cod liver oil may prevent this effect, as high vitamin A level increases the risk of bone fractures [5, 6, 7, 8].

However, multiple studies came to opposite findings. This might be due to a recent reduction in vitamin A levels in cod liver oil, which may help restore the balance between vitamin A and vitamin D [6, 9, 10].

The effects of cod liver oil on blood clotting are inconclusive. Some studies found this oil increased bleeding time, while others failed to observe this effect [11, 12, 13, 14, 15].

High doses of cod liver oil may increase the risk of excessive bleeding, vitamin A overdose, and vitamin D deficiency. However, the data remain inconclusive and safety seems to vary among products depending on their vitamin levels.

To help avoid interactions, your doctor should manage all of your medications carefully. Be sure to tell your doctor about all medications, vitamins, or herbs you’re taking. Talk to your healthcare provider to find out how cod liver oil might interact with something else you are taking.

Cod liver oil could interact with the following drugs and supplements:

The Dosage of Cod Liver Oil Determines Its Safety

The following daily doses have been safely used in clinical trials:

Since cod liver oil is a source of vitamins A and D, the recommended daily allowances (RDAs) of these vitamins should not be exceeded. The amount of cod liver oil this amounts to may vary from one product to the next.

Cod liver oil is also likely safe in children, and breastfeeding and pregnant women if vitamin A and D intakes are within the RDAs.

According to one clinical trial, a daily dose of 10 mL of cod liver oil (containing vitamin A 1170 mcg and vitamin D) by mouth was safe from week 17 of pregnancy, through delivery, and or 3 months during breastfeeding [20].

Taking doses of cod liver oil that contain more than the Tolerable Upper Intake Levels (ULs) of vitamins A and D is likely unsafe. This would amount to [17, 18] :

Vitamin A and D RDAs should not be exceeded with cod liver oil supplements in any population. Check the label and consult your healthcare provider if unsure.

The Importance of Quality Testing

If you decide to supplement, it’s important to buy cod liver oil from trusted brands. Manufacturers of high-quality cod liver oil supplements provide detailed third-party test results on parameters such as vitamins and fatty acid content, dioxins and PCBs, and heavy metals. Data on the rancidity and oxidation by-products of the supplement should also be made available.

A scandal in 2015 brought attention to one popular brand called Green Pastures that didn’t meet these standards, misleading consumers, and potentially putting them at a significant health risk.

This came as a surprise, as proponents previously claimed that Green Pastures produced the only truly “traditional” fermented cod liver oil. It quickly became a favorite in the paleo community, despite its undoubtedly bad, burning taste and dark color.

Dr. Kaayla Daniel detailed the results of her independent “underground” analysis of Green Pastures Fermented Cod Liver Oil (commonly branded as Blue Ice). Due to the nature of the experiment, her results have not been published in the scientific literature but are available online. She claims to have run an unbiased scientific analysis in her search for the truth behind popular fermented cod liver oil claims [21].

On the other hand, there is no way to know how she controlled for some factors as part of her analyses, who did the analyses (this is marked as confidential data), and how accurate and adequate the chosen tests were to identify certain cod liver oil quality parameters.

In 2015, Dr. Kaayla Daniel conducted a “secret” analysis of Green Pastures Fermented Cod Liver Oil, suggesting that its contents don’t match the label. Although informative, her analysis has major limitations and her results haven’t been published in peer-reviewed journals.

With this in mind, let’s take a look at what she discovered.

First of all, the analysis indicated that Green Pastures Fermented Cod Liver Oil probably wasn’t fermented at all. Here’s why [21]:

Next, Green Pastures Fermented Cod Liver contained significantly lower levels of fat-soluble vitamins than cod liver oil should. Plus, the report suggests that it probably doesn’t contain vitamin D2 but only contains D3, which is typical of cod liver oil (unlike the company claimed) [21].

Additionally, the product contained very low levels of all forms of vitamin K. Specifically, its vitamin K2 levels were 17-19 ng/g. That’s in nanograms per gram, equivalent to about 1.7 micrograms/100 g. Chicken, which is not among the best K2 sources, contains about 14-32 micrograms/100g [22].

The most concerning discovery? This product seemed to be rancid. Analyses showed the following:

These results should be taken with a grain of salt, though. As mentioned, free fatty acid and peroxidase levels are not an accurate measure of rancidity in fish oils. More reliable and sensitive tests are needed.

Another concerning fact is that the supplement appeared to contain about 3% trans fats. Cod liver oil, by all standards, should not contain trans fats. This means that their product may have been adulterated with another, unknown oil (such as processed vegetable oil).

Lastly, the data on the levels of biogenic amines were conflicting.

Green Pastures Cod Liver Oil seemed to contain much lower levels of fat-soluble vitamins. Contradictory analyses suggested extreme rancidity, but this is questionable since it’s still uncertain how long-term rancidity should be tested for.

Is it Cod At All?

Dr. Kaayla Daniel’s analyses indicated that Green Pastures Fermented Cod Liver might not be made from cod at all. Its vitamin levels, omega-3 fatty acid ratio, and DNA profile closely matched Alaskan pollock, not cod.

For example, arctic cod liver should contain far less EPA than DHA (the EPA:DHA ratio is usually 6:10 or 9:14). Analyses reported on the Green Pastures website and those of independent testing companies are close enough and point to an exceptionally high EPA to DHA ratio (13.5:6.5 and 16.2:7.4).

If this wasn’t enough, Dr. Kaayla Daniel claims that, based on DNA analysis showed, the liver is “100 percent Alaskan pollock.”

One DNA analysis indicated that Green Pastures Cod Liver Oil may, in fact, be Alaskan pollock.

Although valuable, this investigation opens more questions than it answers.

We need more unbiased, in-depth research about the safety of fermented and fresh cod liver oil. When it comes to fermented cod liver oil, high-quality scientific data are especially lacking. Both lab-based and human studies are needed.

Raw cod liver oil is likely safe when taken by mouth at about 10 to 15 mL daily.

If you decide to supplement, be sure to consult your healthcare provider and ask manufacturers for quality certificates.