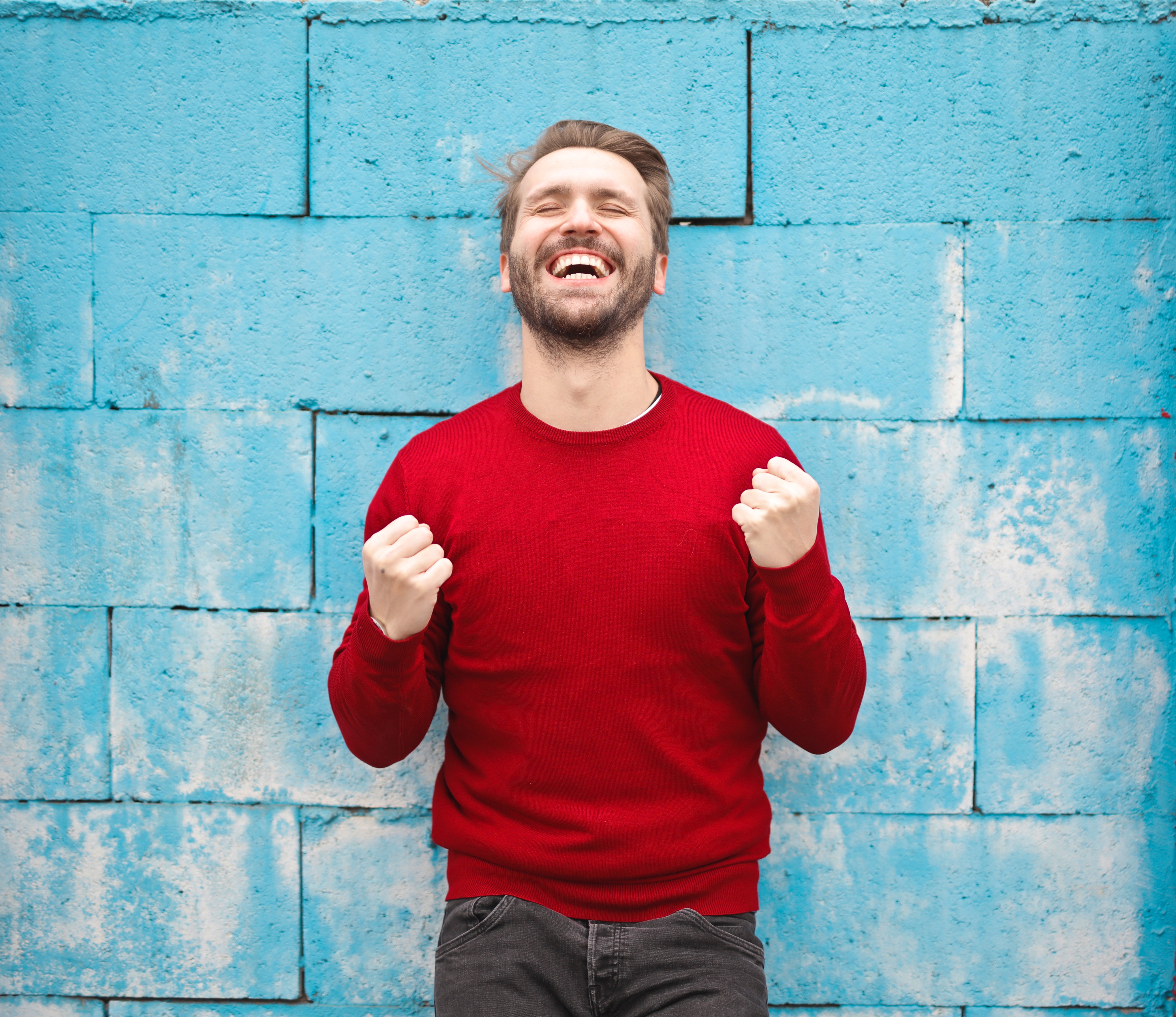 Vitamin K is a crucial nutrient for calcium metabolism, bone health, blood clotting, heart health, and more. K2 is the form present in animal and fermented foods. As a supplement, vitamin K2 may help with osteoporosis, heart disease, inflammation, and more. Read on to learn the benefits, side effects and food sources of vitamin K2.

What is Vitamin K2?

Vitamin K2, also known as menaquinone, is involved in blood clotting, bone health, and the regulation of some cellular functions in the human body [1].

Vitamin K2 is also important for regulation of cell growth, and maintenance of the arterial wall [2].

Vitamin K2 in the form of MK-7 has a much longer half-life than the synthetic K1, which means it stays in your system for longer [3].

Vitamin K1 comes from plant sources, while animal foods and some fermented products contain K2. Humans can partly convert vitamin K1 to K2 and produce K2 with the help of probiotics [3].

Vitamin K is a cofactor for γ-glutamyl carboxylase, which enables carboxylation of glutamic acid to γ-carboxyglutamic acid.

This reaction makes it possible for proteins to bind calcium, which in turn is important in blood clotting (coagulation). Calcium binding is also an integral part of bone health and strength [4].

However, in mice liver cells, it wasn’t able to replace all the functions ubiquinone [6].

In a fly model of Parkinson’s, K2 was able to help by improving the mitochondria.

Vitamin K2 with an electron has anti-oxidant properties [7] and can prevent glutathione depleted neuronal death in cultured neurons [8].

Vitamin K2 is the principal form of vitamin K that the brain uses.

Vitamin K2 (MK-4) was found to represent greater than 98% of total vitamin K in the brain, irrespective of age [9].

Vitamin K’s effects are hypothesized as a result of “sphingolipid metabolism” [9].

Important: this post will focus specifically on the benefits of vitamin K2. Another form of this vitamin, K1 or phylloquinone, is used for:

In order for the bones to take in calcium, they need osteocalcin to bind calcium, which is released by bone cells (osteoblasts) [16].

Vitamin K2 deficiency can lead to arterial defects and osteoporosis as calcium gets deposited in the blood vessels instead of the bones. Low levels of Vitamin K were alos linked to increased inflammation, fractures, and bone pain [2, 19].

According to a review of eight smaller Japanese clinical trials, vitamin K2 supplementation increases bone mineral density (BMD) and lowers the incidence of fractures in postmenopausal women with osteoporosis [20].

However, a much larger trial of over 4,000 older Japanese women found only minor benefits of K2 supplementation. It reduced the risk of spine fraction only in women with advanced osteoporosis [21].

A recent update warned about low-quality trials in older reviews with positive results and suggested further investigation. Another limitation is that all studies were done on Japanese women [22].

Vitamin K is an essential nutrient for bone strength. Vitamin K2 supplementation may help with osteoporosis in postmenopausal women, but the effects are mild.

There’s an association between higher intake of vitamin K2 and lower risk of heart disease. For every 10 micrograms of K2 consumed per day, the incidence of heart disease was reduced by 9% in a comprehensive trial of over 16,000 women [23].

Vitamin K2 prevents calcium from being deposited in the arteries and causing atherosclerosis, which is a major risk factor for heart disease [24].

In a study of 4,800 participants, people with the highest intake of Vitamin K2 were 52% less likely to develop calcification of the arteries; they had a 57% lower chance of dying from heart disease, over a 7-10 year period [25].

According to a review of 27 clinical trials and over 12,000 participants, vitamin K supplementation significantly improves the calcification of blood vessels but doesn’t improve their stiffness. Additionally, some studies used vitamin K1 [26].

Optimal intake of vitamin K2 may help prevent heart disease, but the effects of supplementation are less convincing and require further investigation.

No valid clinical evidence supports the use of vitamin K2 for any of the conditions in this section. Below is a summary of up-to-date animal studies, cell-based research, or low-quality clinical trials which should spark further investigation. However, you shouldn’t interpret them as supportive of any health benefit.

High Vitamin K levels were associated with lower inflammation rates and CRP values in a study of over 1,300 participants [27].

A study of 380 women had similar results but failed to confirm the benefits of supplementation [28].

Vitamin K2 administration had beneficial effects in an animal model of multiple sclerosis [30].

More research is needed to evaluate the beneficial effects of K2 supplementation on inflammatory and autoimmune conditions.

Higher vitamin K2 (but not K1) intake was linked to 63% lower rates of advanced prostate cancer in a trial of 268 patients [31].

An increase in dietary intake of vitamin K (both K1 and K2) was associated with two times lower cancer mortality in over 7,000 study participants [32].

According to a review of 6 clinical trials and 930 patients, vitamin K2 supplementation may improve overall survival and reduce recurrence of liver cancer after surgery. However, the beneficial effects we seen only after 2- and 3-year follow-up [33].

Larger, well-designed trials are needed to investigate the potential anticancer effects of vitamin K dietary intake and supplementation. At this point, K2 supplements can’t be recommended for cancer treatment or prevention.

An increase in dietary intake of vitamin K was associated with a reduced risk of dying from all causes in a Mediterranean population at high cardiovascular disease (n=7216). Further research is warranted [32].

Some hypothesize that vitamin K can help with varicose veins. However, the study most people are citing doesn’t say vitamin K2 helps.

The study says that there is increased MGP (Matrix GLA Protein) in varicose veins as a result of calcification in the blood vessels, and it’s thought that this contributes to varicose veins [35, 36].

On the other hand, MGP is a strong inhibitor of vascular calcification when it’s carboxylated [37].

Vitamin K2, but not K1, is needed to carboxylate MGP, which helps avoid calcification in the arteries [37].

Vitamin K2 Side Effects and Precautions

Vitamin K2 supplements are generally safe, well tolerated, and suitable for long term consumption. They may cause only minor digestive side effects in some patients [38].

Nutrient-drug interactions can be dangerous and, in rare cases, even life-threatening. Always consult your doctor before supplementing and let them know about all drugs and supplements you are using or considering.

Population-based studies have linked a high dietary intake of preformed vitamin A (retinol) to a greater risk of osteoporosis and hip fracture [40].

This is because vitamin A competes with Vitamin K2 and Vitamin D3, both of which are important for bone health.

Broad-spectrum antibiotics can contribute to K2 deficiency as a result of killing bacteria that produce K2 [41].

If you are taking a bile acid sequestrant such as cholestyramine, that will increase your need for K2, since K2 is absorbed in the bile [7].

Other risk groups include:

K2 is generally higher in the fat of animals, especially those that are grass fed. K1 is found in plants.

Dietary intake of vitamin K2 accounts for up to 25% of total vitamin K intake [46].

Humans can partly convert vitamin K1 to K2 in the body, but the conversion process is inefficient.

Vitamin K2 is also produced by gut bacteria in the large intestine [47].

Here are the levels of K2 from animals in the US that aren’t grass fed. Japan has higher values for all of these foods, while the Netherlands is mixed.

If you want to find out how to use these vitamin K rich foods to make healthy and delicious meals check out the Lectin Avoidance diet and its cookbook.

Other general categories of food:

What Is Lanolin + 4 Interesting Cream/Liquid Uses

19 Potential Benefits of Glutathione + Side Effects