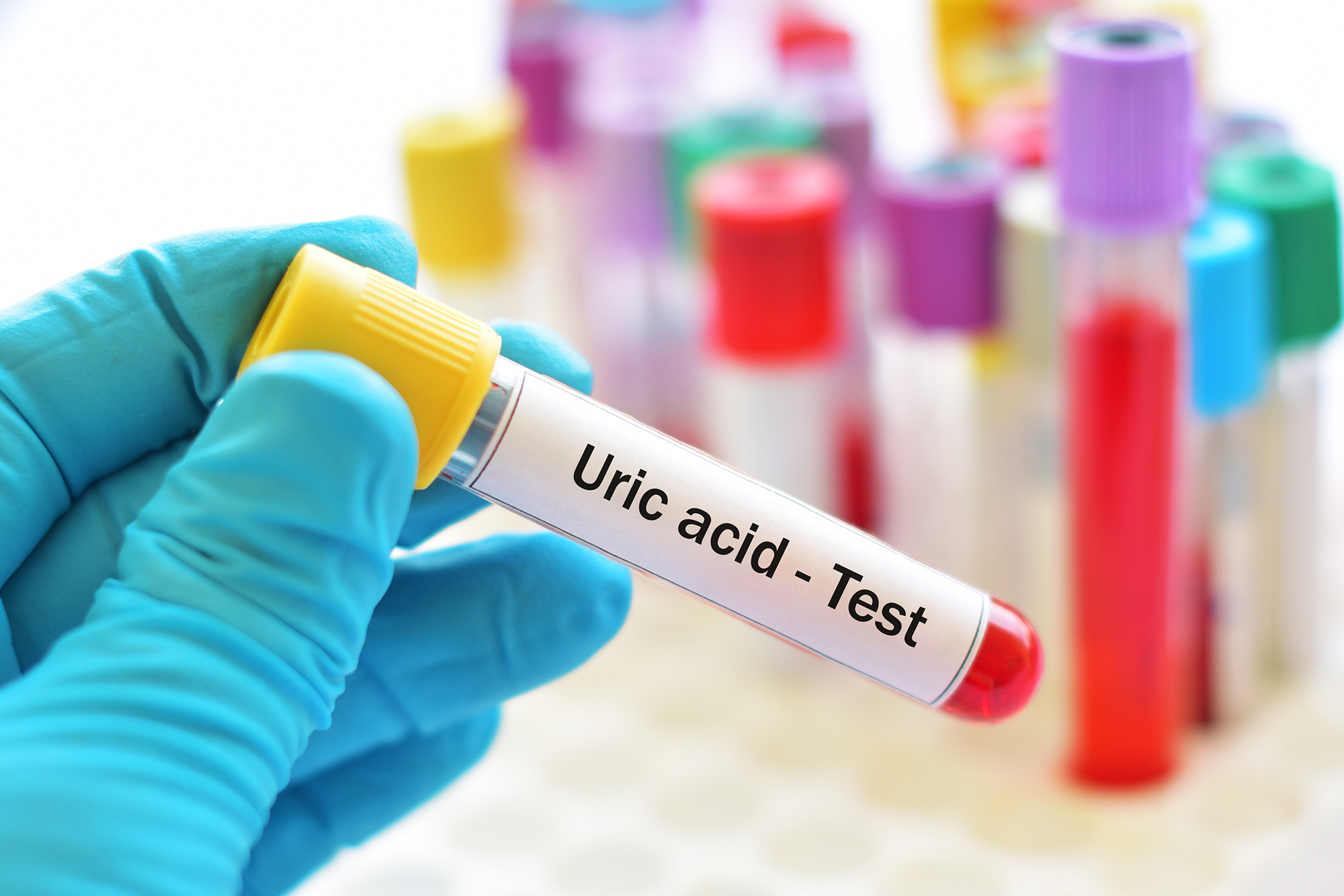 With the exception of some rare genetic diseases, these genes and their respective SNPs have only been associated with uric acid levels.

That does not mean having them will necessarily make you more likely to have how or low uric acid levels. More work is needed before we determine whether and how much they may increase a person’s risk of abnormal uric acid status.

It’s equally important to note that just because certain genotypes are associated with a disease, it doesn’t necessarily mean that everyone with that genotype will actually develop the disease! Many different factors, including other genetic and environmental factors, can influence the risk of gout and other diseases.

The SLC2A9 gene encodes the glucose transporter 9 protein (GLUT4). It transports fructose and aids in the reabsorption of filtered urate by proximal tubules in the kidney. Loss-of-function mutations in this gene can cause hereditary hypouricemia due to reduced urate absorption [1].

The following SNPs in this gene have been studied:

More research is needed to verify these associations, which are still largely experimental.

The ABCG2 gene encodes a multifunctional transporter that belongs to the ATP-binding cassette family and controls the export of various compounds including urate using ATP [19].

Limited studies suggested the following associations, which have yet to be confirmed in large-scale investigations:

The SLC22A12 gene encodes a protein that is a member of the organic anion transporter (OAT) family, and it transports urate. Found in the epithelial cells of the proximal tubule of the kidney, this protein helps control the amount of urate present in the blood.

This gene is thought to be the major luminal pathway for urate reabsorption in humans and mutations have been associated with raised blood urate levels and decreased fractional urate excretion in limited studies [25].

The SLC22A11 gene encodes a protein that is involved in the transport and excretion of organic anions. It also aids in the reabsorption of uric acid on the apical membrane of the proximal tubule in the kidneys [28].

The SLC17A1 gene encodes a sodium-dependent transporter that helps transport glucose and other sugars, bile salts and organic acids, metal ions and amine compounds, as well as urate. It was also associated with a higher risk of gout and hyperuricemia in some studies, but more research is needed [30].

SLC17A3 Gene – Transporter That Transports Intracellular Urate Out of the Cell

The SLC17A3 gene encodes a voltage-driven transporter that transports intracellular urate and organic anions from the blood into kidney tubule cells [34].

UMOD Gene: The Protein That Helps Control The Amount of Water in Urine

The UMOD gene encodes uromodulin, a protein that is highly abundant in urine under physiological conditions. Defects in this gene are associated with various kidney diseases including glomerulocystic kidney disease with hyperuricemia [36].

This gene encodes hypoxanthine phosphoribosyltransferase 1, an enzyme that allows cells to recycle purines. Mutations in this gene have been associated with gout or Lesch-Nyhan syndrome [41].