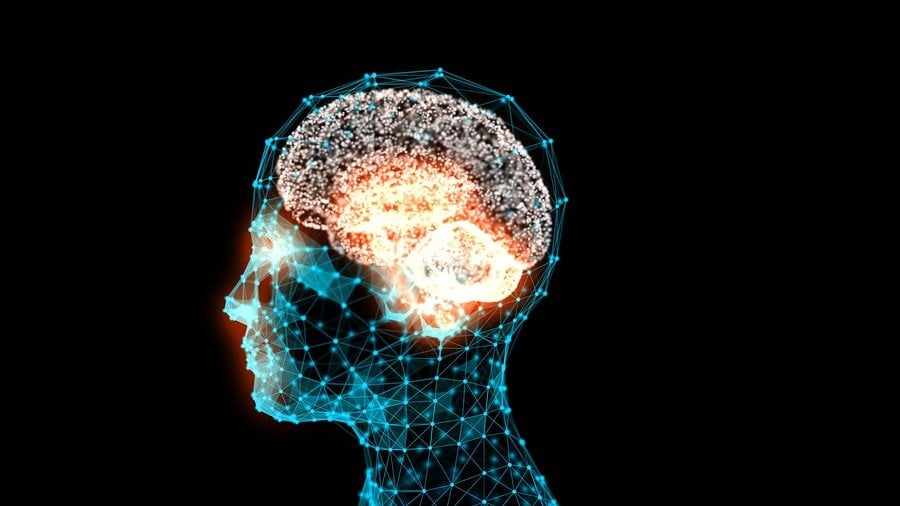 CYP2C19 is an important detox enzyme responsible for clearing approximately 10% of commonly used clinical drugs. High enzyme activity has been associated with depression. Read on to find out more about CYP2C19 function, gene variants, and factors that decrease enzyme activity.

CYP2C19 is one of the cytochrome P450 monooxygenases (CYPs). These are enzymes that eliminate most of the drugs and toxins from the human body [1].

This enzyme is responsible for processing more than 25 clinically important drug groups. It clears about 10% of commonly used clinical drugs that undergo Phase I detoxification [2].

This enzyme is found in the liver. However, it is also active in the fetal brain, with a possible role in brain development [5].

This enzyme participates in converting arachidonic acid to epoxyeicosatrienoic acids (EETs). EETs have beneficial effects on the heart and blood vessels.

Low enzyme activity was associated with heart disease in a study of 162 subjects [10].

High CYP2C19 activity was associated with depression and smaller hippocampus volume in a study of 1418 volunteers [11].

A study of 1472 subjects in Sweden showed that people with high enzyme activity (CYP2C191 carriers) were more likely to be diagnosed with depression than those with defective enzyme function (CYP2C192 carriers) [12].

CYP2C19 deficiency was associated with a lower prevalence of major depressive disorder and lower depression severity in a study of 3848 African-Americans [11].

Among 209 people with depression who had attempted suicide, those with high enzyme activity showed higher suicidality [11].

Mice with high enzyme activity have impaired serotonin and BDNF production in the hippocampus [11]. 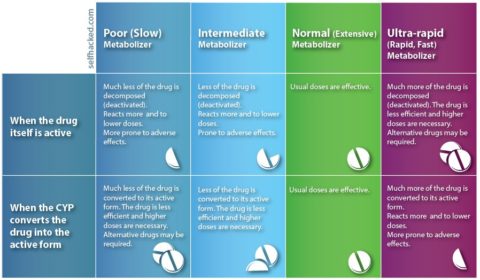 Based on the variants they carry, individuals can be categorized as:

CYP2C19 poor metabolizers (low enzyme activity) have an increased risk of heart disease, correlated with an increase in the circulating levels of CRP in women (162 subjects) [10].

Poor metabolizers have an increased risk of side effects associated with CYP2C19-metabolized drugs like sertraline [3].

On the other hand, ultrarapid metabolizers have an increased risk of being refractory (resistant) to proton pump inhibitor (PPI) therapy (meta-analysis, 19 studies) [14].

Plavix (clopidogrel) is less effective in people with this variant. Therefore, they are at higher risk of developing heart damage (559 and 523 patients) [7, 16].

Plavix (clopidogrel) is less effective in people with this variant. They are at higher risk of developing heart damage (559 subjects) [7].

The frequency of this variant ranges from 3-21% [13]. It is more frequent in Mediterranean-South Europeans and Middle Easterns [15], and less frequent among Asians [17].

This variant protects against recurrent heart damage. People with this variant have greater therapeutic responsiveness to Plavix (clopidogrel) but they have an increased risk of developing bleeding (meta-analysis, 11 studies) [18].

The following factors were found to decrease CYP2C9 activity in laboratory or clinical settings. We recommend against taking supplements or making lifestyle changes to affect CYP2C9 activity. Talk to your doctor before making any significant changes to your diet, lifestyle, or supplement regimen.

The Role of CRH in Negative Health Effects of Stress