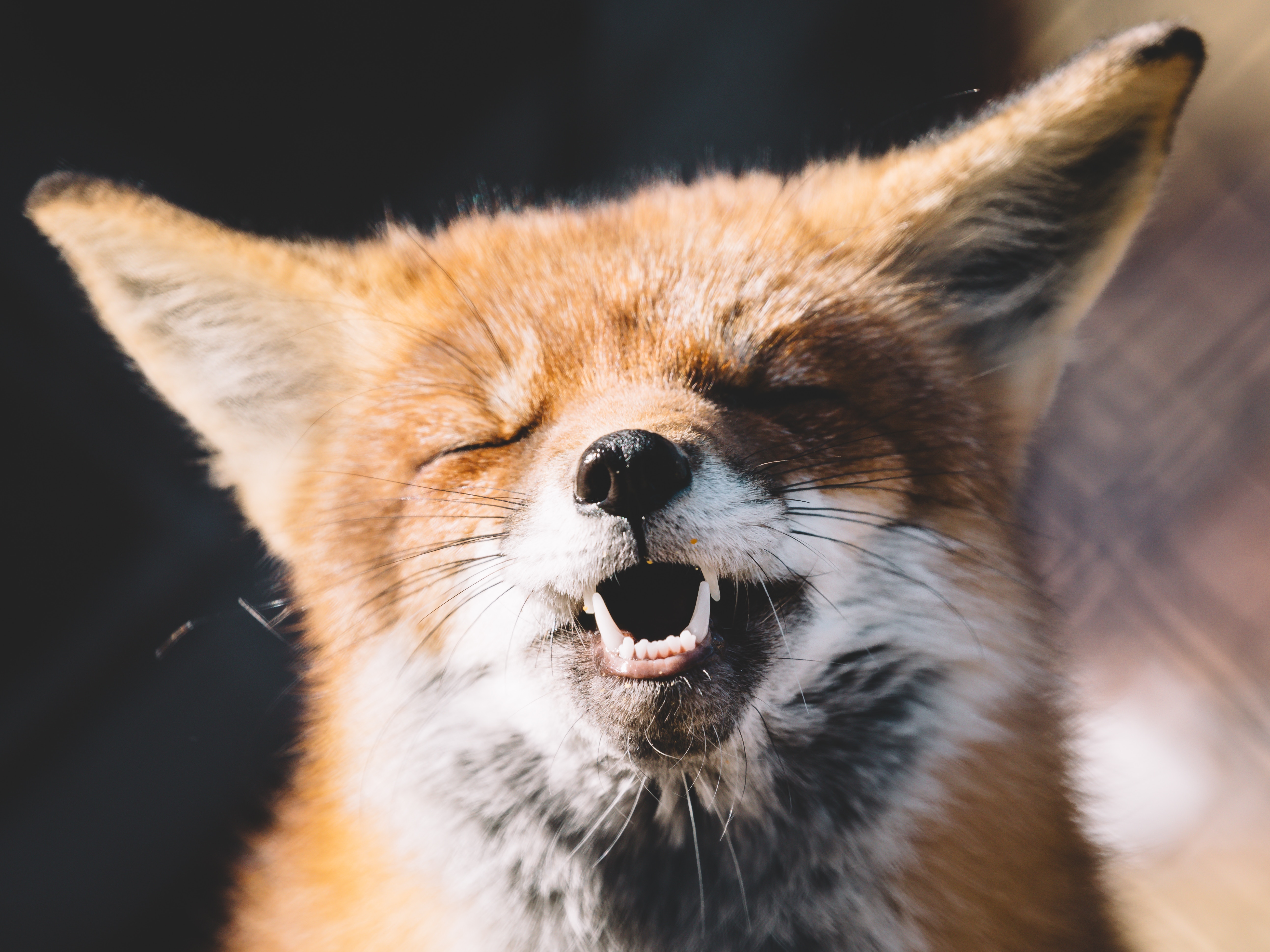 Believe it or not, serotonin can act both as a neurotransmitter and a hormone. It is important for both mental and physical wellbeing. Serotonin can affect everything from mood and behavior to gut and heart health to blood vessel function. Low levels of serotonin have been associated with mood disorders, migraines, and gut issues. Read on to discover some of the foods and other factors that may boost serotonin levels naturally.

Serotonin is an important signaling molecule throughout the brain and body. It is commonly known as the “happiness neurotransmitter” or the “happiness hormone” due to its prominent role in regulating mood.

Serotonin plays an important role in the brain, where its main job is to transmit messages between nerve cells. According to some scientific theories, serotonin is involved in all aspects of human behavior [1, 2].

When to see a doctor

If your goal is to increase serotonin to improve your mood-related issues—including those of depression or anxiety—it’s important to talk to your doctor, especially your mood is significantly impacting your daily life.

Major mood changes, such as excessive sadness, persistent low mood, euphoria, or anxiety, are all reasons to see a doctor.

Remember that the existing evidence does not suggest that low brain serotonin directly causes mood disorders. Complex disorders like depression always involve multiple possible factors—including brain chemistry, environment, health status, and genetics—that can each vary significantly from one person to another.

Additionally, changes in brain chemistry are not something that people can change on their own with the approaches listed below. Instead, the factors listed here are meant to reduce daily stress and support overall mental health and well-being.

In other words, the information in this post should never be used to replace conventional medical treatment—it deals with “complementary strategies” only.

Therefore, you may try the additional strategies listed below if you and your doctor determine that they could be appropriate. Read through the approaches listed here and discuss them with your doctor before trying them out.

If your mood is significantly impacting your daily life, it’s important to see a doctor or psychologist as soon as possible. They are best equipped treat any underlying conditions and suggest complementary approaches, which may or may not include the strategies below.

Our bodies release cortisol when stressed. Cortisol likely decreases serotonin levels in the body by increasing serotonin reuptake. Some scientists hypothesize that too much cortisol can impair mental health. That is why reducing mental stress can help balance cortisol levels and increase serotonin [3].

Many of the lifestyle changes below can be used to decrease stress.

Therefore, engaging in activities and doing things that make you happier can help boost serotonin production.

However, don’t get discouraged if you can’t “make yourself feel happy.” Mental health and moods are complex and altering your mood is not simple nor is it always a good idea. Consciously trying to reframe some excessively negative thoughts in a positive light may be beneficial in some cases. In other cases, consulting a therapist is necessary.

Choosing activities that make you happy can help your brain produce more serotonin, but this isn’t a foolproof method, and many people need a therapist’s help.

Psychotherapy or counseling may change behavior, thinking patterns, brain chemistry, and possibly even increase serotonin activity (by increasing serotonin receptors). Psychotherapy is usually recommended together with pharmacotherapy in people with mood disorders [6].

In a study of 23 patients with depression who participated in psychotherapy for 4 months, therapy significantly increased serotonin activity and improved symptoms of depression [6].

Fatigue, as a result of exercise, increases the amount of tryptophan that can cross the blood-brain barrier (by decreasing BCAA levels) and thereby boosts serotonin production. The psychological benefits of physical exercise can be more readily achieved with consistent aerobic exercise training [7, 8, 9, 10].

Mice that ran on treadmills had higher levels of serotonin compared to mice that remained inactive. Brain tryptophan remained high even after exercise [11].

It has been long known that bright light helps treat seasonal depression. But several studies suggest that light is also effective for other forms of depression [12, 13, 14].

Additionally, some research suggests that people have higher serotonin levels in the summer compared to winter [15, 16].

According to one hypothesis that has yet to be proven, our modern way of life–in which we spend a lot of time indoors–may be depleting our serotonin levels, thereby making us more vulnerable to mood disorders [10].

Pioneer studies suggest that our skin may produce serotonin when exposed to sunlight, though large-scale studies have yet to confirm this theory [17, 18].

Going outside and spending more time in the sun on a regular basis may be a healthy way to boost your serotonin levels.

A review of over 200 peer-reviewed RCTs, clinical trials, and meta-analyses studying complementary and alternative medicine suggest that yoga and meditation may help uplift mood and improve symptoms of mild, moderate, and treatment-resistant depression when used as an add-on to standard care [21].

In fact, meditation activates many parts of the brain important for understanding the self, emotions, problem-solving, adaptability, and increasing awareness. Serotonin plays a role in wakefulness, along with other neurotransmitters, which are all raised in meditators according to some studies [22, 23, 24].

Thirty minutes of yoga and breathing exercises improved mood in a study of 71 healthy adults [25].

According to hundreds of studies, yoga and meditation may help lift mood and improve the symptoms of depression.

Interestingly, some researchers think that music may increase neurotransmitters like serotonin. Additionally, listening to music you like generally has a relaxing effect [26].

A study of 40 students around the age of 16 who participated in dance movement therapy had increased blood serotonin levels compared to the control group [27].

Dance therapy may be sometimes recommended as a complementary behavioral approach to pharmacotherapy and psychotherapy in some people with mood disorders.

Tryptophan is the amino acid building block for serotonin. Tryptophan is not produced by the body, so it must be taken in through diet.

On the other hand, lack of dietary tryptophan (compared to other amino acids) may lead to lower blood and brain tryptophan levels, decreasing serotonin production. Increased BCAAs may also lower tryptophan and serotonin, as well as dopamine in the brain. This may be relevant for people who take protein powders to enhance exercise performance [29, 30].

Consuming carbs increases serotonin levels by increasing the transport of tryptophan into the brain [31, 32].

Increasing the intake of healthy, complex carbs might be a good idea. Some examples of healthy carbs include whole fruits, vegetables, legumes, and nuts.

However, avoid unhealthy and refined carbs like sugar and white bread in your diet. Refined carbs have a plethora of negative health effects.

Massage therapy decreased cortisol and raised serotonin and dopamine in a broad population with stress-related health problems in 3 studies (review) [33].

In one study, 24 adults with low back pain were either given two 30 minute massages per week or subjected to standard relaxation procedures over the span of 5 weeks. Urine serotonin levels were higher in individuals who received massage therapy [34].

Neurofeedback allows individuals to consciously change their brain activity (EEG waves) and therefore modify their behavior and cognition. Some of its proposed clinical uses are for migraines, ADHD, and PTSD [35, 36].

However, neurofeedback is expensive, time-consuming, and likely only short-lasting. Its overall scientific validity has recently been brought into question [35, 36].

In one study, neurofeedback (30 minutes, 5 sessions weekly, 4 weeks) was applied to 40 patients with fibromyalgia syndrome (FMS). FMS patients may have lower serotonin and widespread pain in their muscles and bones. After 2 weeks, patients experienced less pain, fatigue, anxiety, and depression. However, this study was small and extremely short-lasting [35, 37].

Neurofeedback may help increase serotonin, but its effects are not likely to last very long.

In a randomized clinical trial, 75 women with fibromyalgia, acupuncture increased levels of serotonin in the serum, compared to placebo [38].

In rats, acupuncture-like stimulation increased serotonin activity in certain regions of the brain [39].

In a study of 25 drug-free hospitalized veterans with depression or bipolar disorder, bright white light improved depressive symptoms. However, further testing needs to be done on the negative consequences of long-term light treatment [42].

When sun exposure is not possible, bright light therapy and low-level laser therapy have each shown some promise for improving depression and increasing serotonin.

There is not much research about vagus nerve stimulation, mood and/or serotonin levels. The existing data are limited to findings in animals.

Some of these studies have fairly small sample sizes. Additionally, many of these natural methods of increasing serotonin in the body have only been tested in animals. Further research in humans is necessary to determine their safety and effectiveness.

In addition to the concentration of serotonin, both the number of serotonin receptors and their sensitivity may also play an integral role in determining serotonin activity.

Though serotonin is mostly made, stored, and released in the gut, serotonin acts as an important neurotransmitter in the brain. Some of these natural remedies and supplements need further testing to determine if they are able to cross the blood-brain barrier. Long-term application of these remedies should also be further studied.

Serotonin is an important signaling molecule throughout the brain and body. It is commonly known as the “happiness neurotransmitter” or the “happiness hormone” due to its prominent role in regulating mood.

Many factors are believed to affect the production of serotonin and subsequent levels of serotonin in the brain. Among these are stress reduction, psychotherapy, exercise, and exposure to sunlight. Eating healthy carbohydrates has likewise been linked to increased serotonin. Finally, certain physical treatments such as massage and acupuncture have shown promise in clinical trials.

Experimental research has suggested that certain illegal drugs (psychedelics and MDMA) may one day play a role in psychiatric medicine. However, this research is still very much in an early, speculative stage, and we strongly recommend against the use of recreational drugs in an attempt to increase serotonin.

What Is Dopamine & Is It Bad In Excess?

Different Types of Memory & How Memory Works in the Brain