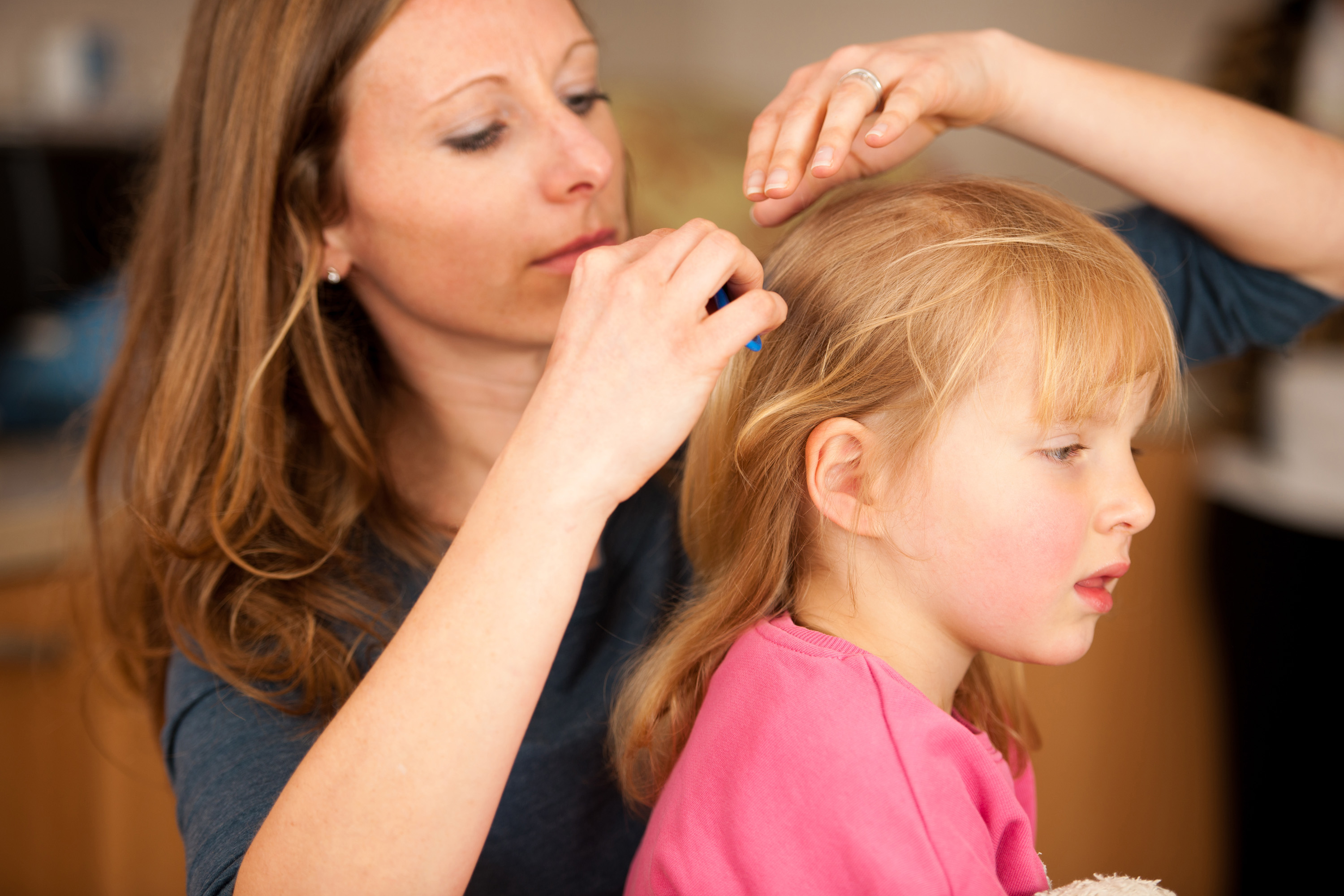 Hailed as a wonder drug for tropical diseases, ivermectin is used to treat parasitic infections in humans, pets, and livestock. This drug has alleviated the burden of river blindness and strongyloidiasis for millions of people. Read on to learn more about the uses, safety, and side effects of ivermectin.

Ivermectin (Stromectol, Mectizan, Sklice, Heartgard) is a medication used in the treatment of several parasitic infections in humans, pets, and livestock. Together with penicillin and aspirin, ivermectin is considered by some to be one of the drugs that has had the greatest impact on the health and wellbeing of humankind [1, 2].

Ivermectin was first used as a veterinary drug to combat parasitic infections in commercial livestock and pets, but it was soon approved for human use as well. Now, ivermectin is on the World Health Organization’s list of essential medicines [3, 4, 5].

In humans, ivermectin is FDA-approved to treat two kinds of parasitic infections, including [6]:

Generally speaking, ivermectin appears to work by paralyzing and killing parasites. More specifically, it has a high affinity for invertebrate (roundworm and arthropod) glutamate-gated channels. This causes the influx of chloride ions into muscle and nerve cells, which results in subsequent paralysis and death of the parasite [3].

Ivermectin may also suppress the ability of the parasite to release proteins that help it to evade the body’s natural immune defenses. Therefore, with the help of this drug, the immune response may overcome parasites and eliminate them [2, 7].

Ivermectin is a prescription medication that should only be used as directed by a doctor. The FDA has approved ivermectin for the treatment of two types of parasitic infections. Ivermectin is also sometimes used off-label to treat several other conditions.

Strongyloidiasis is a tropical disease affecting millions of people worldwide. It is caused by the parasite Strongyloides stercoralis, which belongs to the roundworm family.

Infection by this parasite is primarily through contact with soil that is contaminated with larvae. The larvae of this worm can penetrate through the skin after contact and eventually make its way to the intestines [8].

Many people who become infected with Strongyloides do not experience symptoms. Some symptoms that may develop include diarrhea, constipation, skin rashes, abdominal pain, and heartburn. If you suspect you may have an infection, talk to your doctor [8].

Ivermectin is typically the drug of choice for the treatment of strongyloidiasis in the intestines. According to clinical trials, a single 200-mcg/kg dose of ivermectin may cure infection in about 64-100% of patients, while treatment with 2 doses of ivermectin may have a cure rate close to 100% [6, 9].

However, ivermectin does not kill the larvae of this parasite, only the adult worms. This is why additional doses of ivermectin are sometimes needed to completely eliminate an infection [10].

River blindness (onchocerciasis) is a tropical disease caused by a parasitic worm called Onchocerca volvulus. This disease is spread by repeated bites from the black fly, an insect that lives and breeds near streams and rivers. Once inside the body, the larvae of this parasite typically make their way to the skin and eyes [11].

Some people do not experience symptoms while infected with Onchocerca volvulus. Also, larvae may take 3 months to a year to mature into adults while inside the body. Some symptoms of infection include itching, swelling, inflammation, and discoloration of the skin. As the name suggests, this infection may also affect the eyes and cause blindness [12].

A number of clinical trials spanning over three decades, including thousands of people, have shown that ivermectin is effective for the treatment of river blindness [13, 14, 15, 16, 17, 18, 19].

However, ivermectin is only effective against the larvae of Onchocerca volvulus — it does not appear to have activity against adult parasites. Treatment with ivermectin typically requires multiple doses, which may be taken 3 to 12 months apart [6].

Ivermectin is sometimes used for several off-label conditions, which we’ll discuss in the following sections. If you are prescribed ivermectin, always take the medication as directed by your doctor.

Lymphatic filariasis (also known as elephantiasis) is caused by worm invasion into the lymphatic system. This disease threatens over 1 billion people in more than 80 countries. Several species of parasitic worms may cause lymphatic filariasis, including Wuchereria bancrofti, Brugia malayi, and B. timori [20].

The parasites are transmitted from person to person by bites from infected mosquitos. While most infected people have no symptoms, some individuals may develop lymphedema, a buildup of fluid in the lymph system resulting in swelling. This swelling typically occurs in the legs, but may also affect the arms and genitalia [21].

Ivermectin is sometimes used to treat head lice, based on results from emerging research.

For example, a double-blind randomized controlled trial of 765 patients found that a single 10-minute application of 0.5% topical ivermectin on dry hair may eliminate a head lice infestation [23].

Scabies is a skin infestation caused by a mite called Sarcoptes scabiei. While topical permethrin is usually the preferred treatment for scabies, oral ivermectin is sometimes used as a second or third-line treatment [26, 27].

A recent review of 15 studies including 1896 participants suggests that there is no difference in effectiveness between topical permethrin, topical ivermectin, and oral ivermectin [28].

There’s some evidence that topical ivermectin may be effective for the treatment of certain types of rosacea, a common skin condition that causes redness and small bumps on the face [29].

One study found that a 1% topical ivermectin cream used for 12 weeks may reduce rosacea symptoms and improve quality of life [30].

Ivermectin is approved for use in many animals, including cattle, sheep, horses, pigs, dogs, and cats. Similar to human use, ivermectin acts as an antiparasitic agent in the treatment of worms and arthropods, including [33]:

Ivermectin is generally considered safe and is well tolerated in humans. Side effects are usually minor and temporary [30, 1].

Below are some commonly reported side effects. This list does not cover all possible side effects. Contact your doctor or pharmacist if you notice any other side effects [34, 35]:

In rare cases, the drug may cause encephalopathy (brain inflammation) [36].

Some side effects are specific to certain diseases and are typically caused by the immune system reacting to the presence of dead parasites.

In lymphatic filariasis, in the first 24 hours following therapy, patients may experience [6]:

In river blindness, in the first couple of days following therapy, patients may experience [6]:

According to the FDA, ivermectin should not be used by anyone who is hypersensitive to any component in the medication [6].

Ivermectin shouldn’t be administered to people with high Loa loa (roundworm species) parasite counts. These parasites, when dying, can cause functional impairment, coma, and serious (possibly fatal) effects on the brain, such as encephalopathy. The more parasites in the patient – the higher the risk [6, 37, 38, 39].

Loa loa can be contracted in Western and Central Africa.

During Pregnancy and Breastfeeding

Animal research indicates that toxic doses of ivermectin may cause fetal malformations, but there are no adequate studies in pregnant women. According to the FDA, ivermectin should not be used during pregnancy because its safety in pregnancy is not established [6].

Low concentrations of ivermectin are excreted in breast milk. According to the FDA, ivermectin should only be used in breast-feeding mothers only if the medical benefits outweigh the risks [6].

A mutation in the MDR1 (multidrug resistant) gene, responsible for encoding an important blood-brain barrier protein, may result in hypersensitivity to ivermectin in some dog breeds, specifically [40]:

Kittens are particularly susceptible to ivermectin toxicity. They may experience diarrhea, loss of muscle coordination, and coma [41].

Ivermectin is broken down by liver CYP3A4 enzymes. Drugs that inhibit CYP3A4 can increase ivermectin levels in the body and may increase the risk of side effects [42].

Many drugs may inhibit CYP3A4, including statins, HIV protease inhibitors, dexamethasone, lidocaine, barbiturates (such as phenobarbital, butalbital), benzodiazepines (such as clonazepam, lorazepam), and valproic acid.

In dogs, the insecticide spinosad may increase the potency of ivermectin, by increasing its transport across the blood-brain barrier [44].

The dosage of ivermectin can vary depending on many factors, such as body weight and the type of infection. If you are prescribed ivermectin, always take the medication as directed by your doctor.

For strongyloidiasis, the FDA recommended dosage is a single oral dose of 200 mcg of ivermectin per kg of body weight. Follow-up stool examinations should be performed to verify eradication of infection. Additional doses may be required if the infestation persists [6].

For river blindness/onchocerciasis, the FDA recommended dosage is a single oral dose of 150 mcg of ivermectin per kg of body weight. The dose can be repeated every 12 months, or at intervals as short as 3 months [6].

Doses should generally be taken on an empty stomach with a glass of water.