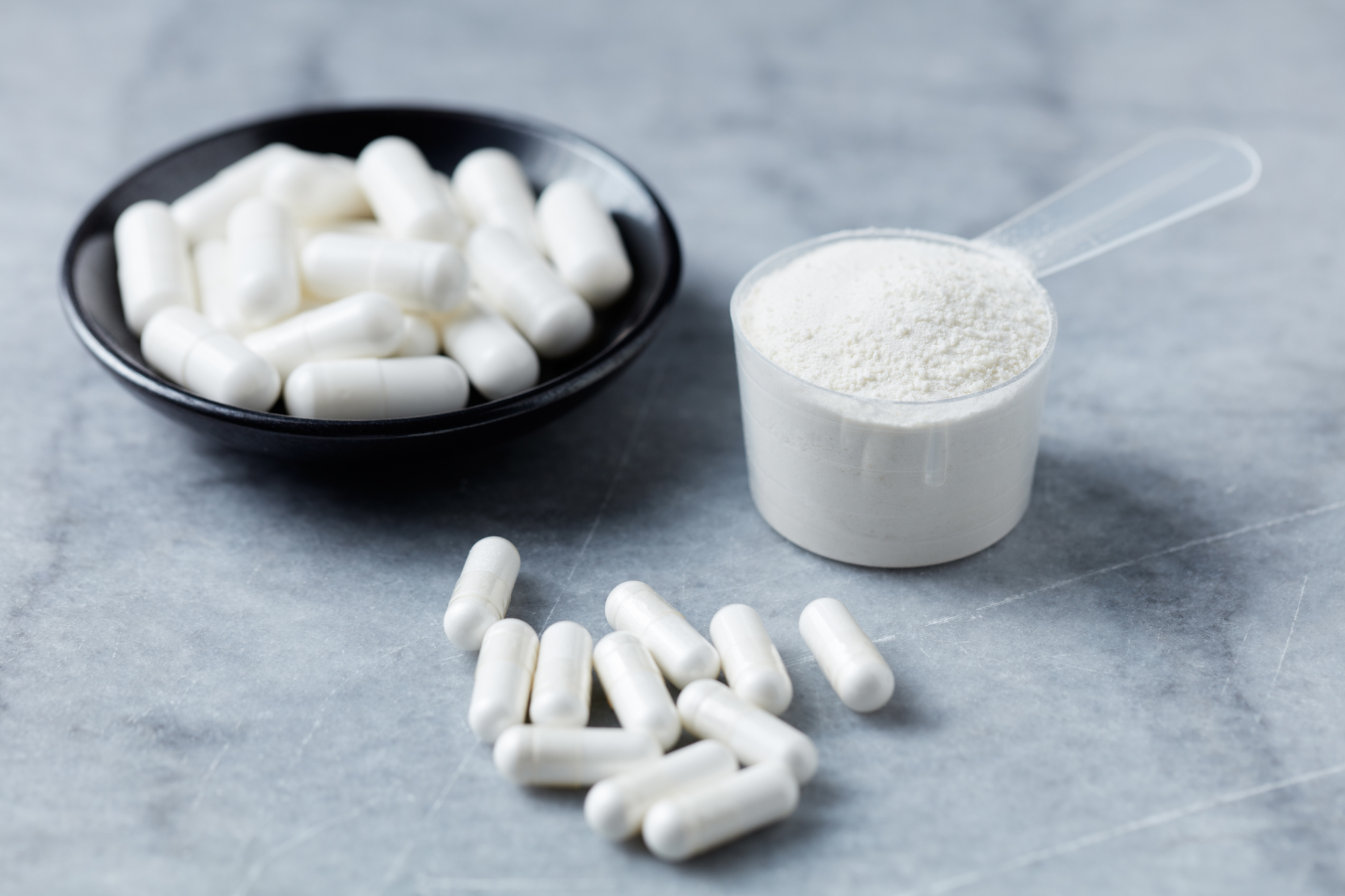 Methylsulfonylmethane (MSM) is a naturally occurring sulfur compound stored in every cell of the body. Manufacturers say it helps the hair, skin, and nails grow faster, softer and stronger. However, no evidence supports their claims. Researchers are investigating its effects on brain function pain reduction. Read on to understand the purported benefits and side effects of this supplement.

It is an organic compound found in foods including fruits, vegetables, grains, milk, and beverages. It’s also found in green plants like horsetail [2, 3].

MSM is a source of sulfur, which is an important component of proteins, collagen, keratin, hormones, and enzymes [4, 5].

However, MSM supplements have not been approved by the FDA for medical use. Supplements generally lack solid clinical research. Regulations set manufacturing standards for them but don’t guarantee that they’re safe or effective. Speak with your doctor before supplementing.

MSM is possibly effective for improving the symptoms of osteoarthritis in the knee.

Clinical research shows MSM can modestly reduce some symptoms of osteoarthritis like pain and swelling and improve joint function or physical function. It was used either alone or in combination with glucosamine at 1.5 to 6 grams orally in two to three divided doses daily [7].

It should be noted that the improvements were small, so it is still unknown if there is any clinical significance, particularly as there are not any studies on the long-term effects of MSM on osteoarthritis [7].

Scientists are exploring the effects of MSM on inflammatory pathways and cytokines, including IL-6, TNF-α, IL-1β, IL-8, and prostaglandin E2 [8, 9, 10].

In clinical trials, a cream with MSM and EDTA reduced calf, ankle, and foot swelling in patients with chronic venous insufficiency. However, MSM alone seemed to increase swelling in these patients [11].

MSM seems to be ineffective for enhancing exercise performance.

In one trial, MSM (1.5-3.0 grams daily) for 4 weeks did not improve exercise performance during knee extension tests [12].

In another human study, a specific cream containing magnesium and MSM (MagPro, Custom Prescription Shoppe) applied prior to stretching and pedaling on a gym bicycle did not improve flexibility or endurance [13].

There is insufficient evidence to support the use of MSM for any of the below-listed uses.

Remember to speak with a doctor before taking MSM supplements. MSM should never be used as a replacement for approved medical therapies.

There is insufficient evidence to support the use of MSM for allergies, though early studies show some promise.

Allergic symptoms (a runny nose, watery and itchy eyes, stuffed nose, sneezing), as well as lower respiratory symptoms (coughing, shortness of breath), were reduced in persons with seasonal allergic rhinitis after taking 2600mg of MSM supplementation for one month in a small trial [14].

Some researchers hypothesize that MSM alleviates allergies through its anti-inflammatory and antioxidant properties and binding to the mucosa to block host-allergen contact. These theories remain unproven [15, 16].

Further studies examining the effects of MSM on allergies are necessary to determine its effectiveness and safety.

In one study including 35 subjects suffering from chronic snoring, MSM administered to each nostril 15 minutes prior to sleep provided a significant reduction of symptoms in 80% of the subjects after 1 to 4 days of use [17].

However, these findings have not been replicated. Therefore, additional trials are needed to rate the effectiveness of MSM for snoring.

No clinical evidence supports the use of MSM for any of the conditions listed in this section.

Despite a lack of solid research, companies often claim that MSM is a strong antioxidant, capable of inactivating free radicals [18, 19].

On a cellular level, scientists suggest that MSM provides sulfur for producing antioxidants such as glutathione, and the amino acids methionine, cysteine and taurine [20, 21, 22].

Research is exploring its effects on other nutritional antioxidants, such as vitamins C, vitamin E, coenzyme Q10, and selenium [23].

Additionally, some scientists consider that MSM is a methyl donor. Theoretically, it may reduce homocysteine levels, suggesting its potential role in the process of methylation oxidative stress reduction. These theories have yet to be scientifically validated [4].

Researchers suggest that methylsulfonylmethane (MSM) may help rebuild the lining of the digestive tract. According to one theory, it might help stop particles from leaving small junctions. It’s being researched for Leaky Gut Syndrome, colitis, and inflammatory bowel diseases [24, 25].

Clinical studies are needed to evaluate the effects of MSM on gut health humans.

In one study, a gel containing MSM in combination with hyaluronic acid and tea tree oil (Proctoial, BSD Pharma) improved symptoms of hemorrhoids (pain during defecation, visible bleeding, and inflammation/irritation) after two weeks. However, the contribution of MSM to the observed effect remains unclear [26].

The effects of MSM on skin health in humans are unknown.

In animal studies, Methylsulfonylmethane (MSM) has been found to soften skin and strengthen nails [27].

Another study suggested that Methylsulfonylmethane (MSM) with silymarin may improve erythematous-telangiectatic rosacea. This combination improved skin redness, papules, itching, hydration, and returned the skin to a normal color [28].

Additionally, this combination did not improve the burning sensation that some patients experience as a symptom of Rosacea. However, this formulation did improve the intensity and longevity of the stinging sensation. The effects of MSM alone on skin health can’t be teased apart based on this study [29, 30].

Some scientists think that methylsulfonylmethane (MSM) may repair rigid fibrous tissue cells in muscles that are broken down during muscle usage [32].

In animals, methylsulfonylmethane (MSM) reduced muscle damage via promotion on antioxidant capacity that inhibited lipid peroxidation. In turn, this helped decrease leakage and the release of CK and LDH into the blood. CK and LDH levels are usually elevated after intense muscle usage. MSM also removed lactic acid, which causes a burning sensation after exercise [33].

Given the ineffectiveness of MSM for enhancing exercise performance, large-scale studies are needed to accurately determine its effects on muscle recovery in humans.

A study in rats found that Methylsulfonylmethane (MSM) might reduce hair loss (alopecia).

When applied to the depilated back skin of male rats along with MAP (Magnesium Ascorbyl Phosphate) it was found that methylsulfonylmethane (MSM), with MAP, improves hair growth in a dose-proportional manner by boosting collagen and keratin levels [34].

According to one unapproved theory (involving Robert Herschler who holds an MSM patent in the US), MSM lays a coating in the gut making it harder for parasites to attach themselves, and forcing them to be out of the body. No scientific data back this theory up [35].

In mice prone to the development of autoimmune lymphoproliferative disease (ALD), MSM seemed to increase lifespan and diminish enlargement of lymph nodes and spleen, and anemia [36].

In a study with mice with systemic lupus erythematosus (SLE), MSM had a protective effect before and after the onset of the disease. Mice on a diet with MSM suffered less liver damage and had lower death rates [5].

Due to a lack of proper clinical data, no standard MSM dosage can be established.

Studies show that 1.5 – 6 grams daily divided in 2 to 3 doses seems to be safe and well-tolerated in people with osteoarthritis [37].

According to limited research, MSM taken by mouth is rapidly absorbed in the gut, well distributed in the body, and efficiently excreted in the urine [38, 5, 39].

A study suggested that after ingestion, MSM gives up its sulfur to form collagen and keratin found in hair and nails, to form amino acids methionine and cysteine, and to form blood proteins [22].

When DMSO is taken orally or applied on the skin, about 15% of it is converted to MSM [38].

Lower absorption through the skin may be due to retention in the skin at the site of application which could, theoretically, be beneficial for some dermatological conditions.

It is also found in green plants such as horsetail and certain species of algae, as well as in bovine and human adrenal glands, milk, and urine [3].

Fresh, raw plant-based foods are the healthiest source of MSM.

As a supplement, MSM is available in the form of capsules/tablets, crystals, powders, lotions, and creams [42].

MSM is currently sold as a single agent and in combination with other dietary supplements (glucosamine, chondroitin sulfate) [4].

The long-term safety of Methylsulfonylmethane (MSM) is not well known, but MSM is probably safe to take for up to 6 months.