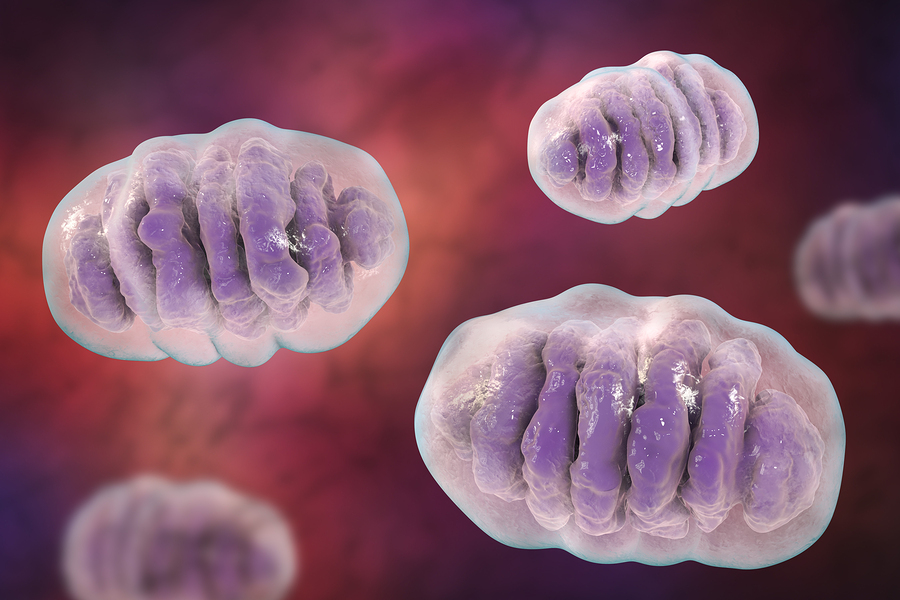 Mitochondria turn food into energy for the body. But if they start to malfunction, free radicals can flood the cell, and a number of health problems might arise. Read about the symptoms of mitochondrial dysfunction and the diseases linked to it.

Recap: Why Mitochondria Are So Important

Properly functioning mitochondria are central to health, as they are the main energy provider of the cell. However, reactive oxidative species produced by mitochondria accumulate over time, and oxidative stress leads to age-related diseases. Due to the vast role of mitochondria in the cell, mitochondrial dysfunction is linked to hundreds of diseases [1, 2, 3].

Additionally, a number of metabolic disorders are associated with genetic mutations in either mitochondrial or nuclear DNA. These mutations may be inherited or occur randomly [2].

Note that while mitochondrial dysfunction has been observed in or linked to these conditions, it is not necessarily the cause (or even a cause). As such, strategies intended to improve mitochondrial function may or may not help manage these diseases. When in doubt, your doctor can help you understand the role of the mitochondria in your health.

Mitochondria produce energy and remove old, damaged cells. But since the mitochondria use oxygen, their dysfunction can lead to a buildup of cellular waste and free radicals.

On the other hand, cancer cells increase the turnover of mitochondria that have accumulated free radicals. Oxidative stress is increased in cancer cells, which damages the surrounding tissue [4].

One of the hallmarks of cancer is the ability of the cell to avoid programmed cell death (apoptosis). Normally, the mitochondria of healthy cells would trigger this process if the cell was replicating too much or too quickly. However, in cancer cells, programmed cell death is avoided by increasing the destruction of mitochondria that have accumulated free radicals. They also turn on antioxidant pathways so that oxidative stress does not trigger cell death [4, 1].

Cancer cells also produce energy differently through a process known as the Warburg effect. Energy production is largely done without oxygen (anaerobically), via glycolysis. This may be caused by turning down mitochondrial function to avoid apoptosis [4, 1].

Aerobic respiration through the Krebs cycle and oxidative phosphorylation still occur in cancer cells but to a lesser degree.

Scientists think that mitochondrial dysfunction may play a role in cancer, but this hasn’t been sufficiently proven.

Mitochondrial dysfunction is a large cause of age-related neurodegenerative diseases like Alzheimer’s, ALS, and Parkinson’s disease. The accumulation of free radicals with age results in DNA and protein damage. Mitochondria accumulate defective proteins that cause loss of energy production and ultimately cell death [3].

The mitochondria have been observed to behave differently (to be dysfunctional) in specific neurodegenerative diseases like Alzheimer’s and Parkinson’s.

Mitochondrial dysfunction is implicated in the brain changes characteristic of Alzheimer’s and Parkinson’s disease.

Improper mitochondrial function has been seen in patients with both type 1 and type 2 diabetes. Aside from having a lack of glucose for respiration, the network and shape of mitochondria in the cells of diabetic patients may be abnormal [6, 1].

In diabetic patients, the mitochondria are broken up into small fragmented networks (increased division, decreased fusion) throughout the cell. This has been observed in both type 1 and type 2 diabetes [6].

Type 2 diabetes is characterized by insulin resistance in cells, reducing the amount of glucose available for respiration. This decreases ATP production and thus the energy available to the cell [6].

Type 2 diabetes might be marked by poor mitochondrial function, but more research is needed to confirm this.
8 Ways To Use Your DNA & Optimize Your Health

Heart cells rely heavily on mitochondria to power the pumping of the heart. Mitochondrial dysfunction is implicated in heart failure due to the buildup of oxidative stress [1].

Patients with heart failure exhibit reduced mitochondrial activity. The mitochondria have lower activity at electron transport chains. This is caused by a loss of oxygen supply to the mitochondria [1].

Since oxygen supply is reduced, electrons at the electron transport chain cannot be picked up by oxygen. This leads to the accumulation of electrons, which produce free radicals [1].

Chronic Fatigue Syndrome, commonly known as CFS, is a controversial and lifelong disorder characterized by prolonged (over 6 months) symptoms of intense fatigue that can reduce a person’s ability to perform daily functions by over 50%. Patients with CFS suffer from a variety of other symptoms including [7]:

Although it was once thought to be a disease of the mind, increasing evidence points to mitochondrial dysfunction as one of the leading possible causes of this disorder [8].

Multiple clinical trials have been conducted and have produced mixed results. According to some researchers, CFS may be linked to one or more of the following mitochondrial abnormalities [9]:

A number of studies indicated that there were no significant differences in mitochondrial structure or function of healthy and normal patients. Further studies are required to fully understand the cause of this condition, the role of mitochondrial dysfunction and how to effectively treat patients.

A link between mitochondrial dysfunction and chronic fatigue syndrome has been proposed but never confirmed.

Some metabolic diseases that are caused by mitochondrial and/or nuclear DNA mutations include [2, 1]:

During female egg cell (oocyte) production, each egg cell will carry a random selection of mitochondrial DNA copies. Some of the copies may carry mutations, whereas some may be completely normal. As the egg cell matures and prepares for fertilization, many mitochondria are replicated at random. This may dilute the chance of inheriting mutant mitochondria [10].

This phenomenon means that if the mother carries highly mutant mitochondria, her offspring will not necessarily carry the trait [10].

If enough cells carry mutant mitochondrial DNA – for example, more than 50% of the cells in the body – it is likely that the child will have the associated disorder.

Using in vitro fertilization, the egg is then artificially inseminated using the paternal semen. The fertilized egg is then reintroduced into the mother’s uterus, where it can latch on to the uterus [11].

The offspring will have all of the physical characteristics of their biological parents because the nuclear DNA is unchanged. The only thing that is different is that this child will have proper mitochondrial function, unlike the mother who carries mutated copies of the mitochondrial DNA [11].

Some researchers have identified possible signs that the mitochondria are not functioning as they should. These include:

Note that these symptoms may have many causes other than mitochondrial dysfunction. In fact, they are more likely to be associated with another diagnosable and treatable health problem, which your doctor can identify and address.

If you are currently suffering from symptoms such as these, and they are not currently being addressed, we strongly recommend talking to a doctor to determine the best treatment or management plan for your health.

Mitochondria produce energy (ATP), recycle parts of cells that can be reused, and remove cells that are old and damaged beyond repair.

But since the mitochondria use oxygen, an excess of their byproducts can cause oxidative stress. When mitochondria break down, free radicals and cellular waste can flood cells and cause harm.

The symptoms of mitochondrial dysfunction can greatly vary from person to person and may include fatigue, shortness of breath, coordination issues, and neurological problems, among others.