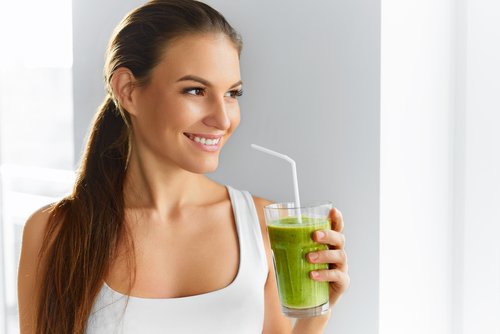 Medium-chain triglycerides (MCTs) have been researched for a variety of health conditions including seizures and digestive disorders. More recently, they became a popular choice for weight loss & exercise performance, but there’s not enough evidence to back up their effectiveness. Read on to learn the benefits and drawbacks of MCTs.

What are Medium Chain Triglycerides?

Medium chain triglycerides (MCTs) have fatty acid tails that are 6-12 carbons in length [1].

There are both synthetic and natural MCTs. Natural sources include coconut oil, palm kernel oil and dairy fat [1].

MCTs have been used in the treatment of digestives problems such as pancreatic insufficiency and fat malabsorption. More recently, scientists have examined their potential to improve blood glucose control, exercise performance, metabolism, and more [2, 3].

MCTs have been considered safe for human consumption by the FDA for over 20 years [2].

According to two clinical trials of 67 children with drug-resistant epilepsy, oral MCTs can reduce the incidence of seizures, including clonic, akinetic, and petit mal seizures [4, 5].

One study on overweight men found that MCTs, compared to Long Chain Triglycerides (LCTs), led to reduced appetite and increased feelings of fullness [6].

This MCT rich diet caused greater fat burning and fat loss when compared to an LCT rich diet. It also indicated that these effects can diminish after the body has adapted, around 2-3 weeks [6].

Similarly, another study found that after 7 days, individuals on a diet rich in MCTs from coconut oil and butter burned more fat and had a significantly higher resting metabolic rates than those consuming diets rich in beef tallow [8].

According to preliminary research, MCTs can increase satiety, or feelings of fullness, which leads to reduced food intake [15].

They are broken down faster than LCTs making them more readily used by the body and less likely to be converted to and stored as fat [15].

In studies performed on cells, MCTs reduced the conversion of excess carbohydrates to fats [2].

No valid clinical evidence supports the use of MCTs for any of the conditions in this section. Below is a summary of up-to-date animal studies, cell-based research, or low-quality clinical trials which should spark further investigation. However, you shouldn’t interpret them as supportive of any health benefit.

Despite the promising effects of MCTs on food intake and metabolism, the results are less conclusive when it comes to weight loss.

The observed effects are modest and may not be clinically significant. At this point, MCTs can’t be recommended as a complementary approach to weight loss.

A study on mice found that they performed much better in swimming tests when fed an MCT rich diet compared to an LCT rich diet [18].

One study showed that diets rich in MCTs increased insulin sensitivity in 20 subjects, of which 10 had type 2 diabetes [20].

However, in one study of 17 volunteers, MCT supplementation resulted in significantly higher blood glucose concentrations, as well as cholesterol and blood lipids [22].

More studies are needed to clarify the conflicting effects of MCTs on blood sugar control.

MCTs have been shown to improve learning, memory, and brain processing in individuals with mild to moderate Alzheimer’s disease, although this was only noticed in those who didn’t have the APOE4 gene [23].

In a pilot study of 6 participants, high-dose MCTs (56 g/day) improved memory compared to placebo in individuals with mild cognitive impairments [24].

One study showed that supplementation of MCTs along with leucine-rich amino acids and Vitamin D3 may improve muscle strength and mass in 38 frail elderly individuals. Further research is warranted [25].

In 40 women, natural sources of MCT, like coconut oil, along with low-calorie diets led to reduced LDL cholesterol and increased HDL cholesterol when compared to soybean oil [26].

Some studies have shown that MCT supplements had no effects or even negative effects on cholesterol [30, 22].

MCTs have a long history of medical use; they are safe and well-tolerated in most cases. Nausea, stomach cramping, and other gut problems are potential side effects from higher doses [15].

They are also safe for children under medical supervision, while pregnant and breastfeeding women should avoid them just in case [31].

The below doses may not apply to you personally. If your doctor suggests using MCTs, work with them to find the optimal dosage according to your health condition and other factors.

A safe and effective dosage of MCT ranges between 5-50 g/day or 1-25% of total daily calories, depending on the health condition and other sources [2, 6].