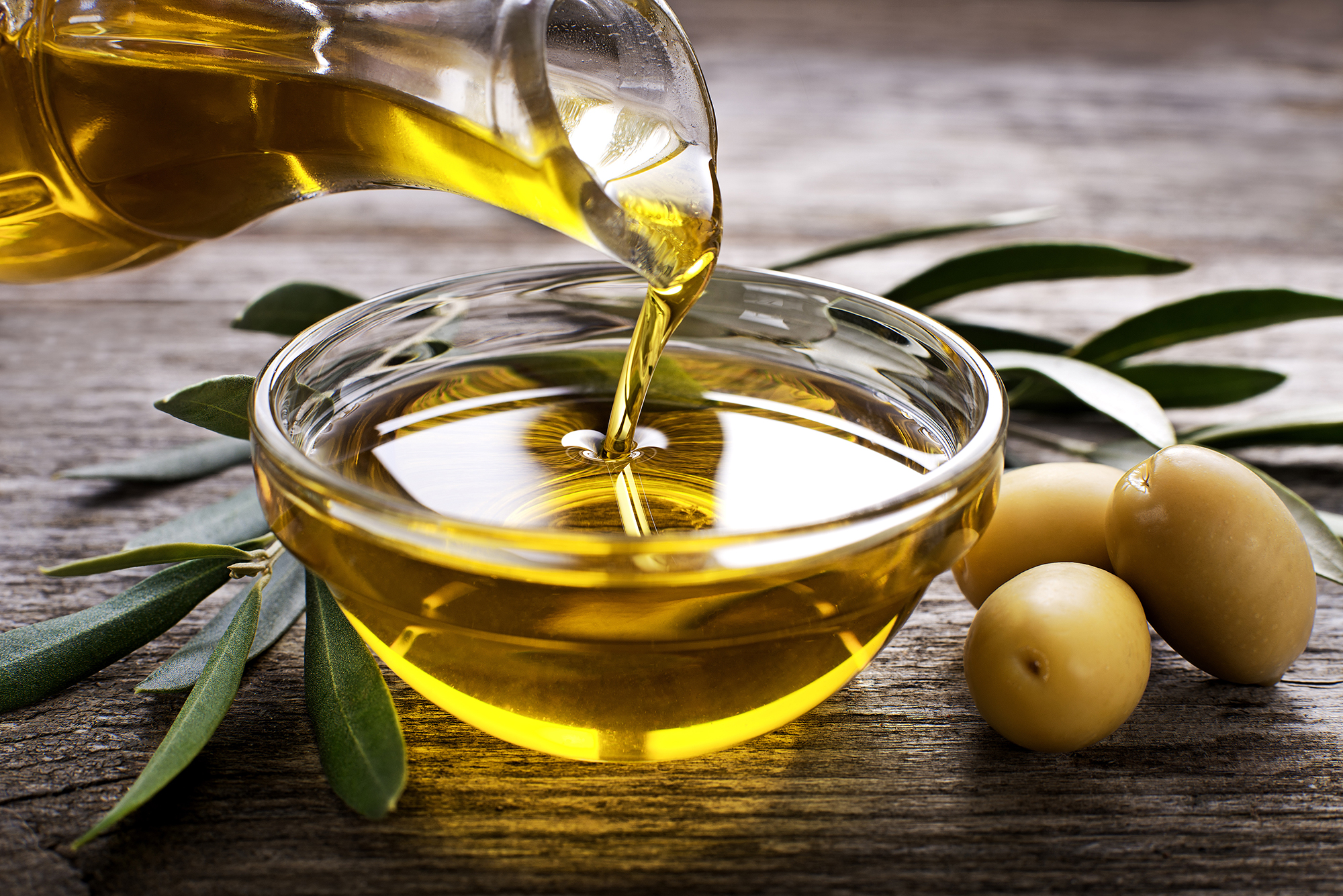 Olive oil is not only good for cooking but for our health as well, with potential benefits to blood sugar, heart health, metabolic syndrome, depression, and more. Read on to learn how to take advantage of this Mediterranean superfood.

What is Olive Oil?

Olive oil is fat from the olive, a traditional tree crop of the Mediterranean Basin. The oil is made by pressing whole olives [1].

Along with its culinary and religious uses, it also has many health benefits. The phenols in the oil contain most of the beneficial properties.

Olive oil is also the primary fat source in the Mediterranean diet, a dietary strategy increasingly used to improve brain and heart health [2].

Olive oil is safe to eat as food, but has not been approved by the FDA for medical use. Regulations set manufacturing standards for them but don’t guarantee that they’re safe or effective. Speak with your doctor before supplementing.

The Mediterranean diet uses olive oil as its main source of fat. The ADA recommends using this diet to improve blood sugar control. By following this diet, there is a 20%-23% lower risk of developing type 2 diabetes [3].

Older adults who were at risk of losing their eyesight due to diabetes were put on a diet containing olive oil. They were less likely to lose their eyesight in comparison to those who did not increase their olive oil intake [5].

165 patients who were at high risk for heart disease went on a diet including olive oil. Those patients had decreased blood pressure, total cholesterol, low-density cholesterol, and triglycerides [6].

The following purported benefits are only supported by limited, low-quality clinical studies. There is insufficient evidence to support the use of olive oil for any of the below-listed uses. Remember to speak with a doctor before taking using olive oil for medical reasons, and never use it in place of something your doctor recommends or prescribes.

Metabolic syndrome is a group of risk factors that increase the risk of heart problems, stroke, and diabetes.

In women, an oil-rich diet reduced the risk of metabolic syndrome as well as heart disease [12].

A combination of olive and fish oil have a synergistic effect on lipid metabolism and oxidative stress in patients [13].

Additionally, it is likely to cause the reversion of this condition [14].

Depressed patients were given a diet that included olive oil and evaluated over the time period. They showed a decrease in depression scores [15].

No clinical evidence supports the use of olive oil for any of the conditions listed in this section. Below is a summary of the existing animal and cell-based research, which should guide further investigational efforts. However, the studies listed below should not be interpreted as supportive of any health benefit.

Mice that had memory loss had olive oil included in their diet for 8 weeks. Their memory improved, and there was a significant response in the cortex to promote the formation of new cells in the brain [17].

Alzheimer’s is characterized by the accumulation of β-amyloid (Aβ) and tau proteins in the brain. In mice, the oil leads to an up-regulation of Aβ degrading enzymes, which helps prevents Alzheimer’s [18].

Oil with vitamins might be beneficial to include in the diet of women to help for bone protection and against oxidative stress [21].

Scientists treated mice (who had induced ulcers) with either water or olive oil to help them heal. The oil helped heal pressure ulcers and improved skin health [22].

One of the main phenols in olive oil, hydroxytyrosol, possesses antitumor effects due to pro-oxidant properties, the capacity to inhibit the growth of cells, and the promotion of cell death. Hydroxytyrosol treatment reduced thyroid cancer cells by promoting programmed cell death in those cells [24].

Higher olive oil intake may be a protective factor against breast cancer [25].

Another polyphenol, oleuropein, can cause programmed cell death in breast cancer, colorectal cancer, and thyroid cancer [26].