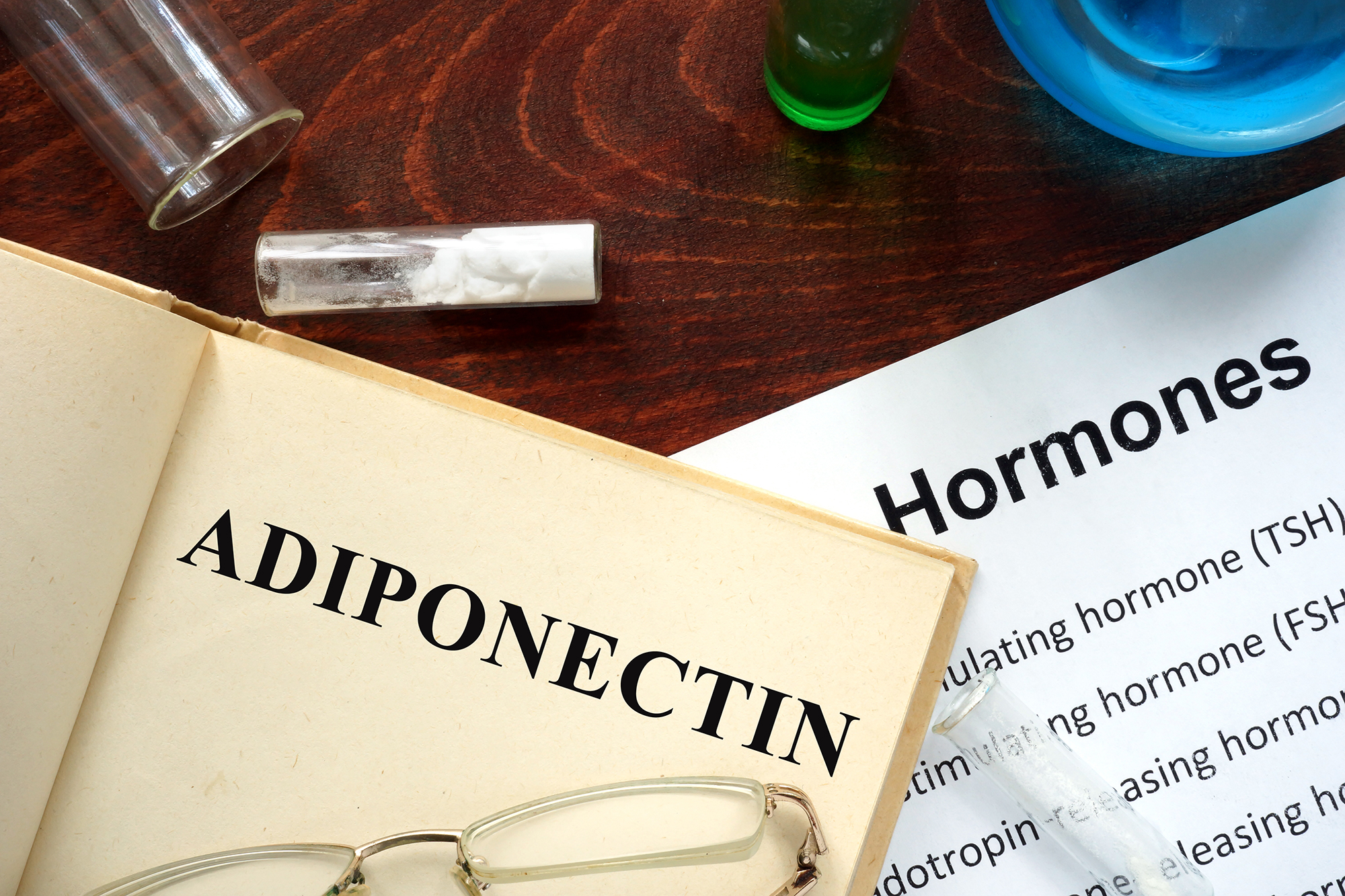 Adiponectin plays key roles in fat metabolism, inflammation, immunity, and more. It can help prevent diabetes and other metabolic disorders by supporting fat oxidation and glucose uptake. On the other hand, high levels may be associated with autoimmunity. Read on to learn the roles of adiponectin in more detail.

Adiponectin is released from fat cells, and it’s involved in the control of fat metabolism and regulating glucose levels [1].

This protein hormone helps suppress metabolic derangements which lead to type 2 diabetes, obesity, atherosclerosis, non-alcoholic fatty liver disease, and more. Most importantly, it suppresses glucose production in the liver and stimulates fat burning in the muscles [2].

Adiponectin may play a role in cell growth, the formation of new blood vessels, and tissue remodeling by binding and sequestering various growth factors [2].

Adiponectin stimulates AMPK, which is a pathway involved in cellular energy homeostasis [3].

It blocks the effects of the inflammatory cytokine TNF-alpha and inhibits NF-kB signaling [4].

Overall, adiponectin plays an important role as a messenger to communicate between fat tissue and other organs. It influences metabolism, protects cells from apoptosis, and reduces inflammation in different cell types [5].

Adiponectin Levels in Health and Disease

Adiponectin levels are a marker of metabolic health. Low or high levels don’t necessarily indicate a problem if there are no symptoms or if your doctor tells you not to worry about it.

Low adiponectin levels have been observed in some patients with the below conditions. That said, adiponectin may not play any role in these conditions and may just be a biomarker:

Unlike metabolic diseases, the production of adiponectin is increased in systemic autoimmune and inflammatory diseases. Preliminary evidence suggests that adiponectin may be related to disease activity and severity in conditions such as rheumatoid arthritis, osteoarthritis, and systemic lupus erythematosus [11].

Adiponectin is highly expressed in the inflamed joint tissue and correlates closely with progressive bone erosion in some rheumatoid arthritis patients [12].

Adiponectin can increase the Th1 and Th17 immune responses, which play a role in autoimmunity [12, 13].

In a mouse model of arthritis, adiponectin injection resulted in an earlier and more severe onset of arthritis, aggravated arthritic progression, bone erosion, and osteoporosis [12].

However, in a different model of brain inflammation, adiponectin inhibited Th17 immunity [14]. Additionally, Th1 and Th2 cytokines were lower in people with higher adiponectin who had metabolic syndrome [15].

It seems like whether adiponectin causes inflammation or reduces it will depend on other biological factors.

The following is a list of complementary approaches to improve metabolic health that may also increase adiponectin levels. Despite the promising preliminary research, additional large-scale studies are needed. Remember to talk to your doctor before making any major changes to your day-to-day routine.